Matthew Perry wrote his memoir, Friends, Lovers and the Big Terrible Thing to help others struggling with alcohol and opioid addiction — because he nearly died from his, more than once. Some of the stories, however, are lighter fare about his love life. He also writes about a weird rivalry with Keanu Reeves.

The Friends star, 53, revealed that he had a steamy make-out session with Valerie Bertinelli while her then-husband Eddie Van Halen was passed out drunk next to them. 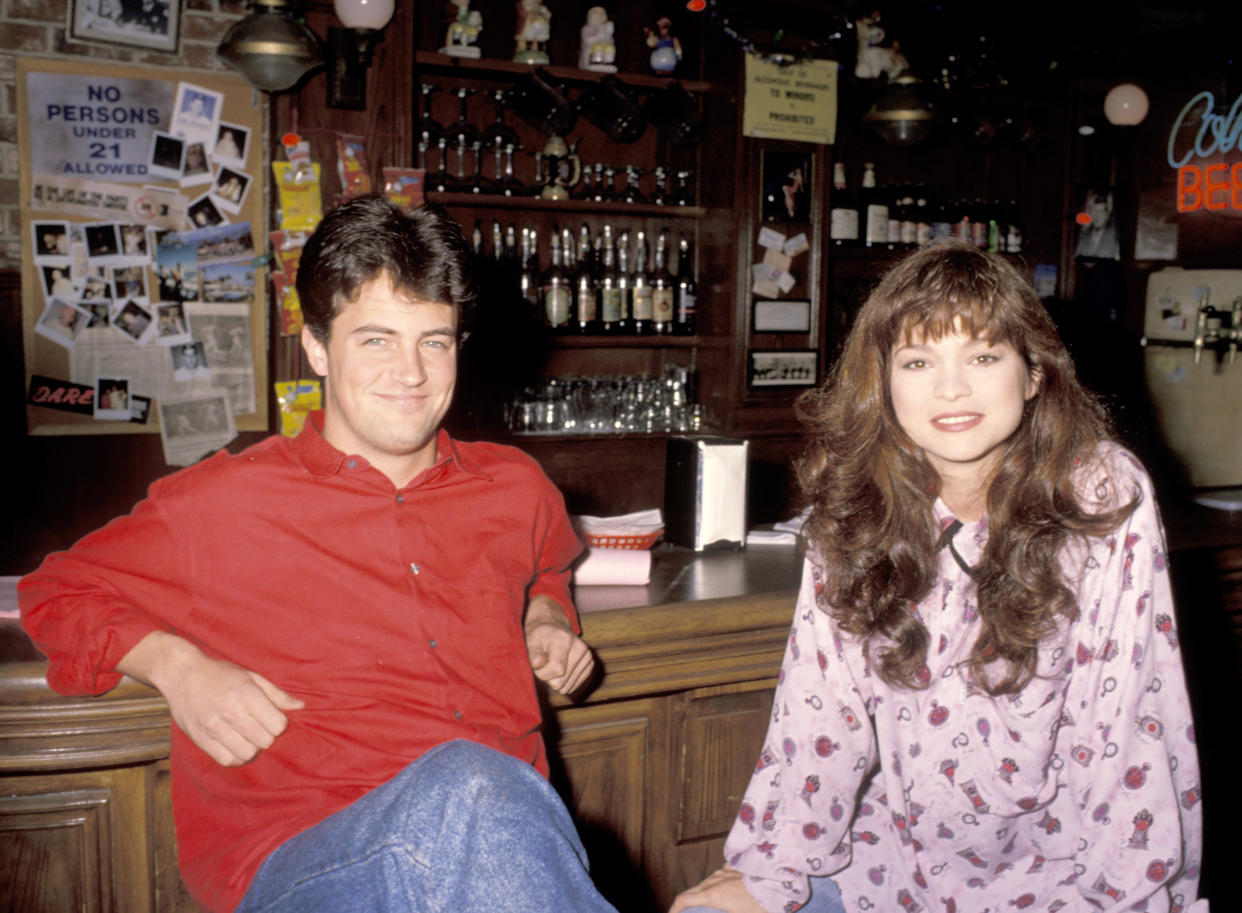 Yes, take a minute. That's a lot to digest.

OK, so Perry played Bertinelli’s brother in the 1990 sitcom Sydney. He revealed in the book, obtained by Page Six, that he "fell madly in love with" the One Day at a Time actress, now 62, "who was clearly in a troubled marriage. My crush was crushing; not only was she way out of my league, but she was also married to one of the most famous rock stars on the planet."

Perry said he "was completely captivated" by Bertinelli, to the point where he was "obsessed" with her. He "harbored elaborate fantasies about her leaving [Eddie] and living out the rest of her days with me." He would hang out at the couple's house, "gazing at Valerie, trying to make her laugh." One night, after a lot of drinks, Van Halen — who struggled with alcoholism as well — passed out. Van Halen was "not 10 feet away from us" in the same room when Perry took a chance, and "Valerie and I had a long, elaborate make-out session." He "told her I had thought about doing that for a long time, and she had said it right back to me."

It turned out to be fleeting. The next day on the set, Bertinelli "made no mention of what had happened and was behaving — as she should have been — like this was just a normal day. I quickly got the hint and also played the role I was supposed to, but inside I was devastated." Perry had "many a tearful night" over the rejection. Then, "four weeks after that fateful night" the show was canceled "and I didn’t have to see Valerie anymore." (Bertinelli welcomed son Wolfgang with Van Halen the next year, after a previous pregnancy loss. The couple separated in 2001 and divorced in 2007. She wrote in her 2008 book that they had both been unfaithful. She's since called the late guitarist, who died in 2020, the love of her life and soulmate.)

On Wednesday Bertinelli seemingly responded to Perry's claims with a TikTok video to the tune of Taylor Swift's "Anti-Hero" writing, "Anyone misbehave in their 20's and early 30's? Are you mortified?"

During the Friends years, from 1994 to 2004, is when Perry began his long struggle with addiction. He was taking 55 Vicodin a day at one point, and was in and out of rehab and detox. He estimates he's spent $9 million on getting sober, and had two close brushes with death long the way. During the Friends years, he had a crush on co-star Jennifer Aniston and briefly dated Julia Roberts. He struggled with his self-worth, leading to a split from Roberts after three months.

In the post-Friends era, he went on a date with Cameron Diaz, which didn't go so well, he detailed in the book. It was 2007 and Diaz had recently split from Justin Timberlake. Perry was starring in his own show, Studio 60 on the Sunset Strip, and was nominated for a Golden Globe for The Ron Clark Story.

Perry said he and the Charlie’s Angels star, now 50, paired up for a group date. He claims Diaz got "immediately stoned" and while they attended a group dinner party, it was clear she "wasn’t interested in [me] at all." At one point they were playing Pictionary and he said something "witty" and Diaz responded by going to hit his shoulder but missing and hitting his face.

"Are you f***ing kidding me?" he said he replied. Needless to say, things didn't work. 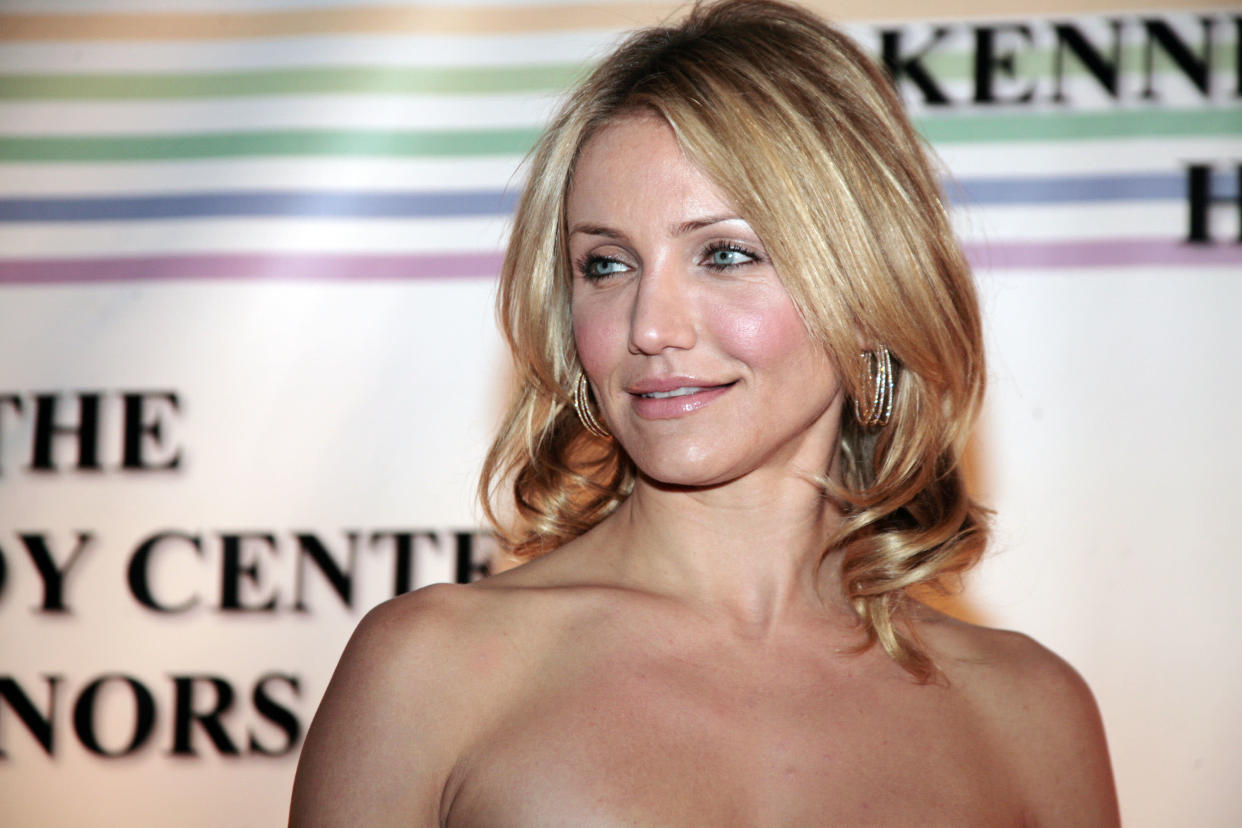 Perry, who went on to have a long-term relationship with Lizzy Caplan from 2006 to 2012 and had a broken engagement last year, said of his romance history, "I have spent my life being attracted to unavailable women. It doesn’t take a psychology degree to figure out that this had something to do with my relationship with my mother."

One of the more puzzling parts in the book is where he takes shots at Keanu Reeves, with whom he has apparently had some long-running rivalry. However, it lacks context so it's unclear why he's so bitter about the Matrix star.

“Why is it that the original thinkers like River Phoenix and Heath Ledger die, but Keanu Reeves still walks among us?" Perry wrote in the book, per the same outlet.

Perry and Reeves both worked and were friends with Phoenix, who suffered a fatal overdose outside Johnny Depp's Viper Room club in 1993. Perry wrote that he and Phoenix bonded filming A Night in the Life of Jimmy Reardon in 1986, calling the fallen star "a beautiful man inside and out and too beautiful for this world, it turned out. It always seems to be the really talented guys who go down."

He said he was in L.A. when Phoenix died on a West Hollywood sidewalk, saying, "I heard the screaming from my apartment; went back to bed; woke up to the news."

Perry also mentioned Reeves when writing about the 1998 overdose death of Chris Farley, whom he had just acted with in Almost Heroes.

"I punched a hole through Jennifer Aniston’s dressing room wall when I found out," he said of learning the news on the Friends set. "Keanu Reeves walks among us."

Perry has had a big sit-down with Diane Sawyer that will air as an ABC News special on Friday. In a new clip, he says he's been to 6,000 AA meetings and 15 stints at rehab facilities and that he's doing OK today — after nearly dying in 2018 and then again about two years later — because he has people around him helping him stick to his sobriety.

"Alone, you lose" to the disease, said Perry, who has now been sober for 18 months.