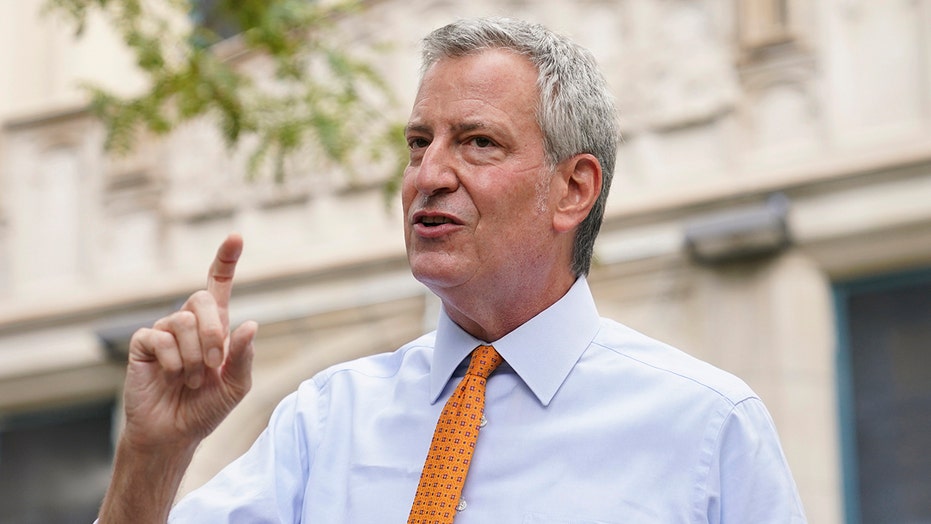 Mayor Bill de Blasio was side-swiped by an electric scooter in Lower Manhattan on Monday — but escaped the debacle without injury, The Post has learned.

The mayor was walking along the crosswalk at Pearl Street and Water Street around 10:15 a.m. when a man on an e-scooter ran into his arm, sources said.

The rider — who had his 7-year-old daughter on the scooter with him — wasn’t wearing a helmet and suffered minor injuries, according to the sources.

The girl fell off the device during the incident and was slightly injured.

The mayor rushed to make sure the man and his daughter were OK and gave them a Kleenex to dab minor scrapes that were bleeding, a source said.