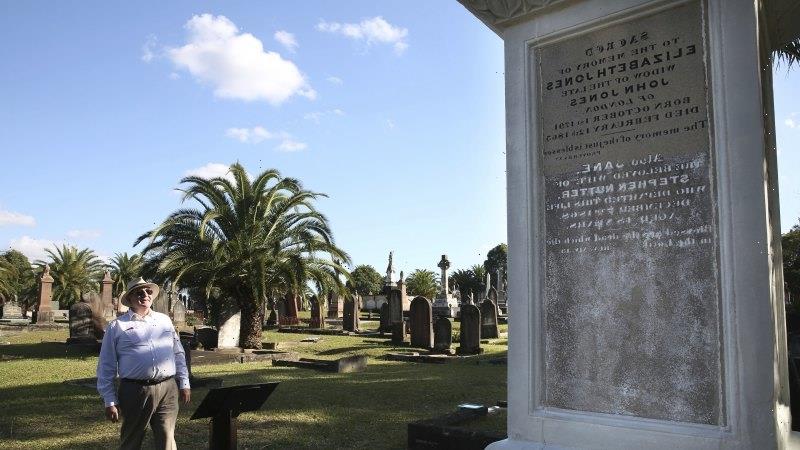 Clearly the memorial to the founder of the David Jones department store was looking down at heel. The inscriptions were barely legible, paint was peeling and masonry crumbling in what was certainly a poor legacy to the proud philanthropist who changed the face of retailing in Sydney. 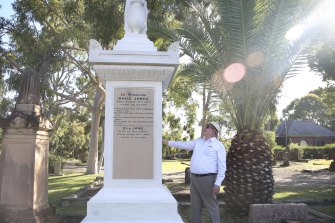 But on Monday the memorial will be unveiled after extensive restoration, 183 years to the day after Welsh-born immigrant David Jones opened his first premises on the corner of George and Barrack streets in Sydney’s CBD on May 24, 1838.

Two years ago Andrew Mander-Jones, the great-great- grandson of Mr Jones, launched a fundraising campaign to pay for the $22,000 considered necessary to prevent further irreversible decay at the memorial. He was also expecting the David Jones company, now part of South African owned Woolworths Holdings would chip in.

Mr Mander-Jones, from Melbourne where David Jones has its head office, went public with his campaign – and in a story in the Herald in June 2019 a company spokesperson said they were pleased to hear of the family’s restoration plans. “We look forward to discussing this with them,” they said. The chain store is clearly proud of its heritage – Mr Jones is featured on their website and there is a fine oil painting of him.

But the company did not financially contribute and was not involved in the restoration.

Two years on the memorial is resplendent. Thanks to the efforts of descendants and the support of Rookwood Cemetery who have waived admin costs and completed the refurbishment at cost. 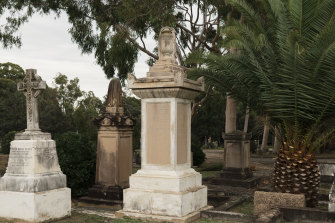 Run down: The unrestored sandstone pedestal with urn at the memorial to David Jones. Credit:James Brickwood

“I think it looks fabulous compared to what it was. The black lettering is wonderfully done and all the cracks have been filled in beautifully. It looks ready to last for another 100 years,” Mr Mander-Jones said.

“Two years ago I had a telephone conversation with someone at the company asking for support and asked them to escalate it to board level and get back to me but I never heard back. They certainly did have an opportunity [to help] but history is what it is.”

Last week Mr Mander-Jones was contacted by the company who said it had not heard from him in the intervening two years. It offered to cover the cost of the restoration and provide help with video recording and post-production of the unveiling.

“While the Jones family have raised the full funds required for the restoration, we are currently in active discussion with the family regarding partnership in the ongoing maintenance and care of monument and in exploring any possible ways that we can contribute financially or otherwise to increase awareness and acknowledgement of the monument and celebrate our founder David Jones, a great visionary, entrepreneur and leader,” the company said in a statement.

“Best-practice conservation principles were applied throughout the entire process,” she said. 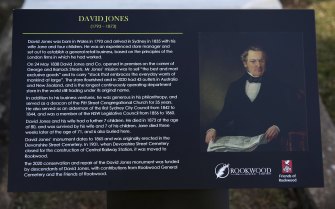