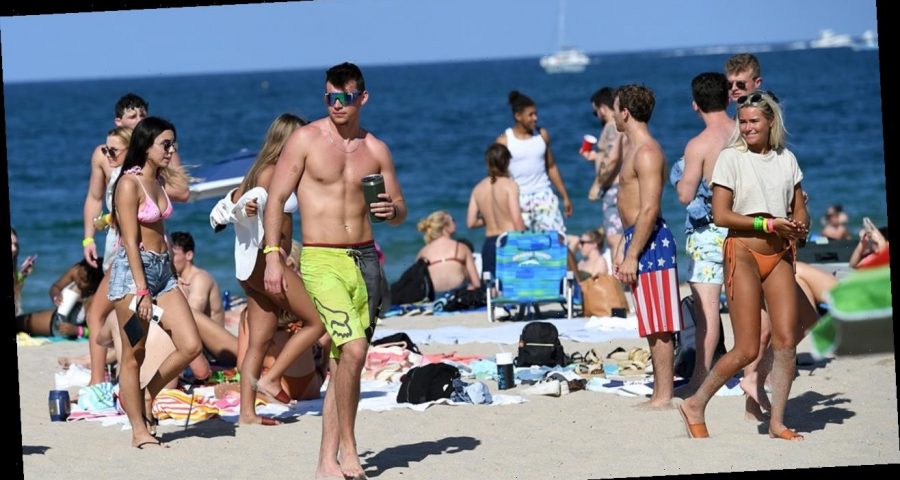 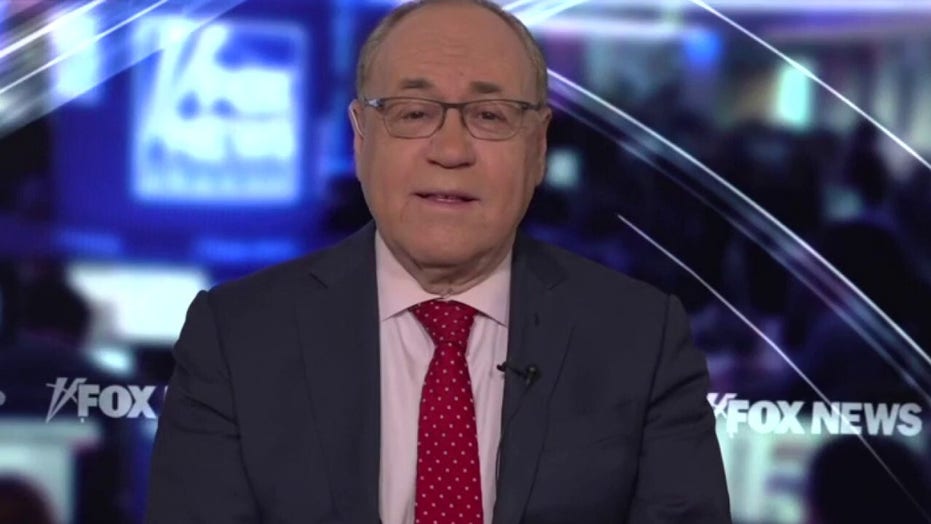 As Miami Beach police bring in reinforcements to respond to rowdy spring breakers who clashed with officers over the weekend, Fort Lauderdale has comparatively reported few incidents amid large crowds of college students on the beach or elsewhere, and its mayor is welcoming their patronage at businesses looking to recover a year since the coronavirus pandemic’s onset.

The contrast is a stark one as the state and country seek to recover from the effects of coronavirus shutdowns and restrictions while also grappling with the surge in travel during spring break and recent weeks.

“It has felt at times like this city is under a level of siege simply from the volume of people that are coming,” Miami Beach Mayor Dan Gelber said during a virtual press conference Wednesday.

“If you have fifty or a hundred thousand people coming there and just half of one percent are rowdy or drunk or high to the point where they need to be controlled, it becomes a situation which is truly chaotic and unmanageable,” he said, according to WTVJ, explaining that there are too many people “coming with a desire to go wild” despite the coronavirus, which poses “a multifaceted peril for us.”

He spoke on the St. Patrick’s Day holiday, which saw few incidents on the second day that reinforcements were brought in from the Miami-Dade Police to increase officer presence on the streets. A fatal shooting Monday was the tipping point for Gelber to seek security reinforcements after about 150 people were arrested over the weekend and two officers were injured in clashes with crowds.

Fort Lauderdale Sgt. DeAnna Greenlaw declined to comment to Fox News on Wednesday regarding how many more visitors have come to the area for spring break this year compared to 2020, explaining that the department responds to 400-450 large-scale special events throughout the year “outside of COVID.”

“We’re no stranger to large crowds on the beach, and, to date, we’ve only had two arrests that were made – one was for a warrant, and one was for disorderly conduct,” she said. “We’re very pleased with the fact that how everything is running for spring break.”

The department anticipates the spring break season to continue until April 18, and, speaking with FOX Business last week, Fort Lauderdale Mayor Dean J. Trantalis had a welcoming message for potential visitors, telling college students and any others from out of the area, “Hey, come on down.”

“It’s better to be here in Florida than in a stuffy dorm room. It’s better to be here enjoying the fresh open air than it is to be stuck in a home where you’re sheltering in place,” Trantalis said. “We’ve been pretty good at maintaining the crowds, maintain safety. Don’t expect to come to Fort Lauderdale without wearing a mask, keeping those COVID protocols in place, but so far, things are going well.”

Over the weekend, an 18-year-old woman from Alabama was sexually assaulted in Fort Lauderdale by a man who posed as her Uber driver when she was separated from friends during a night out. Responding to a question about the incident, Greenlaw said it could have happened to anyone — not just spring breakers — and police are reminding visitors and residents to confirm the license plate on the vehicle you’re getting into is the same as that listed on the ride-hailing app. 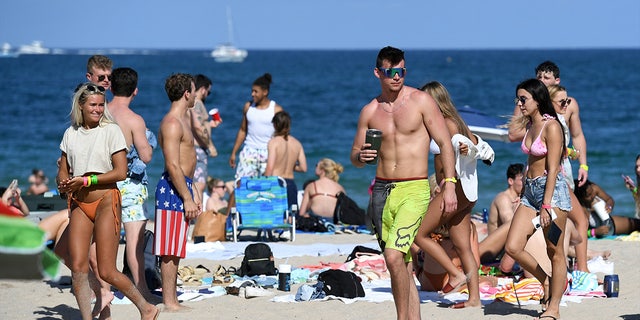 “We took this opportunity to remind visitors and our residents of those safety precautions when using a ride-share company or ride-share app — all we can do is warn everyone in the community,” Greenlaw said. “We don’t feel spring-breakers are necessarily a target. This could have happened to anyone who’s not paying attention to those cues.”

Code enforcement handles any types of violations in regards to CDC, city and county guidelines, Greenlaw said, so Fort Lauderdale police officers respond and augment efforts of code enforcement. If someone is at a private establishment and they are not willing to abide by the rules there, they receive a trespass warning and are told to leave, she explained, and when they refuse to leave, they are subject to an arrest pending the prosecution of the owner of the establishment. 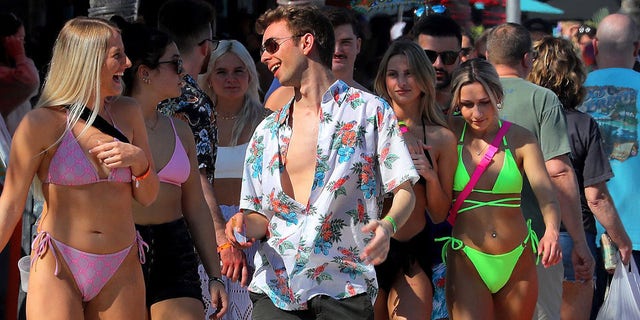 After businesses took a hit during last year’s spring break, Trantalis said he wanted nothing more than for business owners to have a successful season and keep staff safe despite COVID-19.

“You can help by keeping your employees and customers safe by adhering to the CDC guidelines of facial coverings and social distancing,” the mayor tweeted Monday. “For our visitors, you are the first line of prevention in minimizing the spread of the virus. We can all work together to keep everyone safe.” 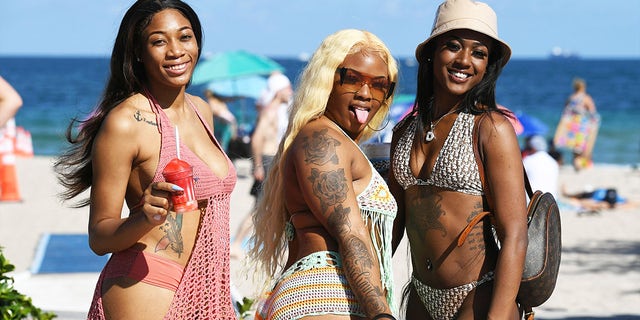 But in Miami Beach, police kicked off what was expected to be a busy spring break weekend by shooting pepper balls in order to disperse a crowd that had gathered around officers who were making an arrest. Two officers were injured and had to be taken to a hospital. They were released early Saturday but remained off-duty because of their injuries, the police department said.

James Harrison, 19, of Brooklyn, was arrested on charges of battery on a police officer, resisting an officer with violence, inciting a riot and disorderly conduct. Harrison shouted obscenities at police officers when they tried to break up a crowd of more than 200 people that was blocking traffic, smoking cannabis and carrying around open containers, according to a police report released Saturday. 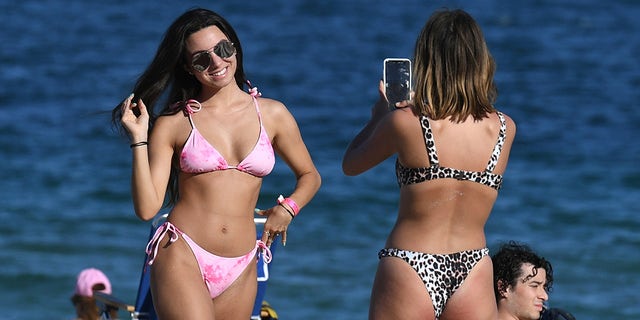 Harrison then pushed an officer and the crowd surrounded officers who were outnumbered at the intersection in the heart of Miami Beach’s famous nightclub and restaurant district, the police report said, according to The Associated Press. Two officers fired pepper balls “due to the large, aggressive, unruly crowd and the immediate posing threats to officer safety.”

An officer body-slammed Harrison after Harrison grabbed the front collar of the officer’s police vest collar as the officer was trying to place the suspect in handcuffs, authorities said. The move was an attempt to release Harrison’s grip, the report said. Once on the ground, Harrison allegedly started kicking and bracing his body to avoid being put in handcuffs, and an officer hit Harrison in the chest while another officer kneed him in the shoulder.

“It should be noted that defendant Harrison’s actions made the crowd extremely aggressive towards officers, posing a clear threat to their safety, due to the large number of unruly subjects present,” the police report said.

Amid the chaos brought by spring breakers, and after a man was killed in an unrelated shooting Monday, Miami Beach Police Chief Richard Clements announced Tuesday that they would bring in reinforcements from nearby agencies and are ready to closed the causeway and popular streets in the city’s entertainment district to mitigate traffic and crowds, WTVJ reported.