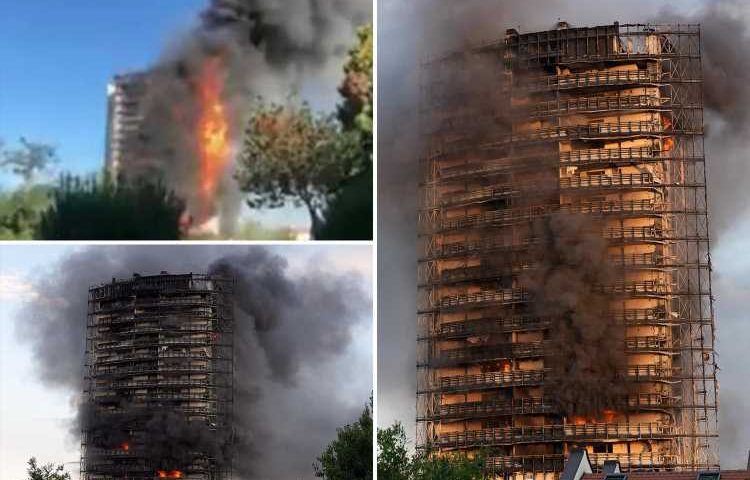 DOZENS of people have been evacuated from a high rise building in Milan after a huge blaze broke out this evening.

Dramatic footage shows the 18-storey block of flats with smoke pouring out of it as emergency services arrived on scene in Italy.

The frantic rescue effort has reportedly seen dozens of people freed from the burning building which was engulfed in flames.

Video captured from a few miles away shows plumes of black smoke coming from the building.

Local media are reporting that ambulances are on the scene in the southern part of the Italian city.

Parts of the building are understood to have been completely destroyed andtenants have been evacuated.

It is not clear if there is anyone trapped inside the building, known as Torre dei Moro.

The Central Emergency Department for Milan confirmed that the flames are now under control after the fire broke out at around 5.30pm.

More than 50 firefighters have made their way to the upper floors of the building, with 15 fire engines used to tackle the blaze.

The road was closed to traffic to allow the emergency services to work and has also been covered with debris, including the burning cladding of the tower.

Beppe Sala, Mayor of Milan, told Milano Today: "For now we have no reports of victims or injured.

"About twenty people have left without problems now the firefighters enter house by house breaking down the doors to see if anyone has remained inside.

“We are positive about the fact that there was time for everyone to go out but until the control is not done we cannot be sure.”

The building has several floors for residents, and is also understood to include two underground floors for garages, parking spaces and cellars. 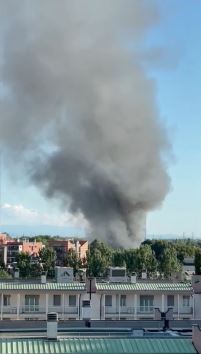 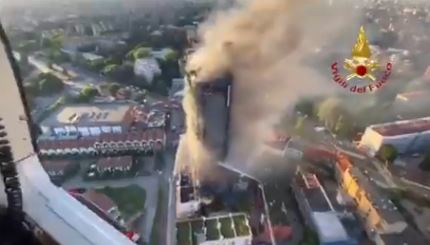