A MOM celebrating her birthday in the Bahamas came face to face with an 8ft shark after plunging down the slide into the ocean.

The woman's son could be her telling her not to panic as the uninvited party guest swims underneath her: "Oh my god, mom. Don't freak out." 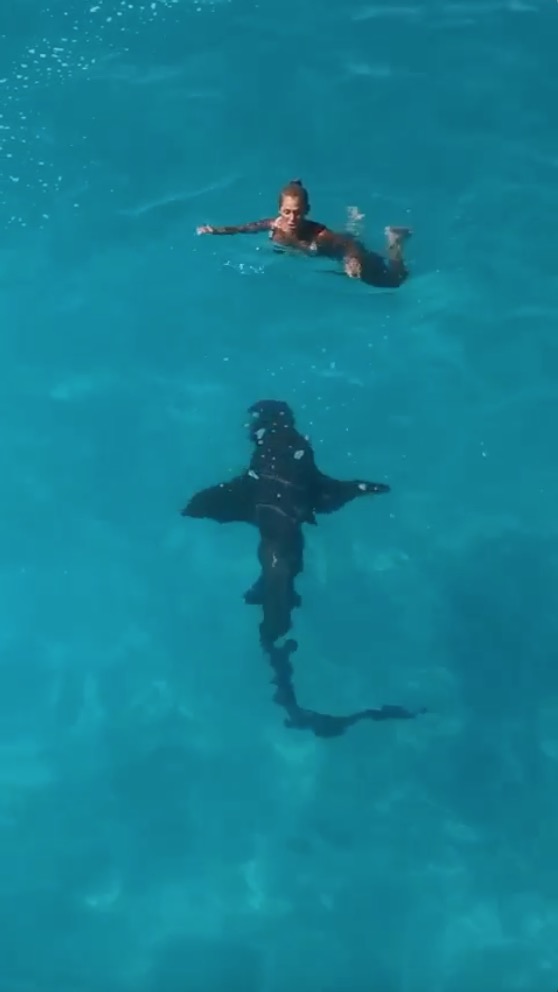 Miami resident Iso Machado was celebrating her birthday on a friend’s yacht, which came equipped with an inflatable slide.

A video shows Machado joyfully descended down the slide as a crew member on the deck below got the attention of her son’s friend, Kevan Sarota, 22 who was filming the birthday fiesta.

The ominous outline of a huge shark believed to be a nurse shark then appeared only a few feet away from the swimming birthday gir.

Machado's son Anthony shouts at his mom to remain calm, which she miraculously managed to do so. 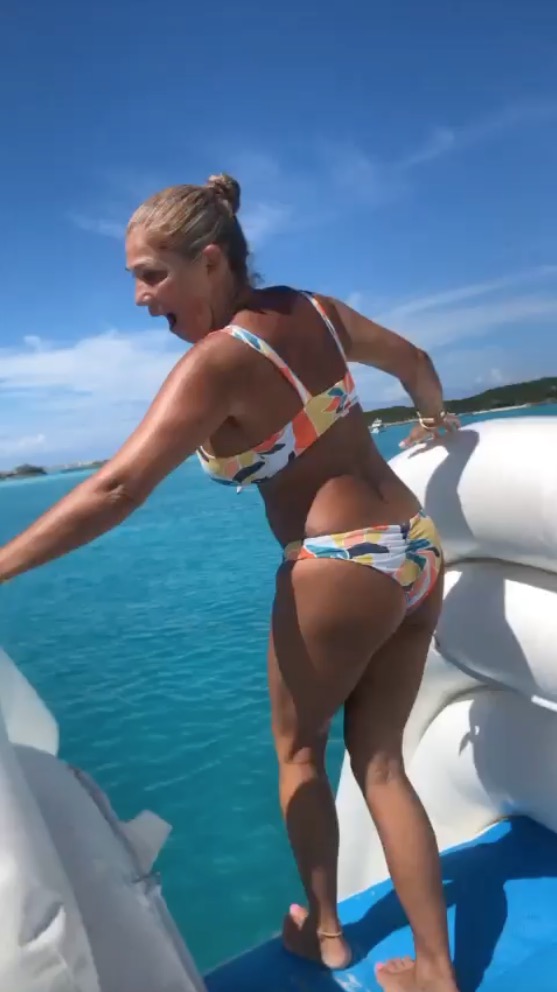 The group who had been drinking and partying beforehand was initially fearful.

Sarota explained to Jam Press: “We were worried and immediately jumped in to make sure Iso was okay."

He continued: "It changed directions [towards her], but she remained calm and it bumped her then continued on its way.” 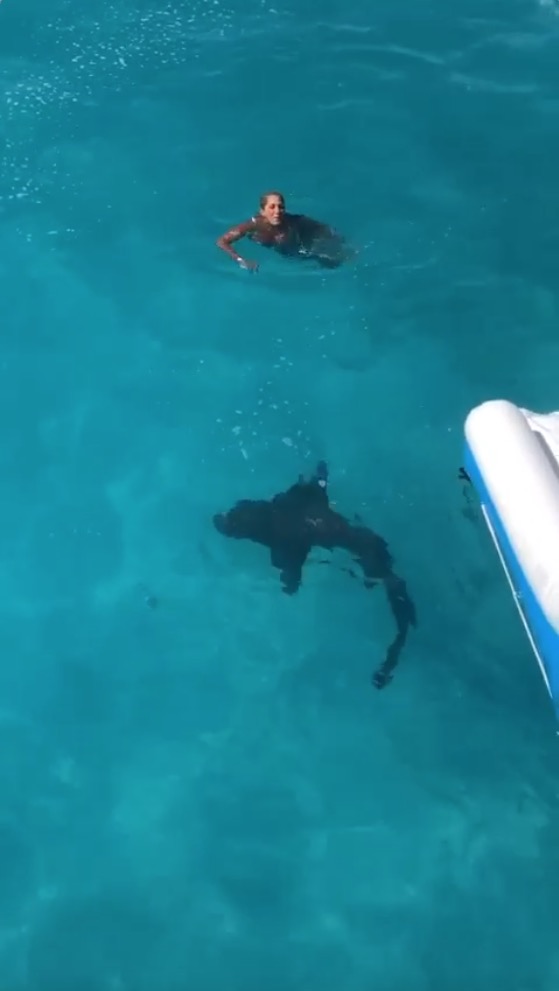 While encountering sharks is most swimmers' worst nightmare, Machado was ecstatic about the moment the shark and her had shared.

“She was actually really happy and felt lucky to see one so close,” Sarota said.