SCALLOP wars have once again broken out in the English Channel as French trawlers confronted British counterparts – firing flares and throwing frying pans.

Two British boats, the Girl Macey, skippered by Scott Glover, and the Golden Promise, by Brian Whittington, were involved in the deep-sea skirmish. 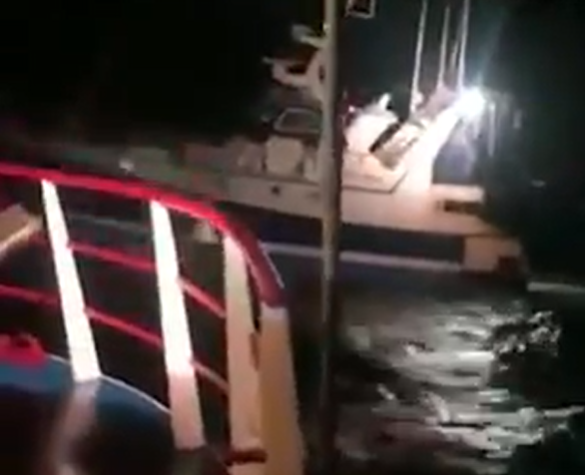 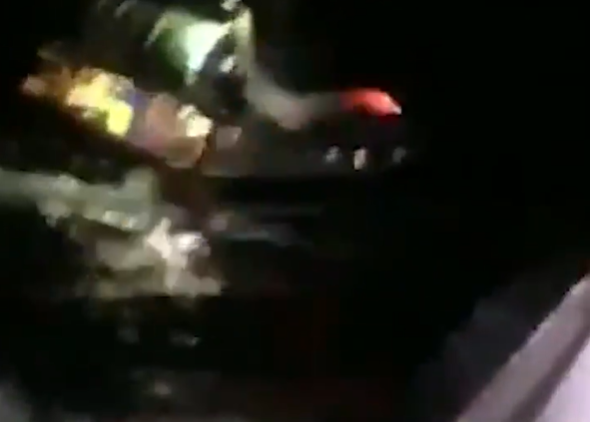 They were surrounded by around 20 French vessels and were pelted by objects including frying pans and rocks off the Normandy coast.

The hostile French crews even threw oil at the Gal Macey before firing a flare at the boat before apparently escorting them out of the Baie de la Seine.

The outbreak of violence comes after a series of clashes and the new incident has sparked fears that hostilities are worsening and a death is inevitable.

Brian 'Winkle' Whittington, 43, skipper of the Golden Promise, said: "I was expecting it this time, they only do it in the dark.

"We can't use the radio when they do it as they just talk over us instantly, so I couldn't check on Scott to see how he was.

"We were about two miles apart and I had two or three boats around me. Scott had 15 around him, they were throwing oil at him and firing flares.

"I was mentally prepared for it, I knew it was going to happen again."

Both vessels are based out of Brixham in Devon.

And Derek Meredith, a fishermen from Brixham and owner of the Golden Promise, believes that tensions are heightening in the Channel.

He said that this incident could have easily resulted in a death, as the flare could have set the Gal Macey on fire.

Derek said: "When I heard about it I was very concerned, if that flare went into the wheel house the boat would have burned up, and would the French have helped?

"The boat would sink and the French would just leave our boys to drown.

"They shouldn't be doing what they're doing but they seem to get away with it every year."

We were about two miles apart and I had two or three boats around me. Scott had 15 around him, they were throwing oil at him and firing flares."

Derek also called on the Royal Navy to help British fishermen, saying they were routinely attacked while doing their jobs.

He said that despite growing tensions and worsening conflict, nothing is done and his crew are left to fend for themselves.

He added: "They act very aggressively, they do every year.

"Last year they smashed our windows and stuff and nothing happened – they get away with it every year.

"The fishermen were surrounding out boats and throwing things at them, it's the same as last year.

"They pull in front of the fishing boat so it has to drop out of gear, and they will then chaperone you to the area where they want you to fish."

It comes a new Fisheries Bill cleared by the Commons moved closer to becoming law.

The fresh legislation enables the UK to become an independent coastal state post-Brexit, with foreign fishing boats barred from fishing in UK waters unless licensed to do so.

British fishermen will therefore be given a “once in a generation chance” to seize control of the country’s natural resources under flagship Brexit legislation, environment minister Victoria Prentis said.

Tensions have been growing each year due to a difference in fishing restrictions between the UK and France.

British scallopers are allowed to fish year round, but the French are not permitted to fish between May 15 and October 1.

This creates hostility towards the British fishermen, and the French try to keep the best stock for themselves and keep UK boats out of the good areas.

In October 2012, British and French fisherman clashed in the Channel off the coast of Le Harvre, France, over a difference in fishing restrictions between the two nations.

British fisherman claimed around 40 French fishing boats surrounded their vessels and tried to “slam” into them – while throwing rocks.

According to the French, British boats were inside the 12-mile fishing exclusion zone. However, the Brits denied this.

In August 2018, around 35 French fishing boats attempted to prevent British boats from catching scallops near Normandy.

Two British trawlers were damaged after the French fishing boats chased them. The Brits were rammed and pelted with stones and flares.

One British vessel tried to ram the French boats – leaving three of their vessels damaged.

Both the French and British authorities attempted to resolve the situation with a number of talks and the French Navy has vowed to step in to prevent any future clashes.

Derek added: "It's a load of rubbish, we haven't done anything wrong.

"What the French were saying is wrong, that our boats were fishing in the wrong place.

"Over there, the Navy are on it and take you in if you do go into the wrong area, they track you all the time."

Despite knowing their fate, the fishermen are returning to the scene today to continue fishing for scallops so they can earn their livelihood.

Brian added: "I'm going back over there today, it will happen again tonight. It will take me about ten hours to get there, I'm mentally prepared for it to happen again.

"We don't fight back, if we start throwing things at them then it will be our fault and not theirs."

The attacks following similar scenes last year when Derek said he had six crew members on the Golden Promise and Joanna C who have been left ''extremely shaken'' by an early morning attack in the English Channel.

He said his crew tried to protect themselves from objects being thrown at them – while the French Navy just stood and watched.

And he claimed one of his boats could have sank after it was damaged by a flying shackle during the terrifying two hour ordeal. 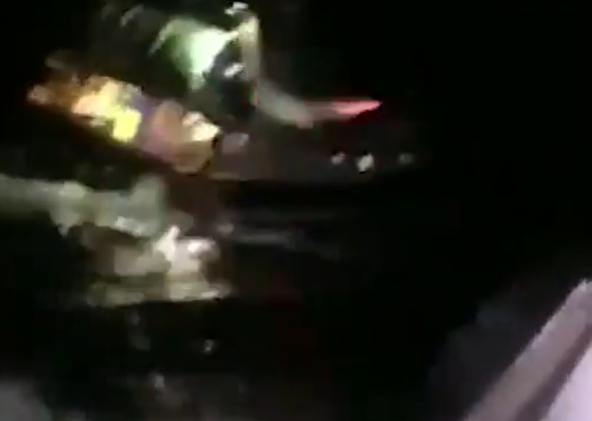 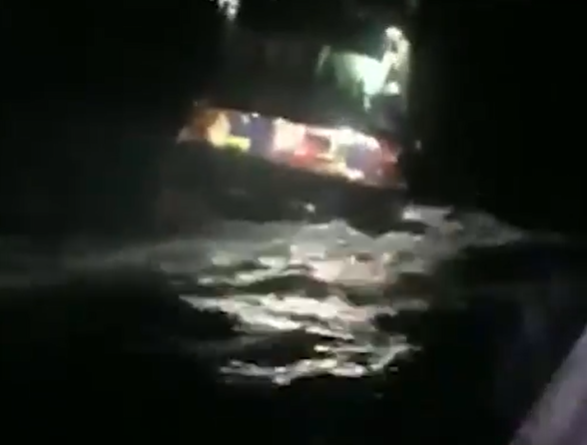 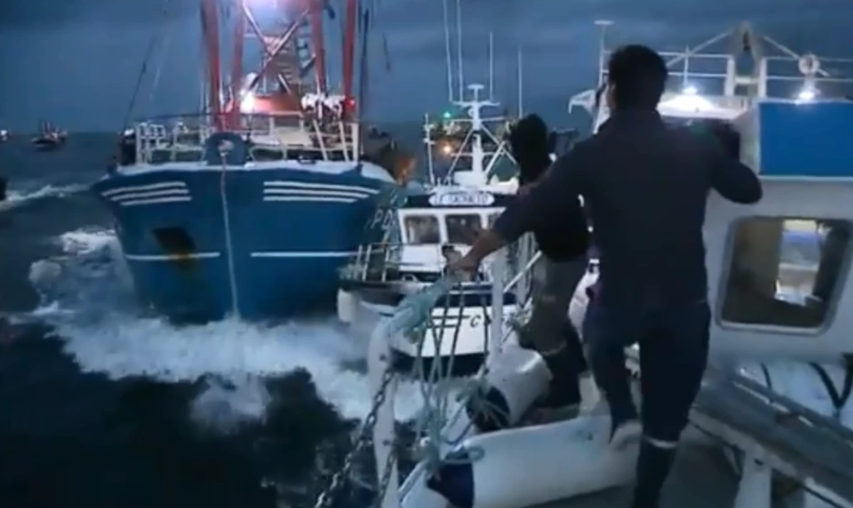 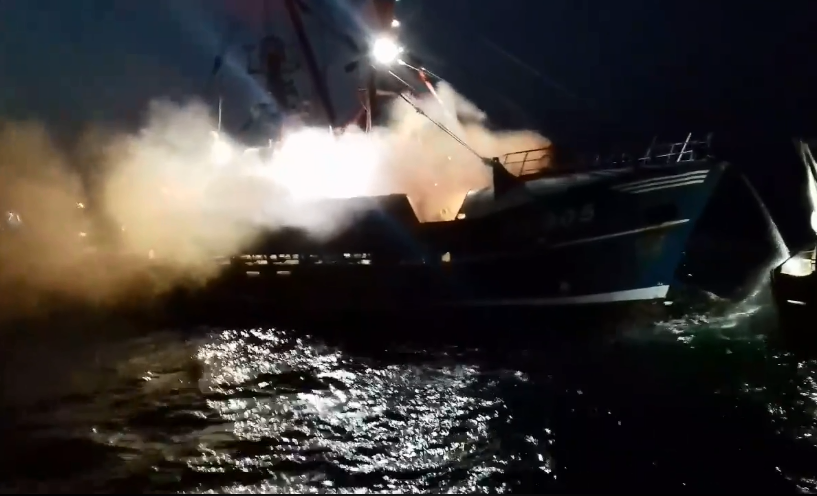