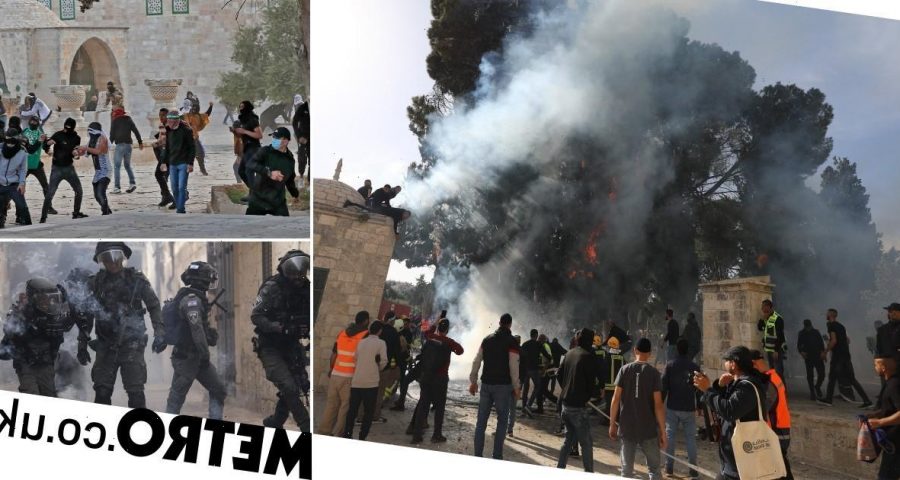 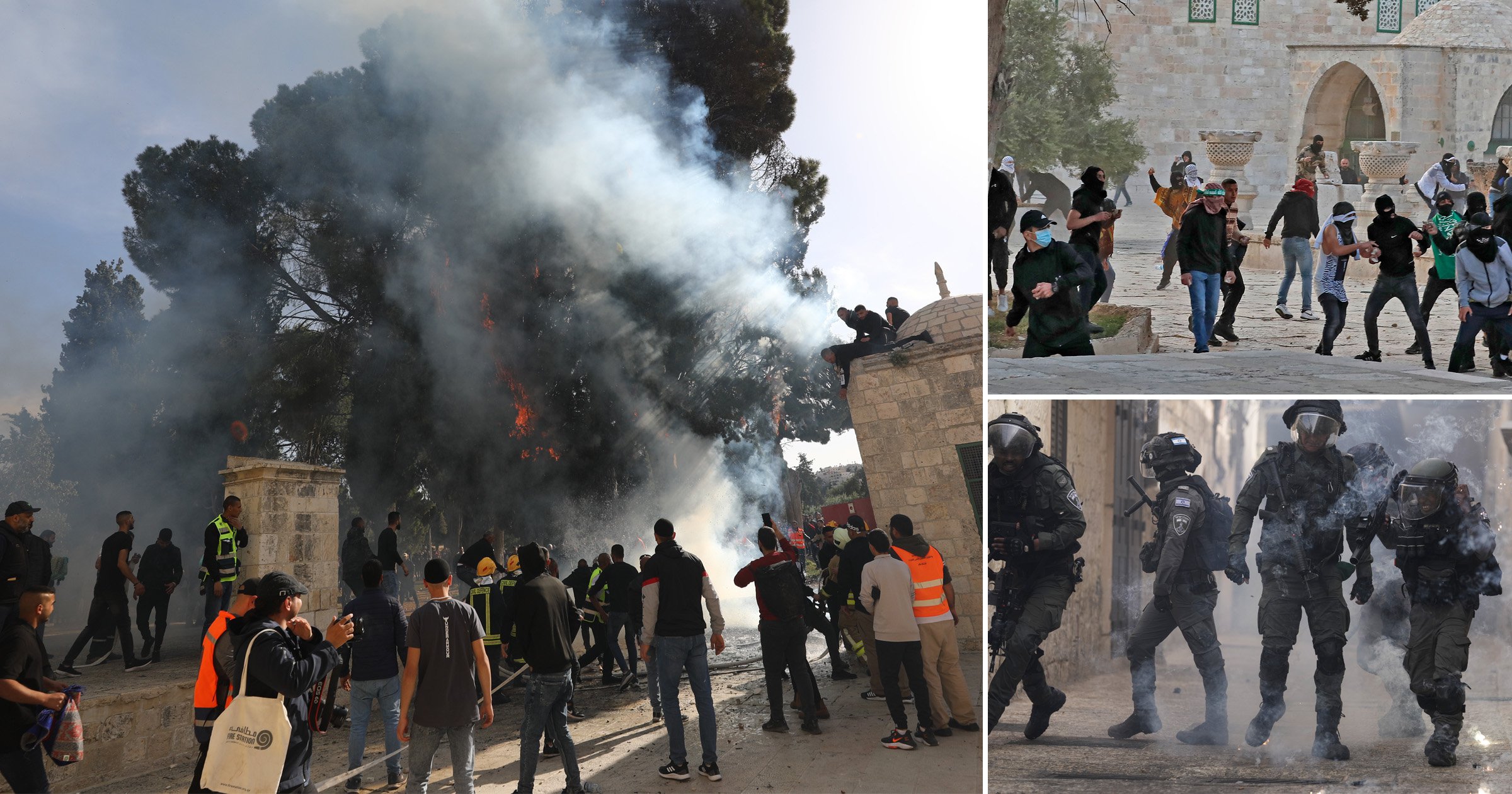 Rocket attacks and clashes have raised fears the Israel-Palestine conflict could be entering into a new crisis.

A wave of violence in recent weeks has brought the region to a point last seen 11 months ago, when hundreds were killed during a wave of missile launches, police operations and airstrikes.

Rocket fire from Gaza into Israel continued on Friday night after more clashes at the Al-Aqsa mosque, the focal point of recent tensions.

At least 57 people were injured last night when fighting broke out there, a large compound in Jerusalem which is considered holy by Muslims and Jews.

Israel denies claims from Palestinians that is has restricted access to the site during Ramadan and not done enough to enforce a long-standing ban on Jewish prayer there.

Last nights clashes came after hundreds of people hurled rocks and fireworks close to the Western Wall, a holy site where Jewish worship was under way, according to Israeli police.

Since March 22, Arab assailants have killed 14 people in Israel, including three police officers.

Israeli forces have killed at least 14 Palestinians, among them gunmen and civilians, in the occupied West Bank, medics told Reuters.

The border crossing allowing Gazans to reach Israel and the West Bank has been closed in response to the violence.

The recent surge in violence raises the prospect of a short war similar to last year’s fighting between Israel and the Hamas Islamists who are in charge of Gaza.

An official speaking on behalf of the fundamentalist group said its fighters ‘have their fingers on the rifle triggers, and we will defend Al-Aqsa mosque with all our might’.

Increased tension at the mosque is partly driven by coincidence: Ramadan coincides with Passover this year, meaning more worshipers from both faiths are drawn to the site than usual.

Israel said Palestinian militants fired two rockets late Friday, with one landing in an open area inside Israel and the other falling inside Gaza.

Palestinian media reported that two Gaza residents were wounded by the rocket that fell short. There was no immediate comment from health officials.

Another rocket was fired from Gaza early Saturday, but the military did not say where it landed and there were no reports of casualties or damage.