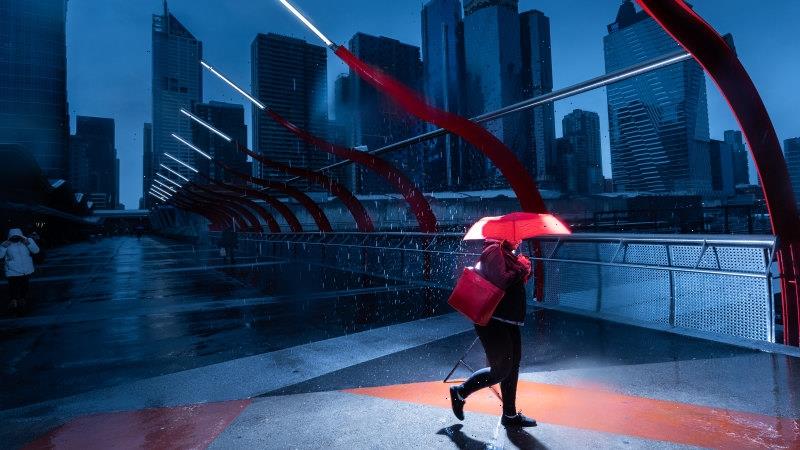 Victoria’s wild spring weather will continue, with damaging winds and thunderstorms expected on Sunday and Monday, after much of the state was lashed overnight by severe wind gusts.

The State Emergency Service received close to 400 calls in the 24 hours to 8am on Sunday, including 233 requests for assistance with trees down, falling across roads and onto homes. 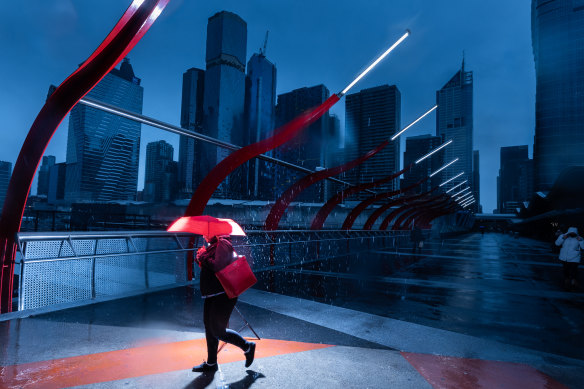 Gusts of 102km/h were recorded at Melbourne Airport at 8pm on Saturday.

A severe weather warning for damaging winds remains in place for most of western Victoria, as well as the state’s alpine region up to the NSW border.

Bureau of Meteorology forecaster Ilana Cherny said the city wasn’t rid of the cold and rainy weather just yet, with the possibility of thunderstorms and hail on Sunday night.

She said a severe weather warning would likely be reissued for Melbourne on Sunday afternoon due to the return of damaging winds.

“This weekend, we’ve got a series of cold fronts passing through the state, and that really began yesterday in the west, where we saw some pretty extensive thunderstorms and severe phenomena like large hail and damaging winds,” she said.

“We’re expecting more windy conditions this afternoon through to tomorrow. We’re also expecting more showers today, likely from the middle of the day, with the potential of some thunderstorms.

“There is the possibility of some hail later tonight, once some more cold air comes through.”

SES state duty officer Andrew Fagan said damage from Saturday night’s storm was widespread across the state, with crews focused on Eltham in Melbourne’s north-east and Sunbury in the north-west.

“Even small country towns areas like Woomelang up in the far north-west and then Kaniva near the South Australian border — they still had eight and 10 jobs respectively, and for a small country town, that’s actually fairly huge,” he said.

Fagan says the biggest concern was continued reports of people driving into floodwaters, with one person needing to be rescued at Port Campbell on Saturday night and another in Heathcote on Sunday morning.

“One gentleman today was in his car with a rottweiler, there was a big flooded creek and his car was floating, with water waist-deep through the vehicle.

“Don’t drive through, play, ride, swim or even think about going in floodwaters. The risk to yourself is huge, but also the risk to the emergency responders helping you is massive.”

Melbourne is expected to reach a top of 15 degrees on Monday and can expect between 2 and 5mm of rain, but sunshine and more settled conditions are forecast for Friday.

“Tomorrow that cold weather really continues — we’re looking at the snow level dropping down to about 700 metres, and we’ll still have showers, thunderstorms and hail possible for much of the state,” Cherney said.

“After Tuesday, there will be a bit of an easing trend … By Thursday and Friday, we’ll see things starting to warm up a little bit, with a hint of that spring weather which people look forward to.”

Melbourne is expected to hit a top temperature of 21 degrees on Thursday, before a sunny Friday with a high of 25 degrees.

Victorians can call 132 500 for flood and storm assistance, but any urgent emergency calls should still be made to 000.