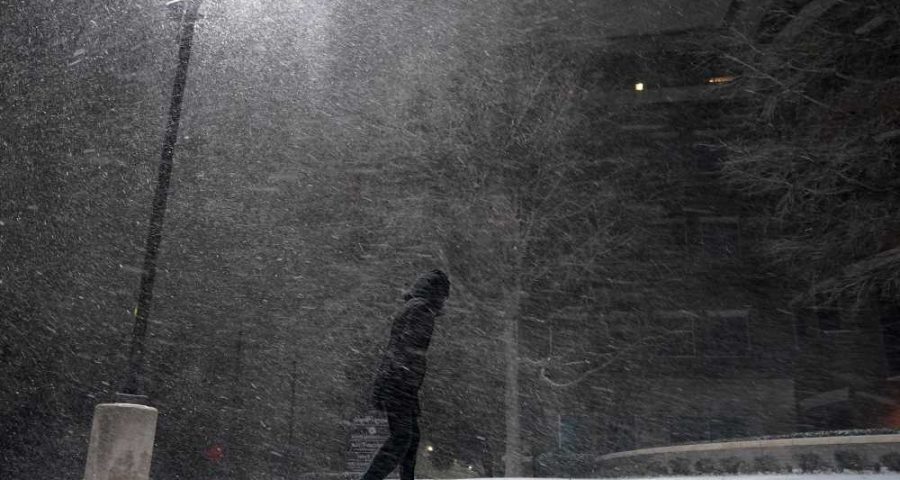 Headlines from around the world tell us of hundreds of deaths caused by recent heat waves. The stories invariably blame climate change and admonish us to tackle it urgently. But they mostly reveal how one-sided climate-alarmist reporting leaves us badly informed.

The stories contain a kernel of truth: Global warming is a real, manmade problem that needs addressing. As temperatures increase, so will the frequency and severity of heat waves. But the media fail to report the full story and thus lose focus on the most effective ways to help.

Those deaths are rarely reported, because they don’t fit the current climate narrative. Of course, if they were just a curiosity, the indifference might be justified, but they are anything but. Each year, more than 100,000 people die from cold in the United States, and 13,000 in Canada — more than 40 cold deaths for every heat death.

For now, rising temperatures likely save lives. A landmark study in the medical journal Lancet found that climate change over the past decades has across every region averted more cold deaths than it has caused additional heat deaths. On average, it saves upwards of 100,000 lives each year.

Yet the obsession with cutting CO₂ emissions ends up promoting some of the least effective ways to help future victims of heat and cold.

Climate policy will at best slightly check the increase in heat deaths. We already know much more effective and simple ways to help. These include making air conditioning more widely available, issuing heat alerts, opening public pools and air-conditioned malls and urging people to use fans and drink plenty of water.

This is abundantly clear for the United States: The share of hot days has increased since 1960 and affected a steadily larger population. Yet the numbers of heat deaths have halved over the same period — thanks to technology. The rest of the world needs access to the same simple technologies to drastically reduce heat deaths.

Tackling cold deaths turns out to be much harder, because it requires well-heated homes over weeks and months. Moreover, heavy-handed climate policies will increase heating costs and make cold deaths even more prevalent.

Here again, the US case is instructive. The hydraulic-fracturing revolution has dramatically slashed the cost of natural gas, in turn making gas-heated homes warmer and safer and allowing poorer households to afford better heating. Indeed, according to a paper published by the National Bureau of Economic Research, lower energy prices saved some 11,000 Americans from dying in winter annually between 2005 to 2010. In other words, fracking saved four times the lives lost from all North American heat deaths each year.

Conversely, climate policies that drives gas prices up will mean fewer people can afford to properly heat their homes; the cold-death rate will shoot back up.

Again: Climate change is still a real problem that affects many other areas than heat and cold. We need to tackle it effectively through innovation to make green energy so cheap everyone will want to switch.

But when it comes to tackling heat and cold deaths, current climate reporting leaves us in the dark. It makes us focus on the costliest and least effective way to help future victims of heat and cold. It even risks exacerbating cold deaths by raising heating costs. Moreover, the media do a great disserve by telling a misleading story about heat deaths, while ignoring the much deadlier problem of cold.

For now, global warming saves us more deaths than it causes. That’s a fact.

Bjorn Lomborg is president of the Copenhagen Consensus and a visiting fellow at the Hoover Institution, Stanford University. His latest book is “False Alarm: How Climate-Change Panic Costs Us Trillions, Hurts the Poor and Fails to Fix the Planet.”