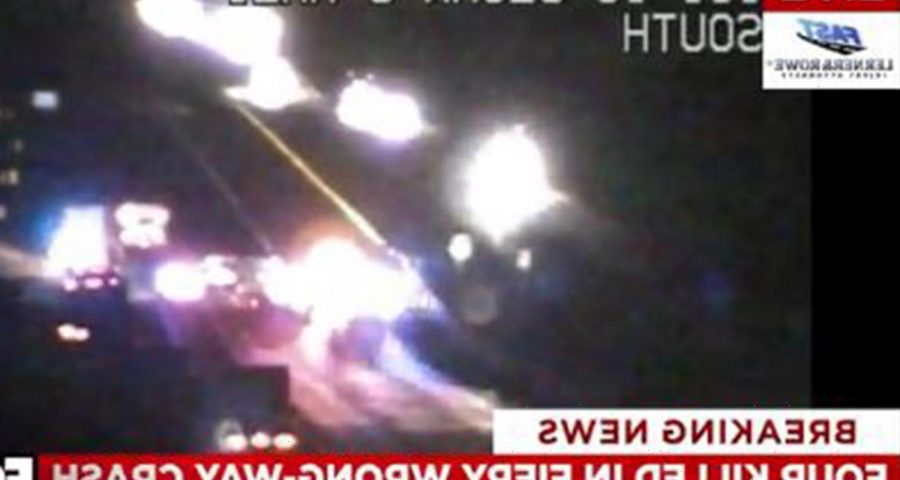 AT least four people have died in a multi-vehicle crash on a Nevada highway, police have confirmed.

The horror smash happened on the Interstate 15 in Las Vegas after cops said a driver went the wrong way. 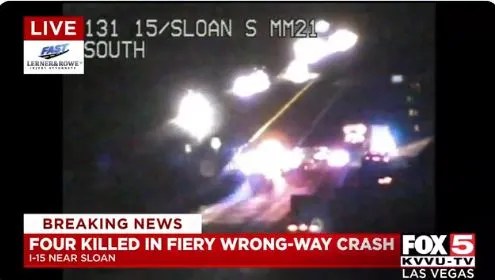 It is believed at least six cars were involved in the crash which happened late on Monday night.

A red Cadillac is believed to have been headed northbound in the southbound lanes before it crashed into a Toyota pickup truck.

"Anticipate the IR15 southbound, south of Sloan to be closed for approximately 5 hours.

"We will update when travel lanes are back open."

They had earlier said: "The IR15 sb at Sloan is shut down. All traffic is being diverted off at Sloan where you can access Las Vegas BLVD sb from there."

GO WITH THE FLOW