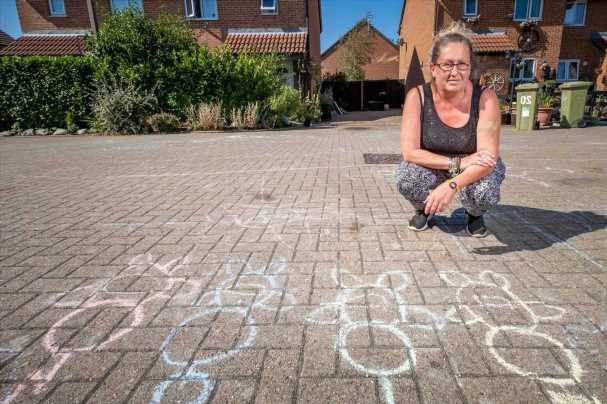 A MUM was shocked when police were called about her children "vandalising" a pavement after they used chalk to doodle and play hopscotch.

Sarah Goodwin says her three young kids and some of their friends were using chalk to create outlines for the traditional game on the walkway in Milton Keynes, Bucks. 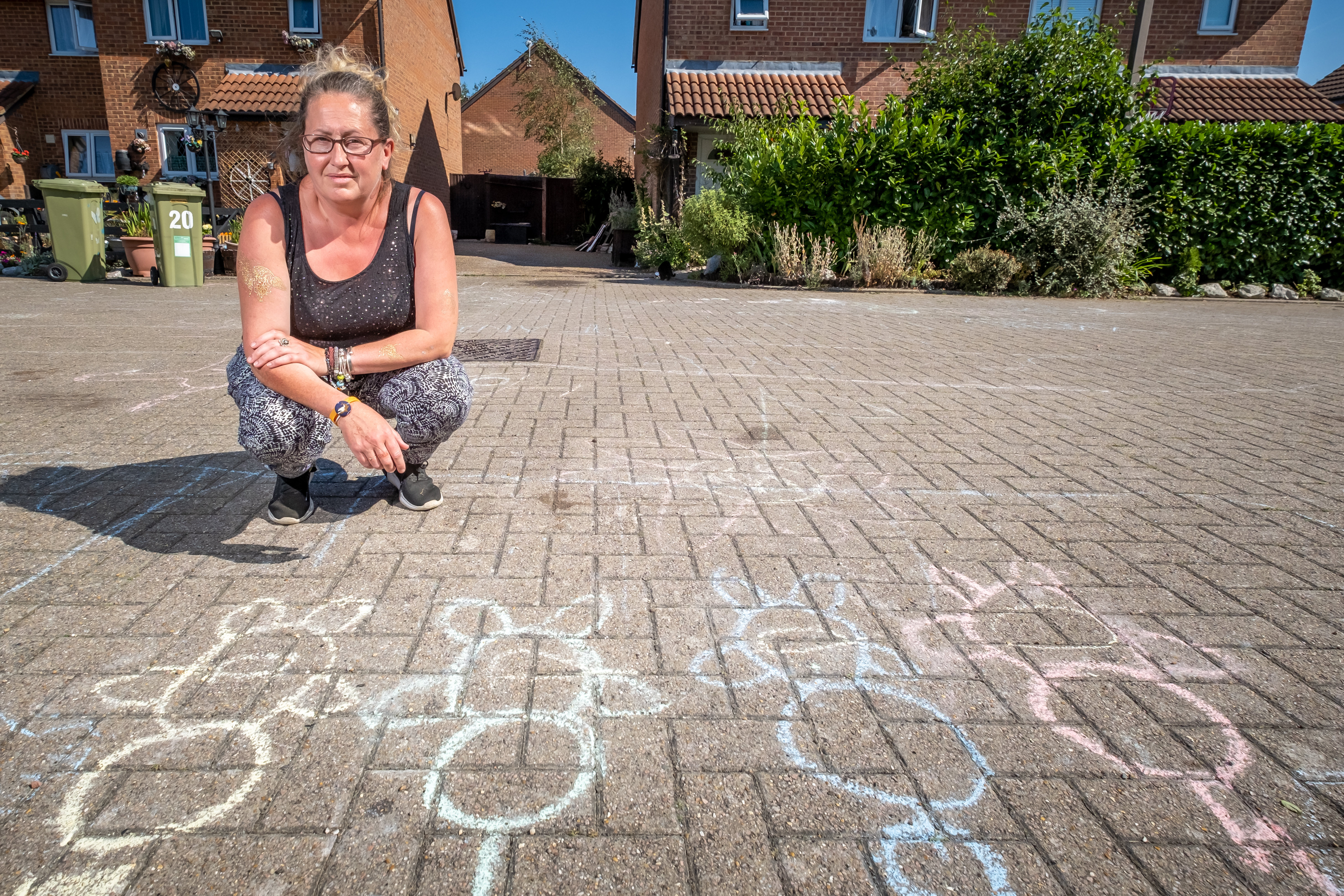 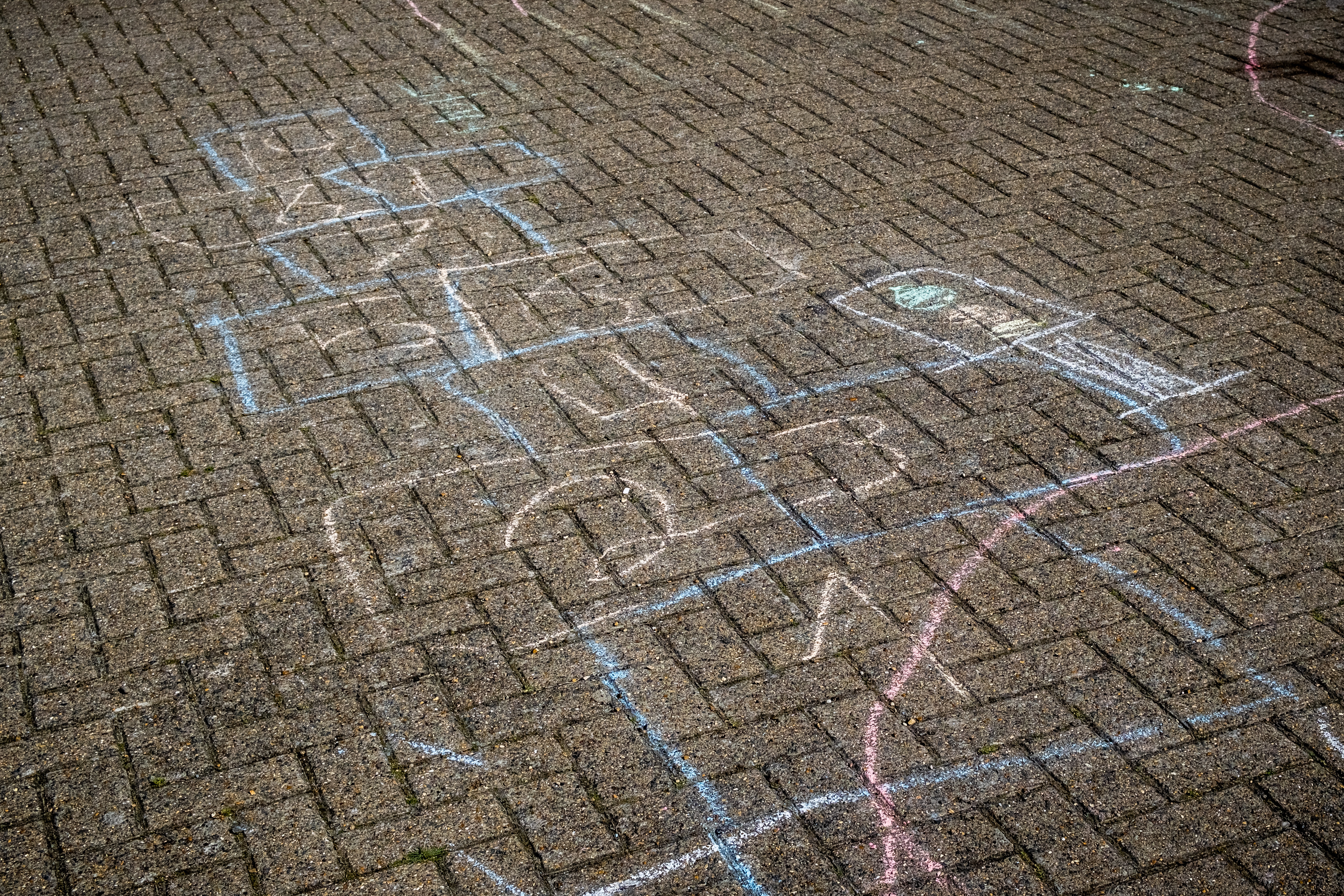 The markings later washed away, but the mum was stunned when cops and a local housing association were called by unhappy neighbours complaining about the "vandalism" in Newport Pagnell.

Posting on the group, Family Lockdown Tips and Ideas, Sarah wrote: "How do you feel about children chalking on the pavement? Nothing offensive.

"My children are 6, 9, and 13, plus their friends. Hopscotch, tracks for scooters, drawing around themselves and it completely washed away a few days later.

"Had complaints made about it to housing and police. I thought kids playing outside was better than sat in, in front of screens."

After receiving hundreds of supportive comments, Sarah later revealed that her children and others in her neighbourhood – undeterred by the complaints – had been back out with the chalk.

"After their first day back at school and playing at the park, they went out and chalked some more yesterday," she wrote.

"They played more hopscotch, what time is it Mr Wolf? made a road for the bikes with traffic lights, roundabouts and parking, to which even passers by joined in.

"The kids loved it and so did I. They played out for about three and a half hours with friends and neighbours, 12 children in total aging from 4 for 13.

"They laughed lots and thoroughly enjoyed themselves. Loved the community spirit it brought.

"I'm sorry but anyone who thinks this needs to be complained about has a serious problem. Or the person who loudly said have you seen the state of this, needs to get a life as when the rain comes in a few days it will be gone.

"I am making the most of possibly the last few nice days before winter kicks in."

Since posting about the negative reaction she received, many have rushed to offer support to the mum.

Gemma Collins wrote: "Shame on you for letting your kids enjoy themselves out in the fresh air with a bit of innocent chalking.

"Seriously though, I actually can't believe somebody complained about this.

While Su Gooderham added: "Some people need to get a grip, children chalking soon washes away."

It comes after jobsworth cop ordered a bakery to remove chalk social distancing lines for customers – claiming "otherwise there will be anarchy".

The officer threatened Grodz bakery in Edgware, North West London, with an £120 fine for criminal damage after deputy manager Gemma Migdal sprayed the lines on the pavement to "protect" punters.

She was stunned when the officer likened the social distancing lines, which popped up in shops across the UK last year to help stem the spread of Covid, to protesters wrecking London landmarks. 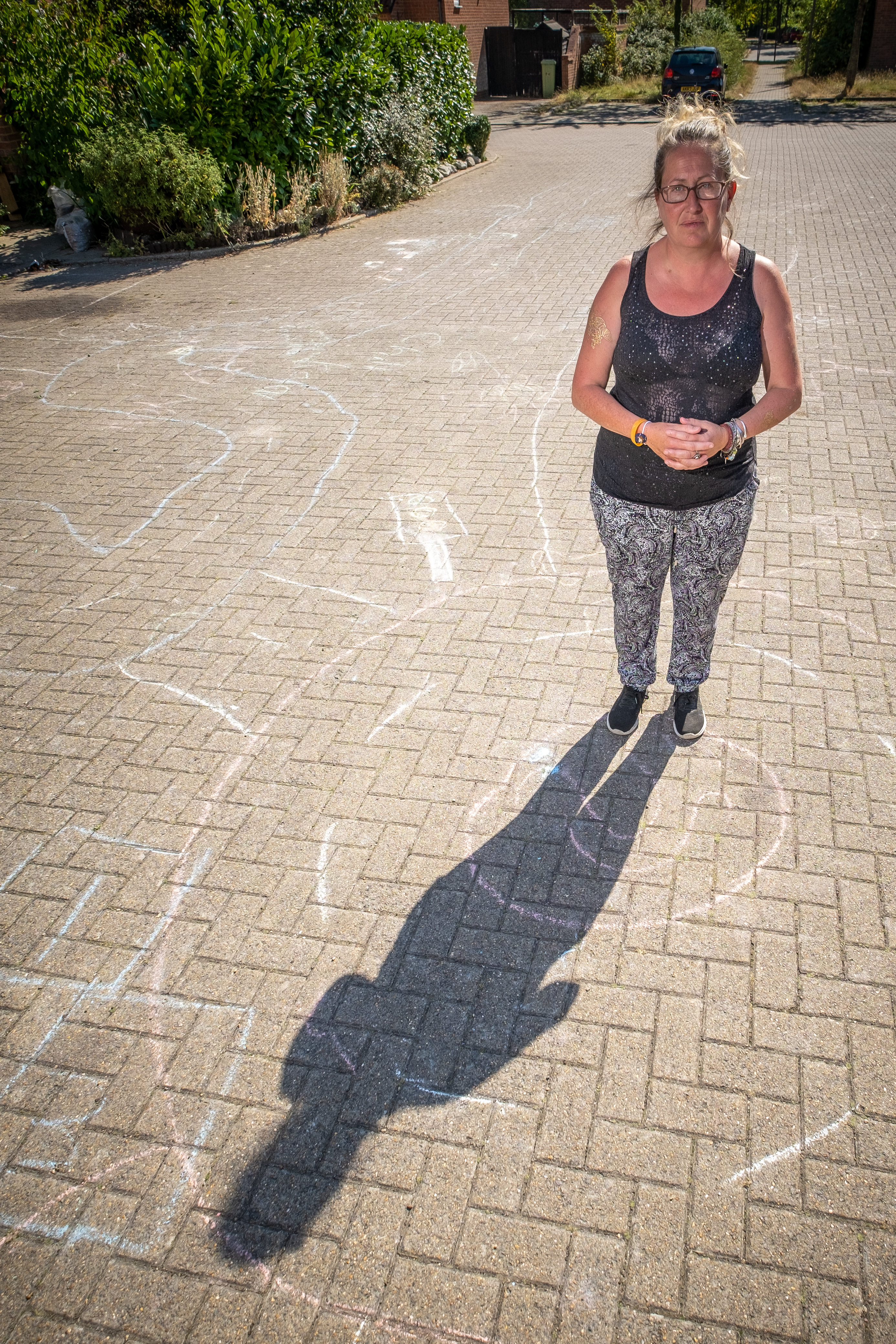