A murder investigation has been launched after a 22-year-old man was shot dead in Birmingham this afternoon.

The shooting allegedly happened on the junction of Wheeler Street and Lozells Road just after 12.30pm today.

Emergency services scrambled to the scene and found the man, whose identity has not been revealed, in critical condition.

They provided specialist trauma care at the roadside before rushing the victim to hospital were where he succumbed to his injuries.

Officers have since arrested a 28-year-old man on suspicion of murder and he remains in in custody for questioning. 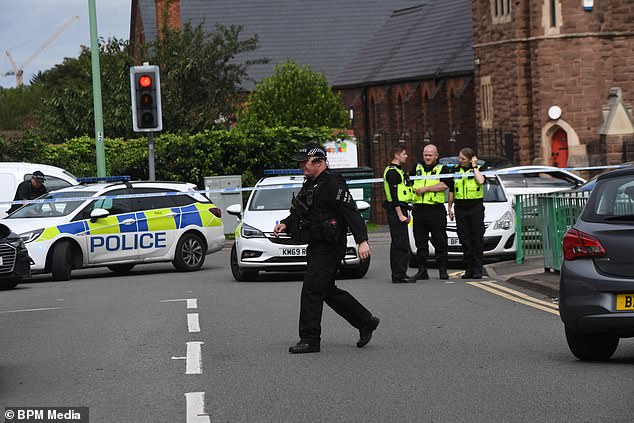 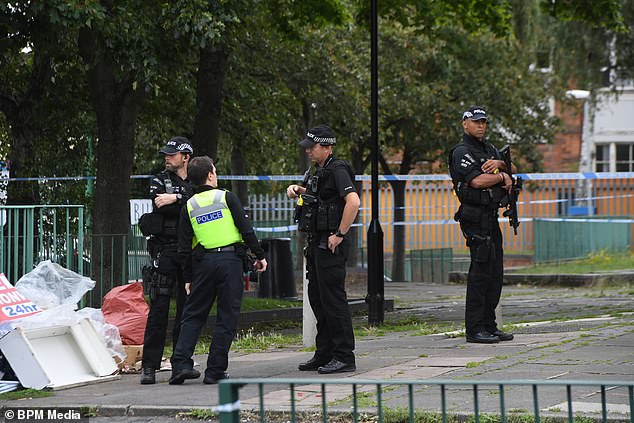 The man is believed to have been shot in the stomach, BirminghamLive reported. .

Witnesses said they no longer felt safe in the area and told the news site they heard ‘seven shots’ as the gunman opened fire.

A 31-year-old mother, who lives close to the scene, said: ‘I heard all these shots. Seven shots one after the other. I have a young daughter. This sort of thing is traumatising for her.’

The area was placed behind a cordon and a heavy police presence was stationed at the scene as officers gathered evidence.

Detective Chief Inspector Jim Munro, from the force’s homicide unit, said: ‘This is a very dynamic situation and we are exploring every avenue to establish what happened this afternoon.

‘Although we have made one arrest we believe that others were involved.

‘We need the help of the community to come forward with information so that we can find all those responsible for such a shocking crime in broad daylight.

‘The man’s family have been informed and we have specialist officers with them after receiving just devastating news.’

Inspector Lee Wiggan, who leads the neighbourhood policing team in the area, added: ‘Over the coming days you may well see an increased police presence within your community, as detectives continue their investigation and uniformed officers remain on patrol within the area. 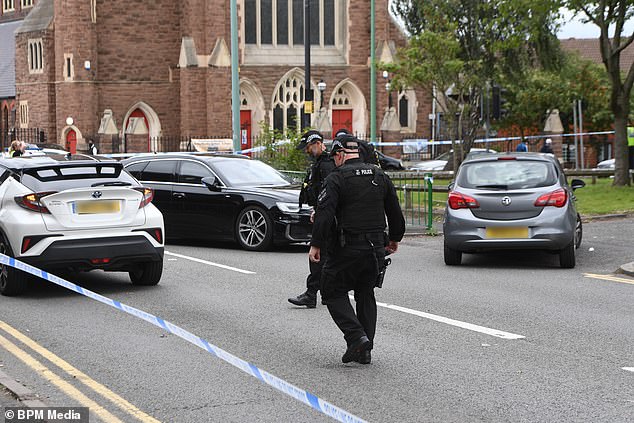 The shooting allegedly happened on the junction of Wheeler Street and Lozells Road just after 12.30pm today

‘Some of the tactics we may need to employ as a police service over the next few days and weeks may include the use of armed officers as well as the application for extended search powers under Section 60 of the Criminal Justice Public Order act 1994.

‘We will let you know where we can if we are doing this.

‘In times like these, I can’t help but be saddened by the unnecessary loss of life and the associated grief experienced by friends and loved ones.

‘This grief will also be felt by you as members of the community.’

Information about the incident can be submitted via Live Chat on the West Midlands police website, west-midlands.police.uk, between 8am and midnight or by calling 101 any time.