AN INVENTOR who murdered and butchered a journalist on a homemade submarine has attempted to escape prison.

Peter Madsen was jailed for life for the gruesome killing of respected Swedish freelance reporter Kim Wall after he had lured her onto his submersible. 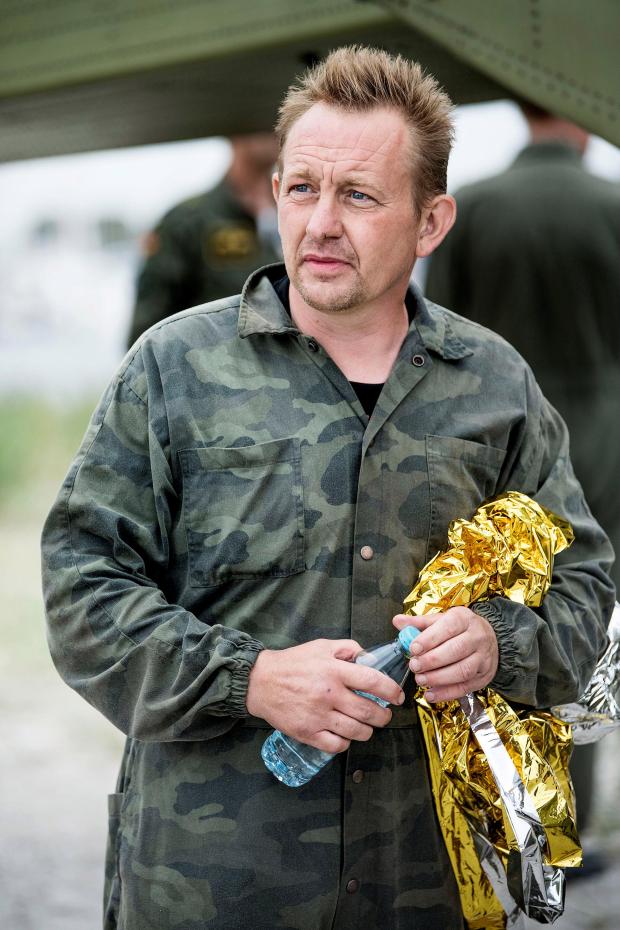 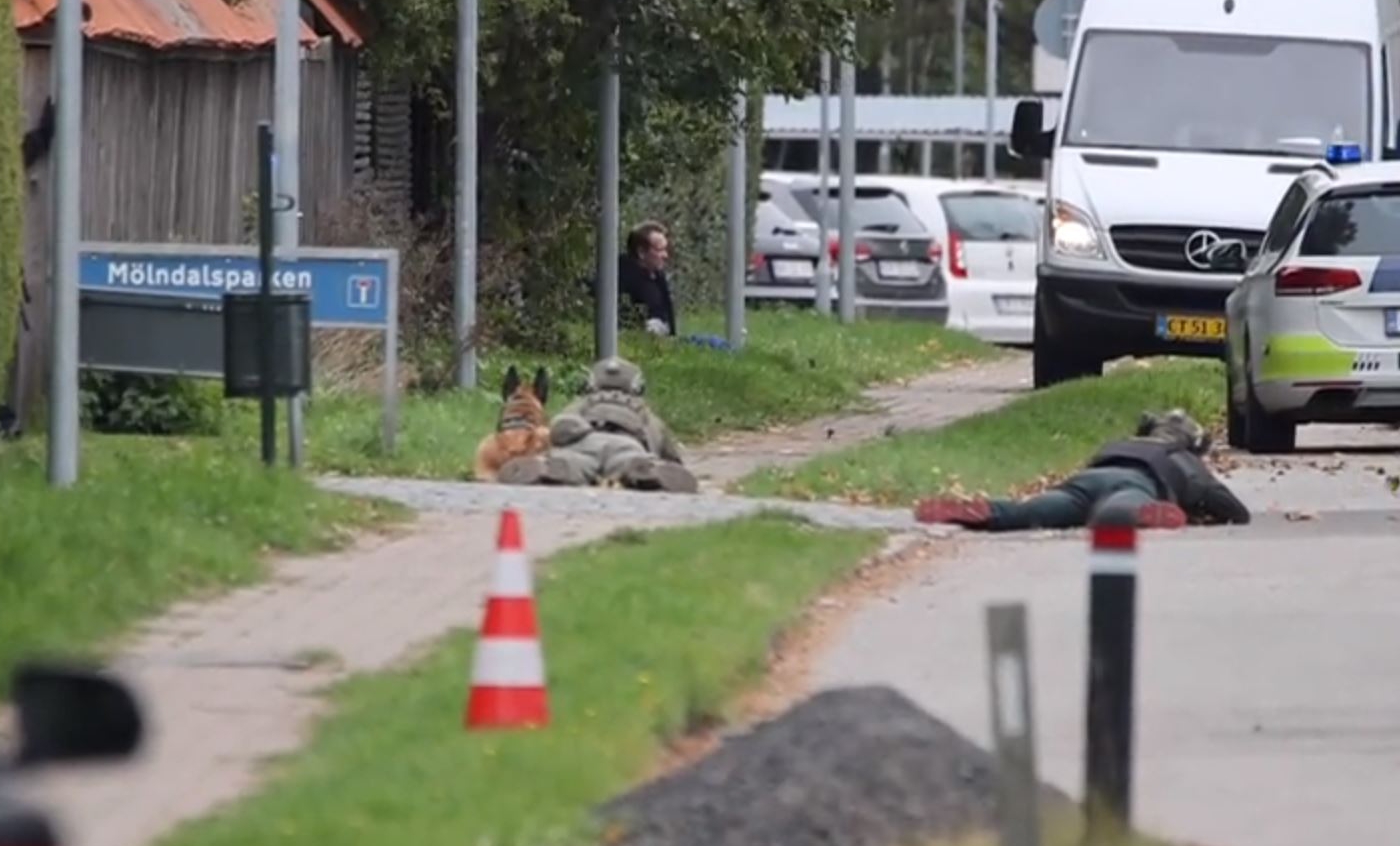 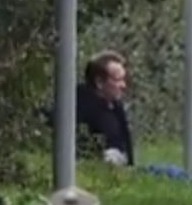 Danish investor Madsen has been imprisoned in Herstedvester Prison on the outskirts of Copenhagen since 2018 but is now reported to have attempted to escape.

He is reported to have to have threatened guards this morning by claiming he was carrying a bomb during his escape.

He was also brandishing a "pistol-like object", reports Expressen.

The murder appears to got around 500 metres away from the prison before being stopped by a massive police swoop.

Pictures show him sitting upright by a roadside surrounded by officers at the scene in Albertslund.

Witnesses described seeing a flood of police activity as they apprehended Madsen.

Cops can be seen with their guns trained on him and a bomb squad was also called to the scene.

Police are attempting to determine whether or not Madsen has a real explosive charge – and have told a bus driver to his vehicle to block the scene.

Forensic psychiatrist Henrik Day Poulsen told Danish website BT: " He is a gifted man, but also a man who is incredibly dangerous.

"We are dealing with a man who has committed one of the most bestial murders in Danish history, and precisely because he can use his talent for something dangerous, it is very worrying that people do not take better care of him." 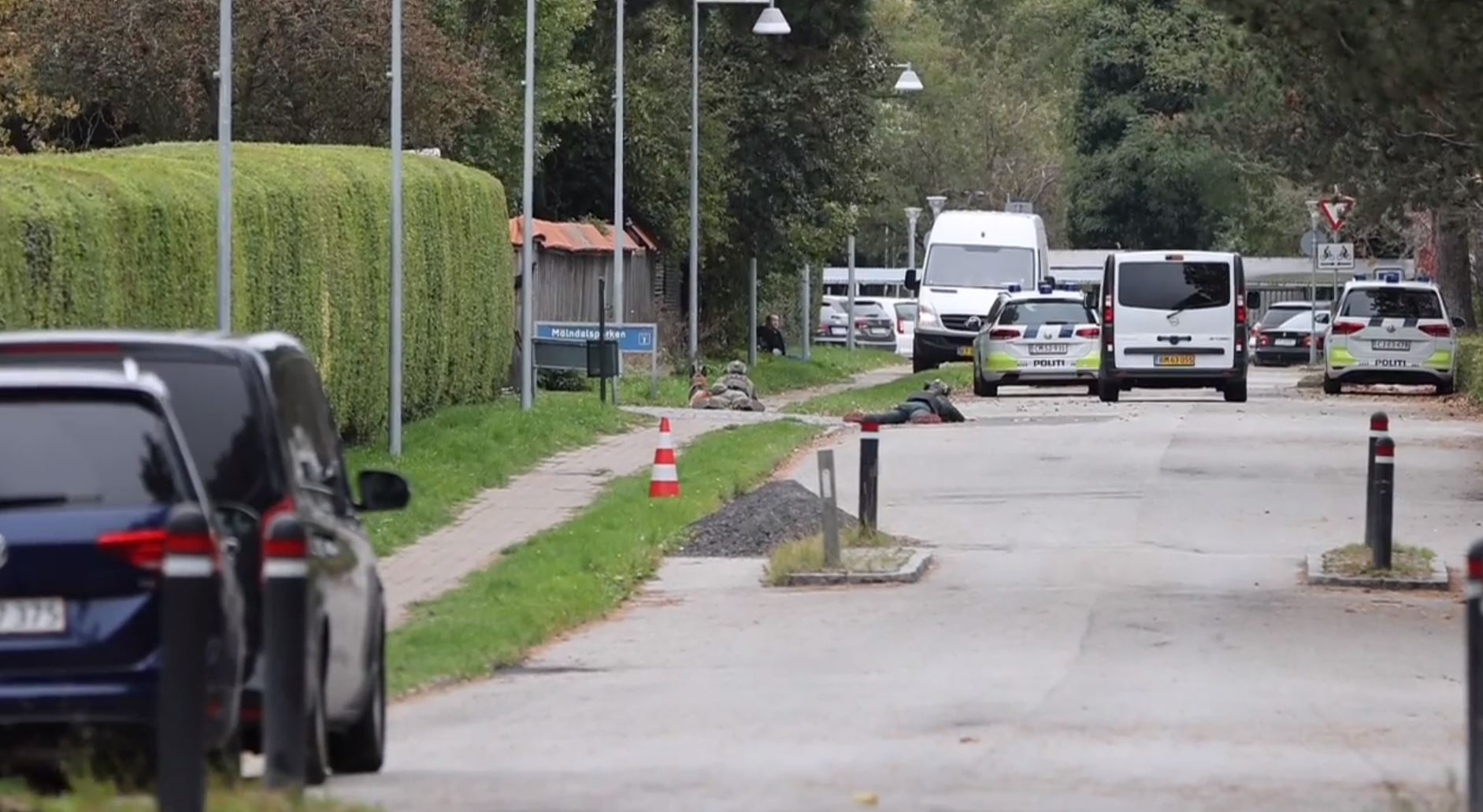 Madsen was the skipper of the UC3 Nautilus, the private submarine he designed and built in 2008.

The Dane initially owned it in partnership with a group of volunteers who helped maintain it, but took full control after a dispute in 2015.

According to prosecutors, Madsen invited Ms Wall on to his miniature submarine so that he could fulfil the most vile and violent of sexual fantasies.

They allege he brought a saw, knife and sharpened screwdrivers to the vessel where he invited Ms Wall to conduct an interview.

Prosecutors also argue that Madsen strangled or beheaded his victim after torturing her. 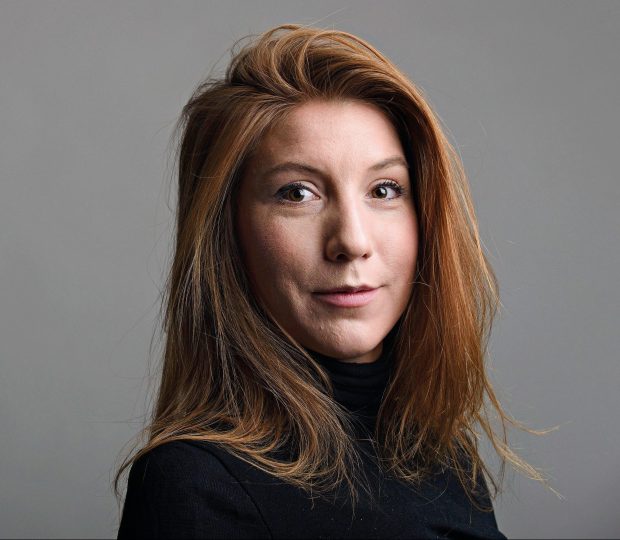 An indictment claims he stabbed her several times, cutting off her head and limbs before throwing her body parts into the sea.

Madsen admitted dismembering his victim in the bathroom of the vessel after she died accidentally on board but refused to go into detail because it was "so horrible".

He claims he panicked and just wanted to remove all traces of her after her death.

He denied the murder and sexual assault charges against him.

His claim that Ms Wall's death was accidental was dismissed by the court.