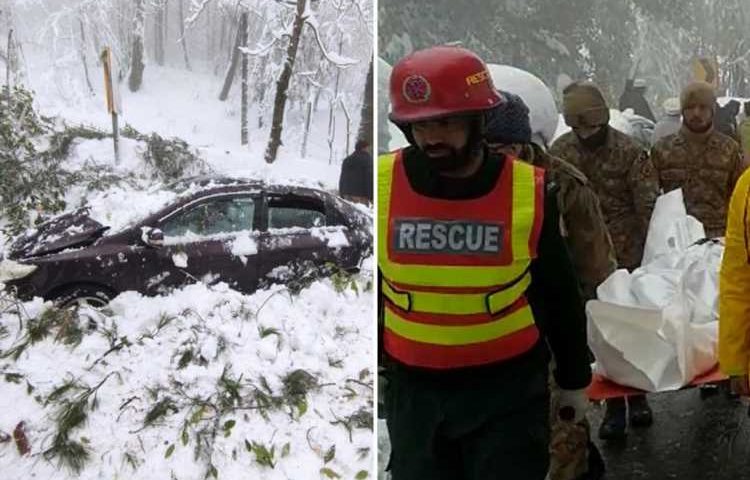 AT least 21 people including 10 children have died after heavy snow trapped them in their vehicles in northern Pakistan.

Police said most of the victims in a popular mountain resort town of Murree had frozen to death in their cars, others perished from carbon monoxide poisoning after running their heaters for long periods of time. 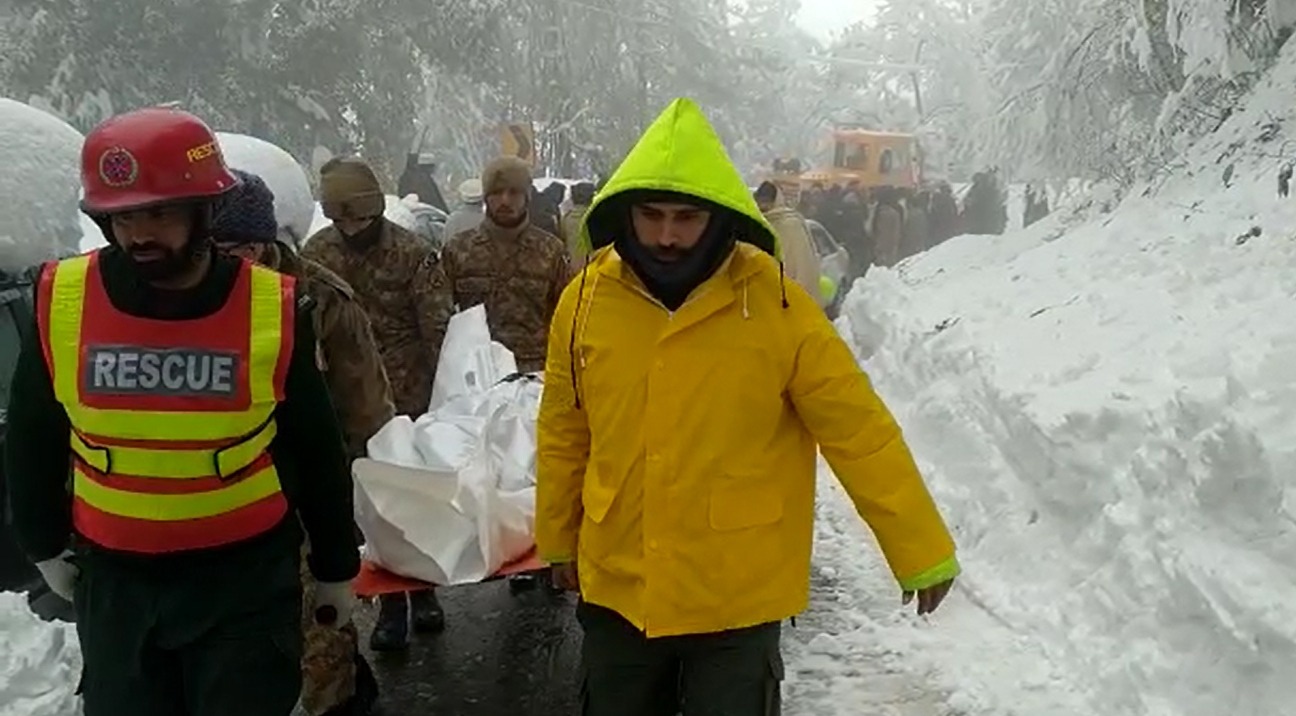 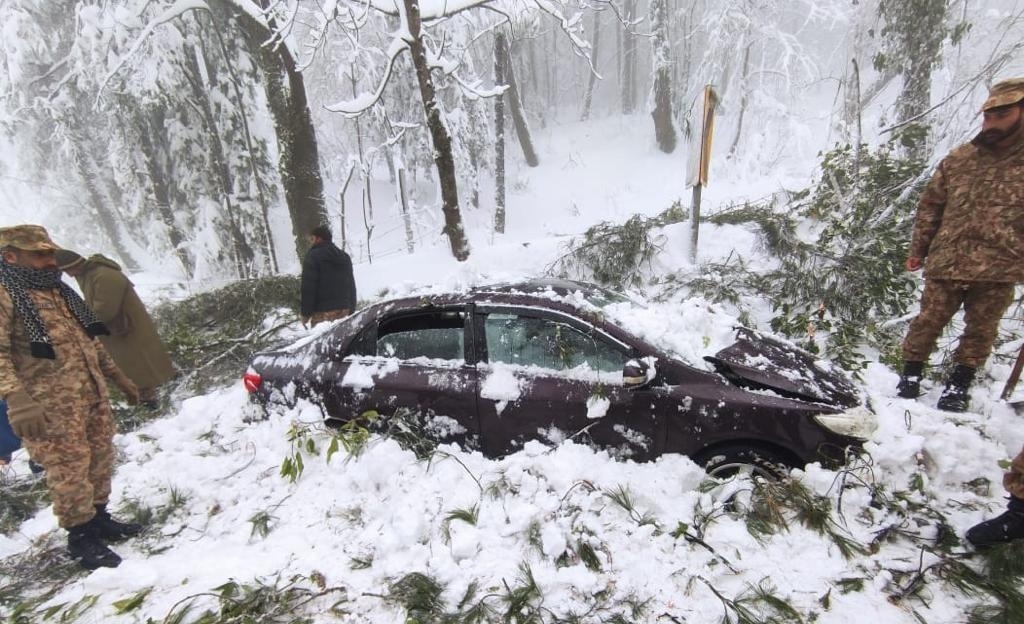 As many as 1,000 vehicles had become stranded as would-be tourists yesterday reportedly rushed to view the winter snowfall in the hilltop town.

More than four feet of snow fell in the area of the Murree Hills resort overnight on Friday and early today trapping thousands of cars on roadways, Interior Minister Sheikh Rashid Ahmed said.

Temperatures had fallen to minus 8 degrees Celsius.

Among the victims were an Islamabad police officer and seven other members of his family.

The snow was so severe that heavy equipment brought in to clear it initially got stuck during the night.

Officials then called in paramilitary troops and a special military mountain unit to help.

By this evening, thousands of vehicles had been pulled from the snow but more than a thousand were still stuck.

Most roads leading to the area's resorts have now been largely cleared of snow.

The military also converted army-run schools into relief camps where they provided shelter and food for the tourists who had been rescued.

Emergency officials had distributed food and blankets to people while they were trapped in their snowed-in vehicles, yet were too late to save those who died of hypothermia.

Others may have died from carbon monoxide poisoning after running their car heaters for long periods of time, said rescue services physician Abdur Rehman.

So far the death toll included 10 men, 10 children and two women, but this could rise.

In one instance, a husband and wife and their two children all died in their car.

In another, four young friends died together, he said.

Located 28 miles north of the capital of Islamabad, Murree is a popular winter resort town that attracts well over a million tourists annually.

Streets leading into the town are often blocked by snow in winter. 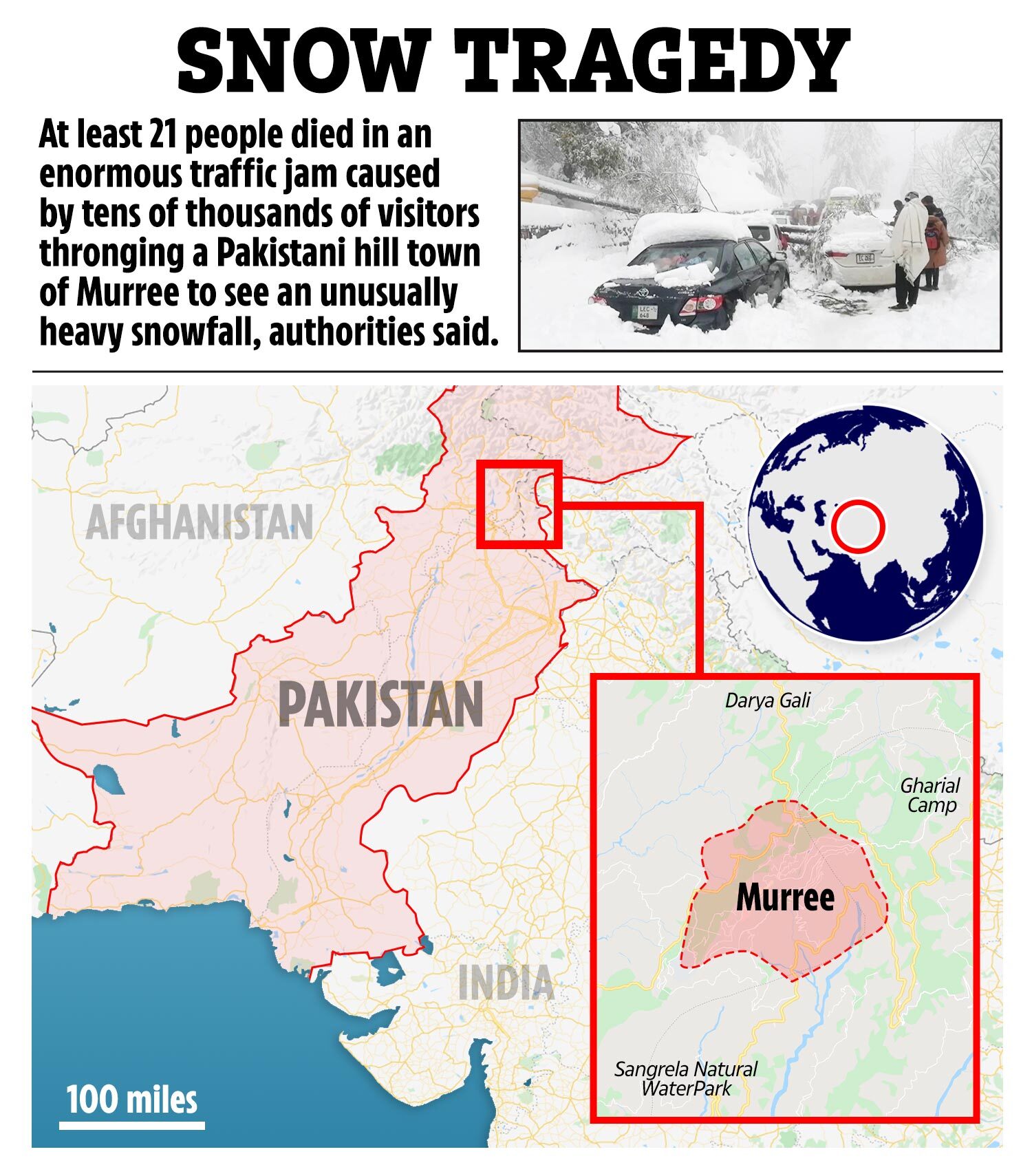 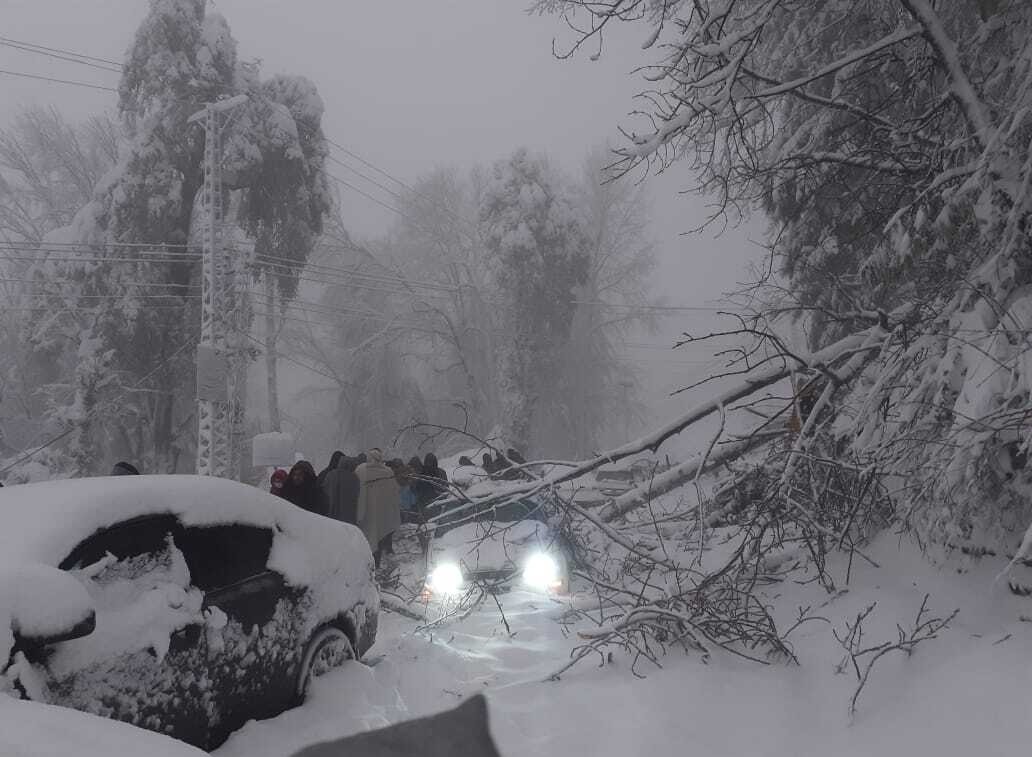 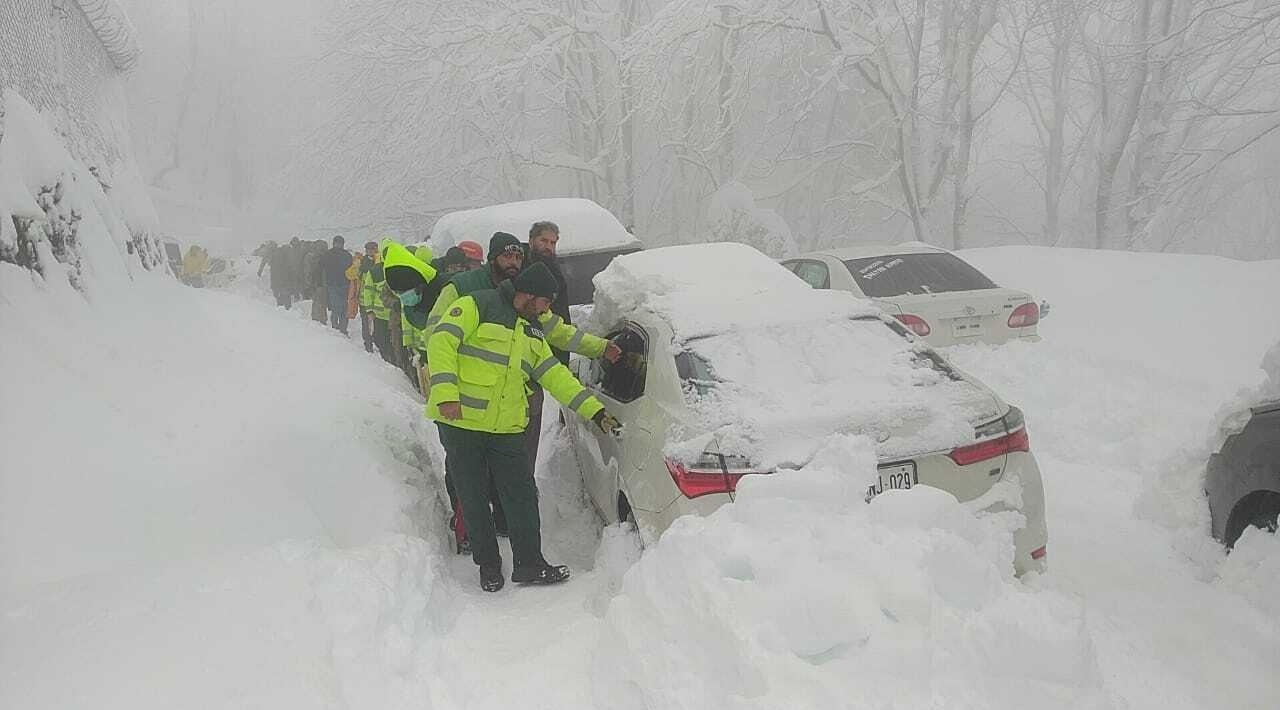