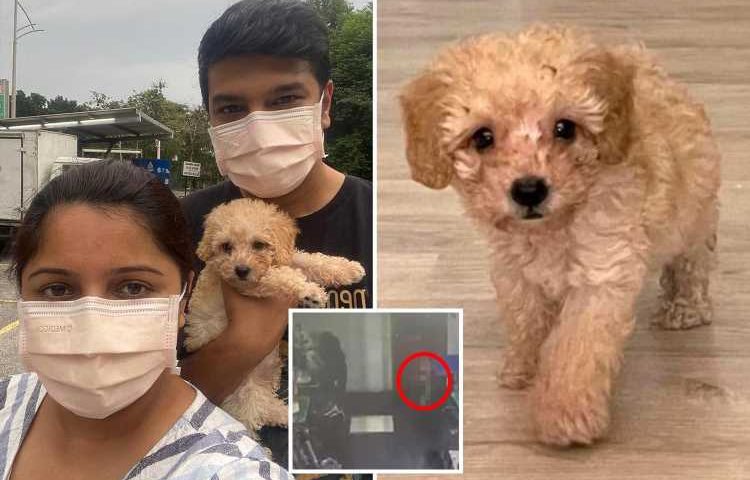 PET owners have told of their horror after their puppy fell off a grooming table and hanged to death by its lead.

Harrowing footage shows the dog dangling for a whole seven minutes before someone realises it's no longer alive at the pet shop in Malaysia. 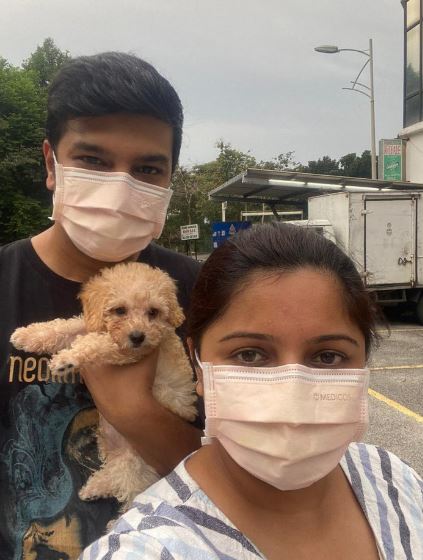 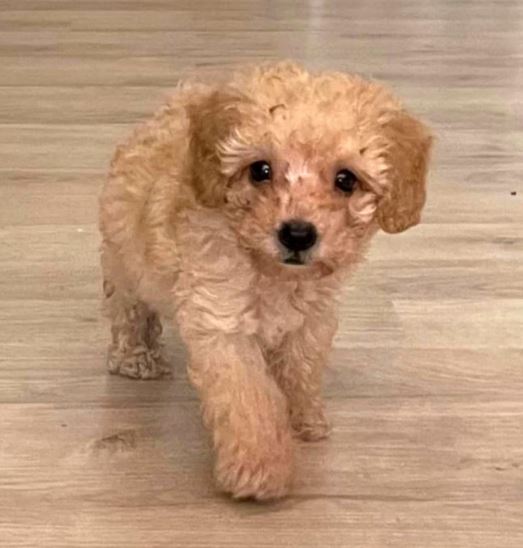 The horrifying incident took place at a Petsmore store in Selangor, earlier this month.

Jayanth Sridhar and wife Bhumika, who owned the five-month old puppy called Peanut, accused the pet shop of negligence in a Facebook post after receiving a copy of the CCTV footage.

The couple said: "We write this post with a lot of sadness and pain, having to go through the loss of our beloved five-month-old toy poodle puppy, Peanut, to shameful negligence from the staff of Petsmore."

The couple had gone on holiday and handed Peanut over on October 5.

But, after arriving home, they received a call from the pet store informing them that Peanut had "passed away and that he had fallen off the grooming table".

After reviewing the full CCTV footage, Jayanth said a worker moved Peanut from the play area to take care of another dog.

But instead of placing the pup in his crate, the employee allegedly put him on the grooming table.

The dog then fell off the table and was strangled by its lead while suspended in the air.

Jayanth claimed that her dog died after around five minutes of struggling and that another two minutes passed before the worker realised what had happened.

After obtaining a copy of the CCTV footage, the couple took to Facebook to warn others and called on the local authorities to take action against the pet shop.

Jayanth said Petsmore sent him a letter apologising for the incident four days later, which he labelled "diluted".

A spokesperson for the store is quoted as saying: "It was our personnel's mistake and carelessness on our standard operating procedure, which pets should be leashed across the body but not around the neck only.

"We sincerely regret that the on-duty groomer in the room was not alerted the first time, which led to a missed opportunity to save the puppy."

The store also announced it was taking disciplinary action against the groomer and branch manager for breaching Petsmore's guidelines.

The pet shop also reportedly offered to pay for the Peanut’s burial costs and tried to give the couple a new poodle.

It is unclear if the couple plan to take the matter further and if the local authorities are investigating the store. 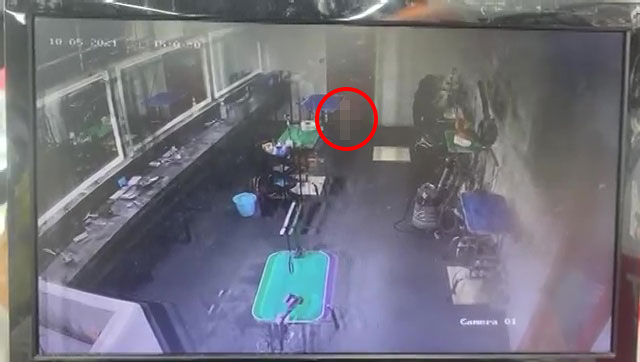