Furious travellers blasted the "bizarre" error which saw them stuck in winding lines for two hours at the three busy London airports this morning. 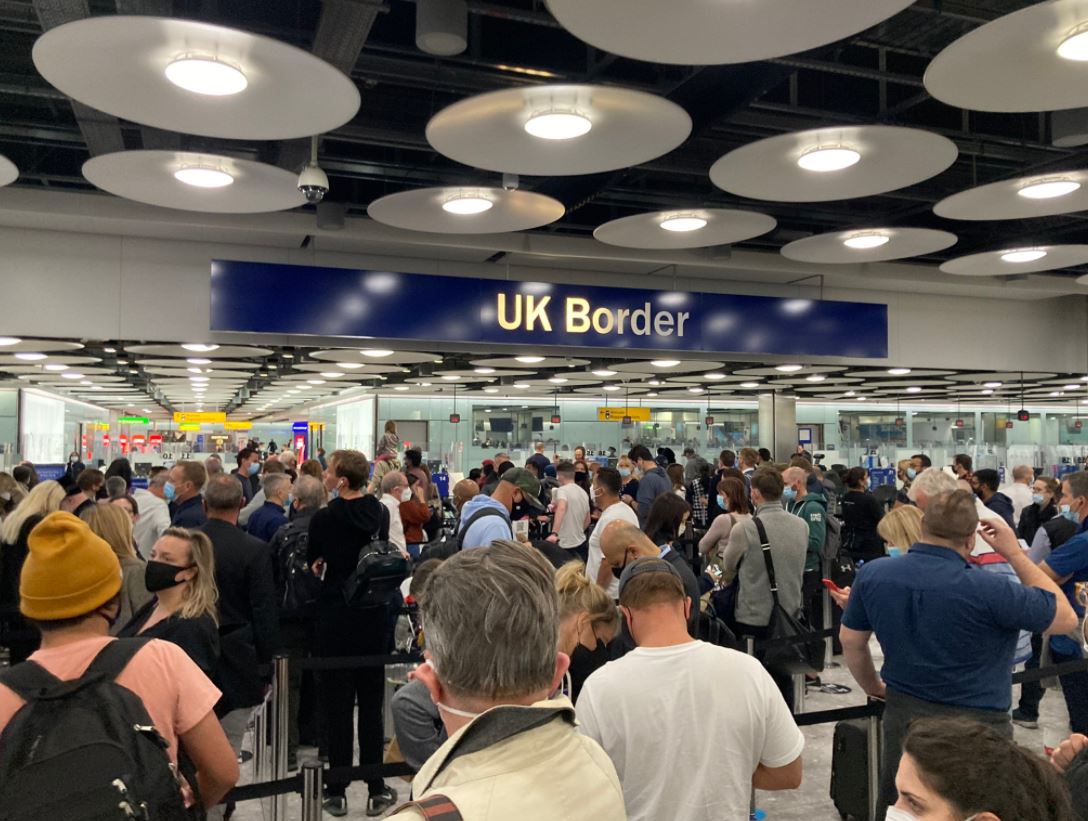 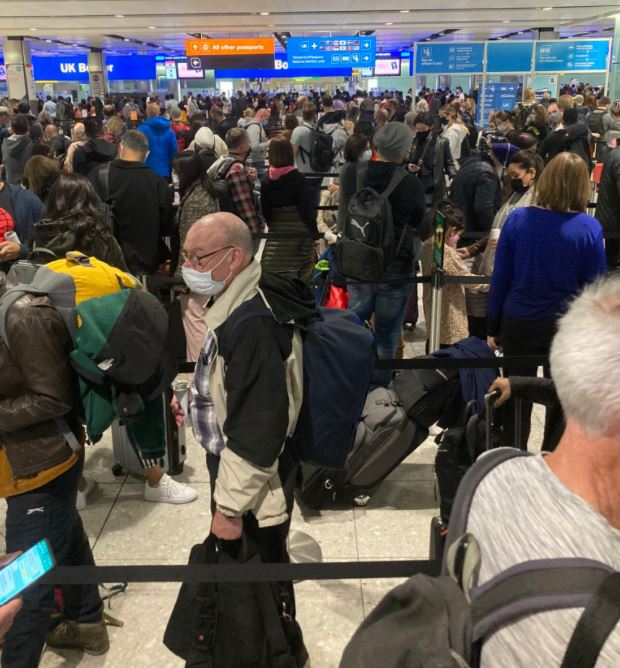 The Home Office apologised to raging Brits, and blamed a "technical issue affecting eGates at a number of ports".

Passengers were told the issue was a "national outage at border control" by frantic officials working to keep mask-wearing travellers in a Covid-safe line.

It marks the third time eGates – relied on by Brits for a speedy journey through customs – have caused chaos at airports in just three months.

Bloomberg reporter Sid Philip was trapped in today's queues and wrote on Twitter: "Another day, another outage at Heathrow.

"Two hours from plane to outside the terminal and I was lucky! The bizarre bit was for about ten minutes none of the counters were manned as the agents laughed, stood up and left!"

"Looks like it's going to be well over two hours waiting for someone to check my forms."

Paul Knights, 56 – who has been stuck at Luton Airport since 9.40am – told MailOnline: "Someone has come up and down the queue, they've said it's a national outage at border control.

"The official came up once or twice in this massive queue. I'd say there's probably another hour to go.

"People are patient here, there's no ranting and raving. It's generally quite calm."

Meanwhile, a Heathrow Airport worker told The Times: "I came onto shift and they were working.

"Then they just failed and all we've been told is there is a technical issue. It's becoming a real issue."

A Home Office spokesman said: "We are aware of a technical issue affecting eGates at a number of ports.

"We are working to resolve the issue as soon as possible and apologise to all passengers for the inconvenience caused." 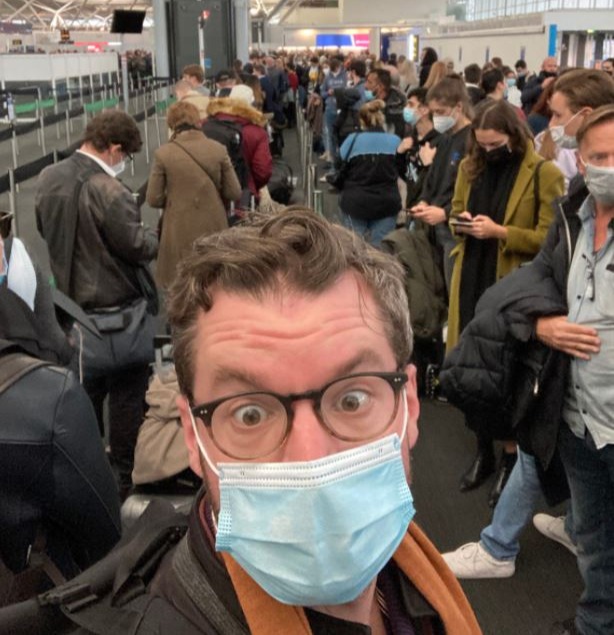 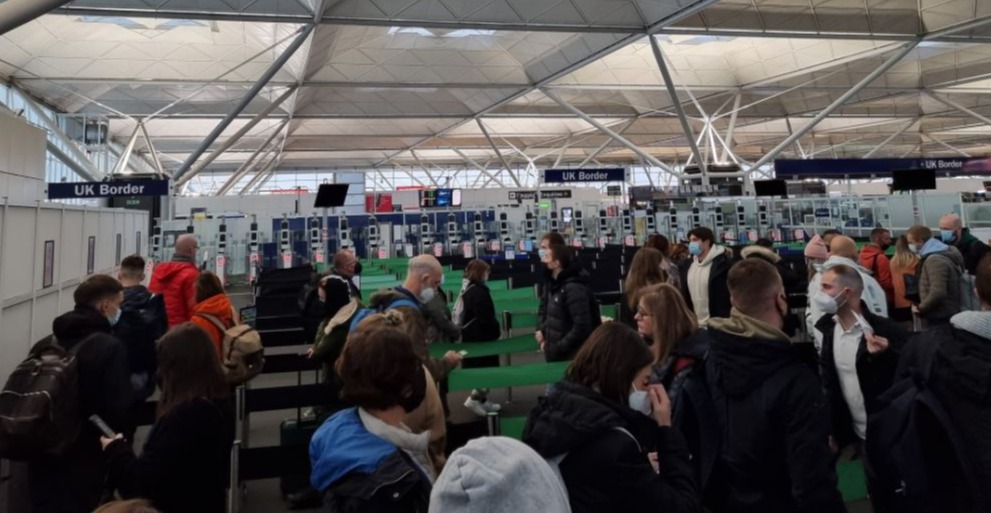 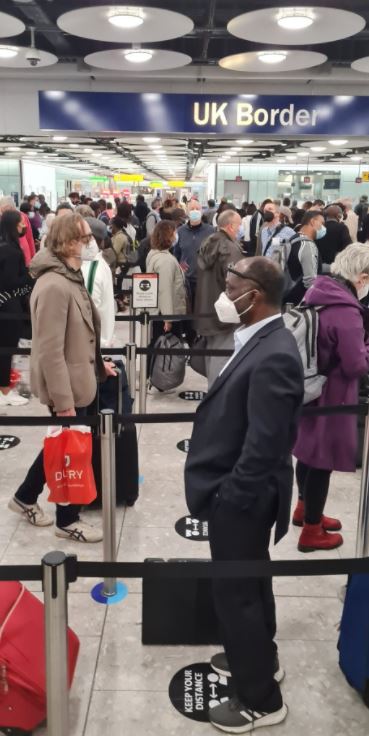