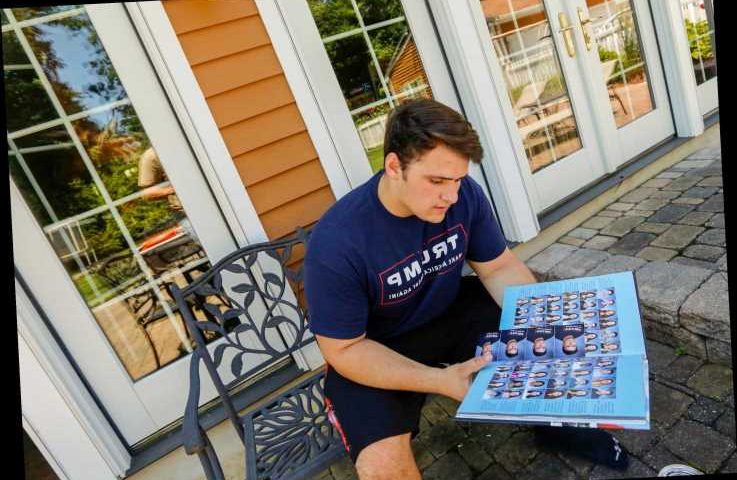 WALL TOWNSHIP, N.J. (AP) – A New Jersey school district is paying $325,000 to a former New Jersey teacher who claimed she was forced to digitally edit a Donald Trump T-shirt worn by a student in a yearbook photo.

The Wall Township school board approved the settlement agreement with Susan Parsons on Tuesday, NJ Advance Media reported. The district made no admission of wrongdoing or liability. The money will be paid by the district’s insurance carrier. 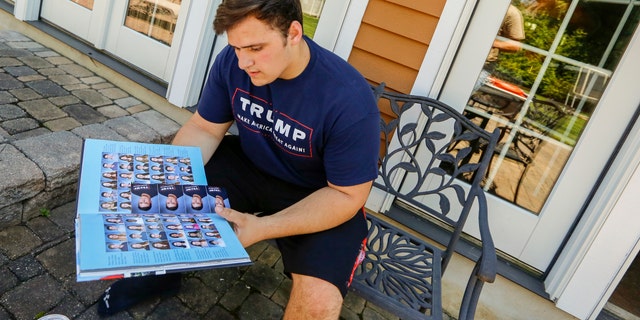 In this June 9, 2017, file photo, Grant Berardo, a student at Wall High School, flips through his 2017 school yearbook in Wall, N.J. The yearbook includes a photo of him wearing a digitally altered T-shirt that originally included the words "Trump Make America Great Again." The school district is paying $325,000 to a former New Jersey teacher who claimed she was forced to digitally edit the T-shirt worn by a Berardo. (Andrew Mills/NJ Advance Media via AP)

Parsons was the high school’s yearbook adviser when she said a secretary acting on behalf of the principal ordered her in 2017 to remove “Trump Make America Great Again” and make it appear as if the student was wearing a plain navy blue T-shirt.

“That has to go,” the suit alleged Parsons was told.

Parsons, who said she voted for Trump in 2016, said she was made a scapegoat and received death threats. She was suspended with pay after the incident. She claimed she regularly complained about being forced to alter photos.

Parsons will receive about $204,000 and the remainder of the settlement will cover attorney fees, according to the agreement.

The school district reissued the yearbook with the original unaltered photo.