The 23-year-old offensive tackle was kicked out of training camp practice after getting into a fight with a teammate, the third post-whistle scuffle he has gotten into in as many days.

“We don’t have time for that,” head coach Dennis Allen said after practice. “I sent two guys in today and we got to get our work done. We’ve got to learn as a team how to compete and how to play and how to practice, and push ourselves to the limit, and yet not take it over the edge.”

Penning was involved in a fight with defensive lineman Malcolm Roach, according to Pro Football Talk.

STAY UP TO DATE: Sign up for our Sports newsletter now! 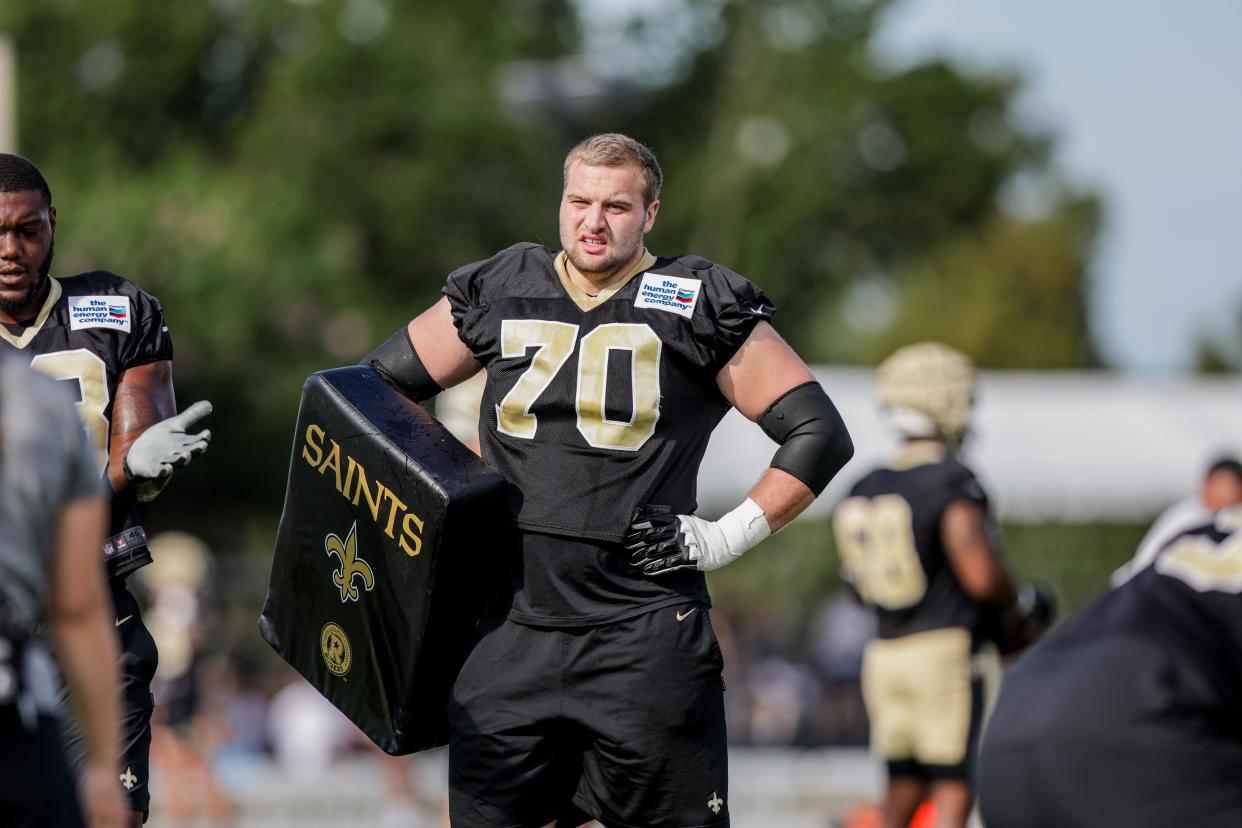 Allen confirmed that two were sent to the locker room. The first-year head coach said he had a conversation with the entire team about taking it too far and will talk “with those two players sometime between now and next practice.”

The Saints drafted Penning out of Northern Iowa with the No. 19 overall pick in the 2022 NFL draft.

Although Allen previously said he loves Penning’s “feistiness,” he said the rookie “took it a little bit over the top today.”

“We are in the third day in a row in practice,” Allen said. “People begin to get a little bit tired and things get a little bit chippy. It’s not unusual for something like that to occur during a training camp. It’s certainly something we don’t want to see happen. It’ll be addressed and we’ll move forward.”