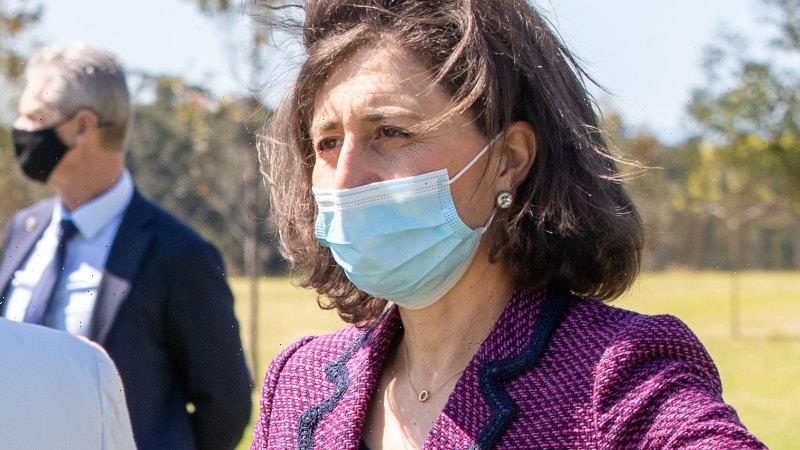 Speaking in western Sydney on Monday, Premier Gladys Berejiklian warned we can not “read too much into” the slightly lower case numbers reported in NSW, noting it was still expected October would be the worst month for the state’s hospitals. 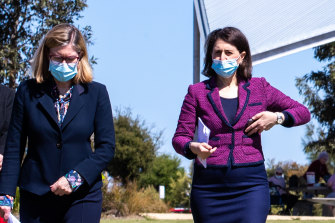 “We can’t be complacent because we know that, unfortunately, given what [the] Delta [strain of the virus] does, if we are too complacent too early, things can get out of control, and that is the last thing we want.”

MS Berejiklian revealed that about one in five children aged 12 to 15 have now received their first dose of a COVID-19 vaccine.

“Given that was only made available about a week ago, that is an outstanding result and we are urging all parents to consider vaccinating their 12 to 15-year-olds,” she said.

“We want to make sure that when school goes back we have not only great coverage in the adult [population] … but in the 12- to 15-year-old group which is so critical.”

Children aged 12 to 17 can receive the Pfizer vaccine and also the Moderna vaccine, which will begin to become available at some Sydney pharmacies later this week.

Across NSW, 82.2 per cent of the over-16 population has received a first dose of a COVID-19 vaccine, and 52.7 per cent are fully vaccinated, NSW Health reported on Monday morning.

Residents in Sydney’s west and south-west woke up to eased restrictions on Monday, with most rules in the local government areas of concern now in line with the rest of the city.

Canterbury-Bankstown Mayor Khal Asfour said residents in the region had only ever asked for the same freedoms as everyone else.

“I’m really happy that [the Premier has] chosen to release some of the shackles on my community,” he said on 2GB on Monday morning. “It’s been a fantastic announcement yesterday and today’s going to be a great day.” 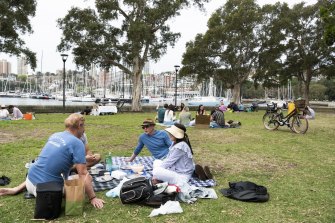 Rushcutters Bay was a popular picnic spot over the weekend after restrictions eased for the fully vaccinated.Credit:Rhett Wyman

The easing of restrictions came after the mayors from the affected LGAs had a long-requested meeting with Ms Berejiklian last week.

The new rules mean five fully vaccinated adults can now meet outdoors for a picnic within five-kilometres of their home, or the LGA they live in.

People can also pick a person to be their single buddy who lives anywhere in Greater Sydney and there is no longer a time limit on outdoor exercise and recreation.

An aged care cluster in Sydney’s west has grown to 40 resident cases, the largest recorded in the city’s current outbreak, although figures continue to show aged care residents are largely escaping infection.

There are now 40 positive residents and six staff cases at Guildford Nursing Home after 16 additional cases were detected last week, according to the federal government’s weekly report.

Two residents at the facility have died, including a man in his 90s reported on Thursday.

There were 567 new local cases reported in Victoria on Monday, the highest number in the state this year. Victoria also reported one additional death from the virus.