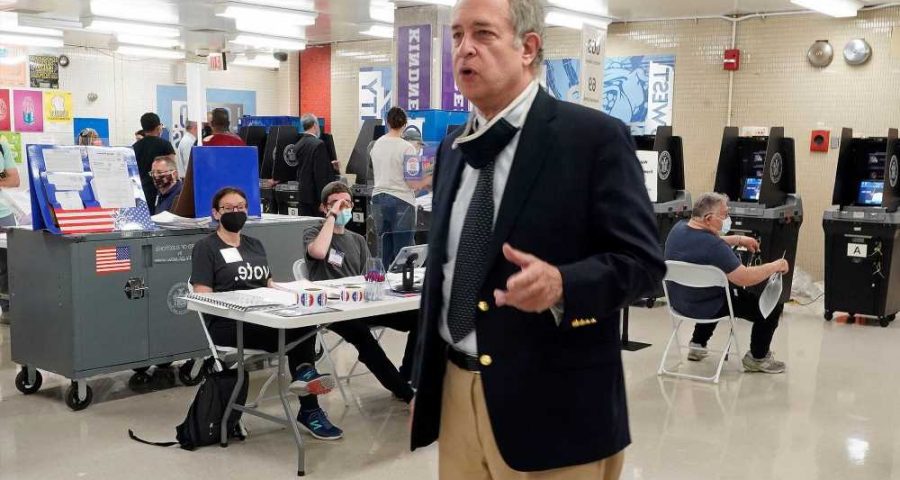 BOE left in hands of ‘unqualified’ No. 2 before primary fiasco: source

Board of Elections President Fred Umane said the board was briefed by staffers about the colossal screw-up that led to 135,000 fake ballots from a test run of the BOE’s computer system mistakenly being included in preliminary results released Tuesday afternoon.

Umane, a Manhattan Republican, said that the test ballots came from one borough but that “the error was made in the general office.”

“We’re still trying to do the investigation. The problem has been rectified,” he said.

Umane also said one or more unidentified BOE employees made the massive mistake, noting, “This was not a vendor error.”

“We’re not looking to assess blame,” he said.

Umane acknowledged that the meeting took place without any notice to the public or opportunity for members of the public to attend.

“We had a meeting but it was not a public meeting,” Umane said.

Under state law, all meetings of public bodies “shall be open to the general public,” with public notice of any meeting “given to the news media” and “conspicuously posted in one or more designated public locations.”

A public body can go into a private, “executive session” to discuss certain matters — generally involving investigations, litigation or personnel — but only after voting to do so in public.

Blair Horner, executive director of the New York Public Interest Research Group, said of the BOE, “They had a meeting, it should be public.”

“If it walks like a duck and quacks like a duck, it’s a duck — and a meeting needs to be open no matter what you call it,” he said.

“They owe the public an explanation, especially in light of what’s going on.”

“These guys are a national laughingstock and they should be doing everything possible to restore the public’s confidence,” he said.

“At this point, it’s all about transparency.”

A BOE spokesperson didn’t immediately return a request for comment.