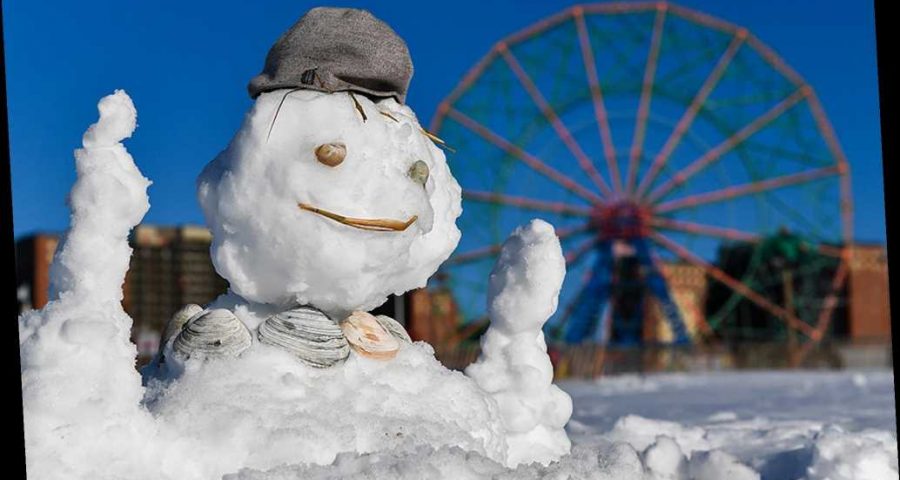 NYC gets buried by winter storm: Post’s week in photos

Football fans may want to take advantage of Saturday’s warmer weather to stock up on wings and beer, as the city braces for a Super Bowl Sunday mini snowstorm.

Three to 6 inches of snow are expected in the five boroughs, along the Jersey Shore and across much of Long Island, according to Alan Reppert, Accuweather senior meteorologist.

The snow is forecast to begin falling at dawn and to linger until mid-afternoon.

“Anyone traveling before the Super Bowl, we’re expecting travel issues with this. Some slippery travel, especially the morning hours” of Sunday, Reppert explained.

The precipitation will not approach Monday’s monster storm, but it will coat the sloppy remnants of the 18 inches that were dumped on the city.

Sunday’s snowfall is once again expected to be wet and heavy.

“This is going to be another wet snowfall here with temperatures right around freezing for much of the snow,” Reppert said.

New York will be spared from the polar-like conditions the Midwest is expecting this weekend — with temperatures as low as -27 degrees expected in Minneapolis — however cold air will move through the area next week, with a high of only 30 degrees expected on Thursday.

As for the big game in Florida, weather is not expected to be an issue.

“There will be some storms around in the morning for Tampa but the afternoon should be clearing out,” Reppert said.