At least 472 cops across all ranks have been injured responding to riots and protests since May 28,  department data shows. Officers have been shot at, stabbed, assaulted with rocks, bricks, struck by vehicles and had Molotov cocktails hurled at them, officials said.

Of those injured, 319 cops required hospital treatment and seven, like Lt. Richard Mack, who was badly beaten while making a July arrest on the Brooklyn Bridge, were admitted to hospitals.

“This behavior is unacceptable and will not be tolerated,” NYPD spokeswoman Sgt. Mary Frances O’Donnell told The Post.

“The average person doesn’t hear about the daily assaults and injuries to police officers,” NYPD Sgt. Joseph Imperatrice, founder of Blue Lives Matter NYC, told The Post. “Officers are hurt every single day whether in regards to being assigned to routine patrol or a riot location.”

Dozens of suspected looters were arrested in Soho May 31-June 1 as protests over the death of George Floyd descended into chaos. A group of 12 people were busted by cops outside Nike Soho on Broadway and a number of high-end boutiques — and even a Bloomingdale’s department store.

Imperatrice, who was on the scene, said protesters pelted cops with “air mail” — including half-filled drink bottles, garbage, rocks and brick fragments. He said an inspector severely sprained his hand “tackling a subject running away from the scene of a location where they had just broken storefront windows.” 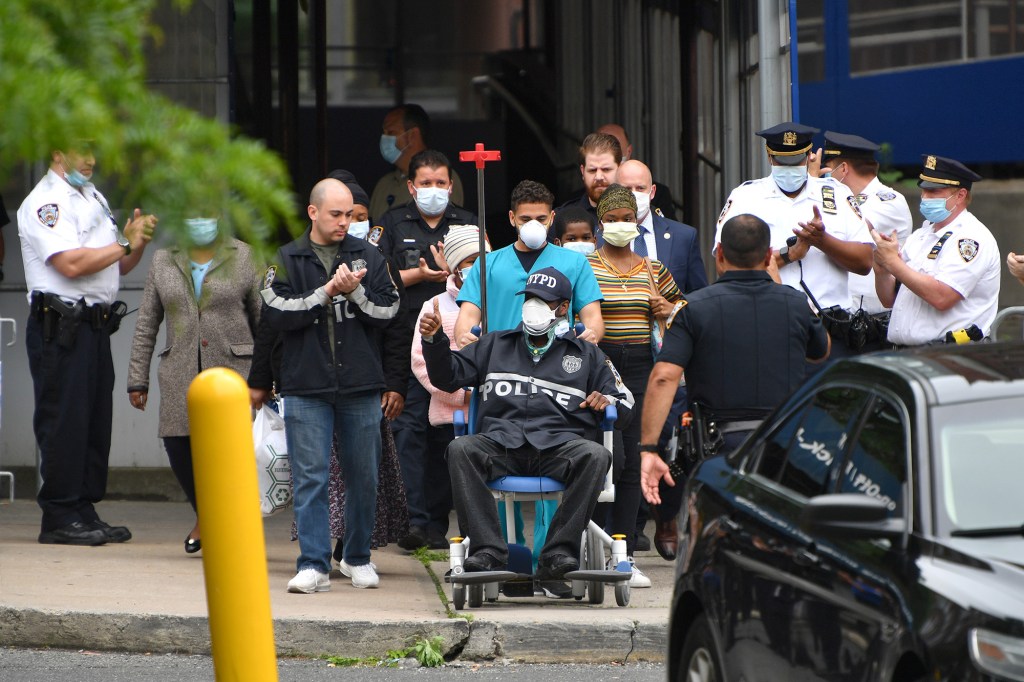 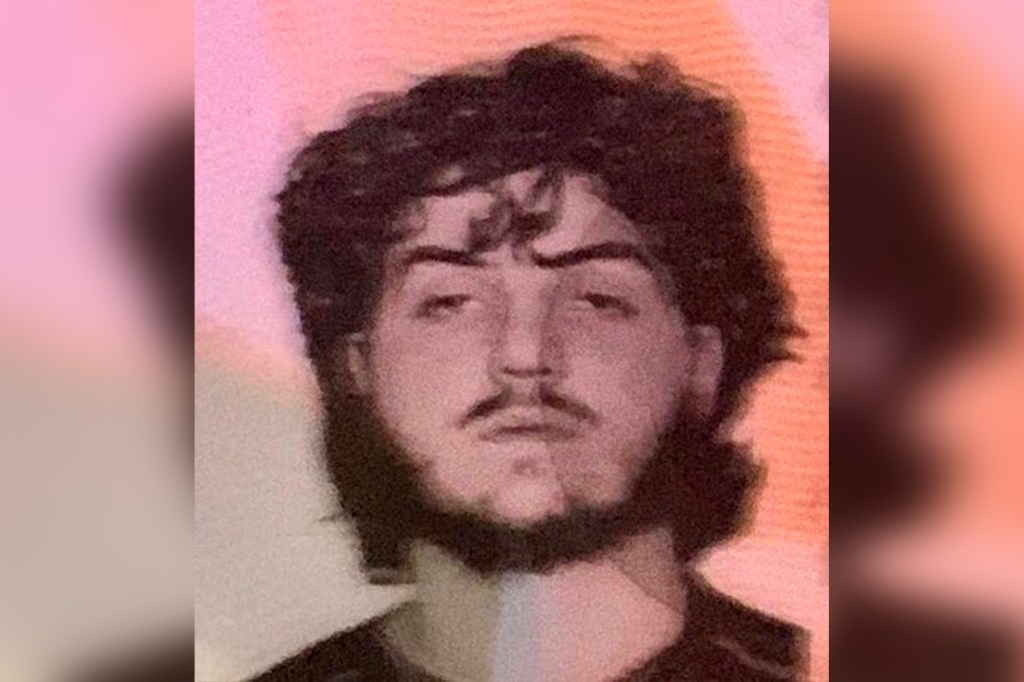 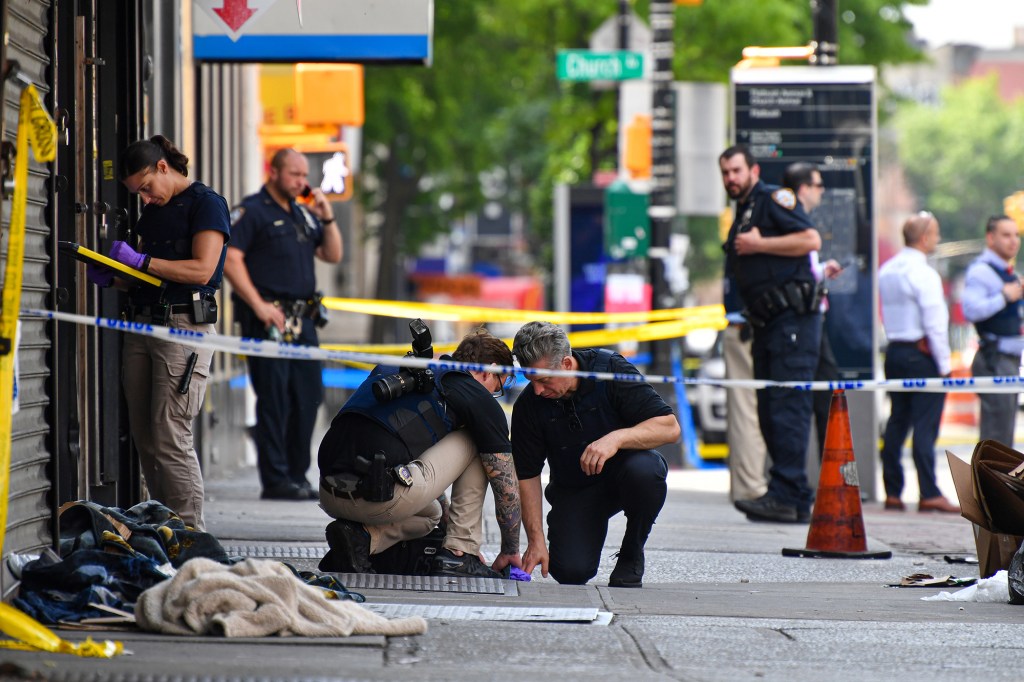 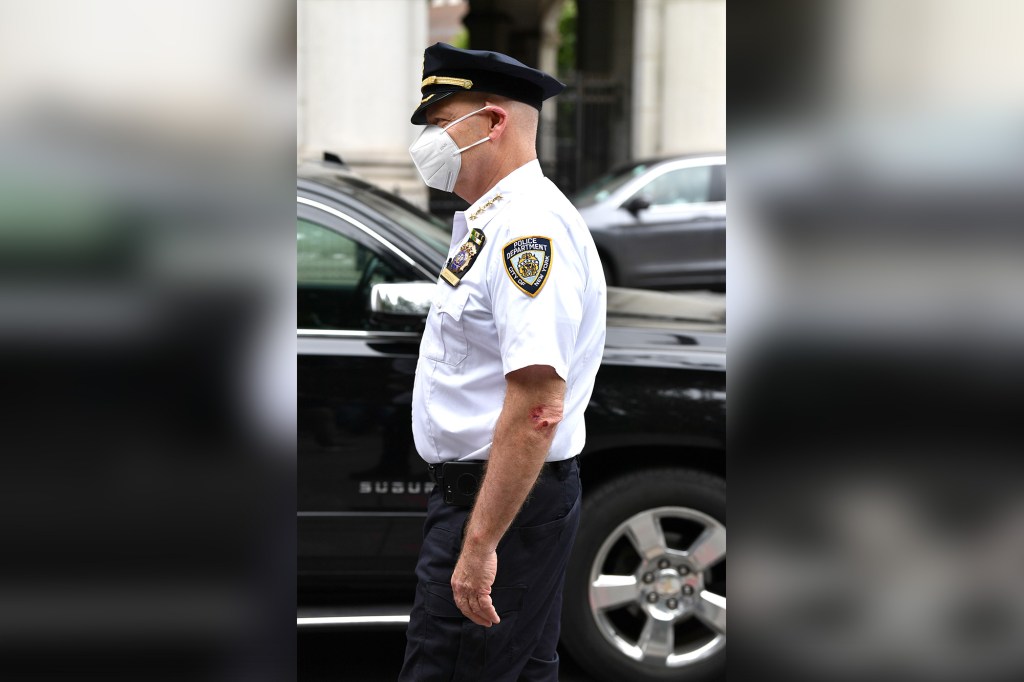 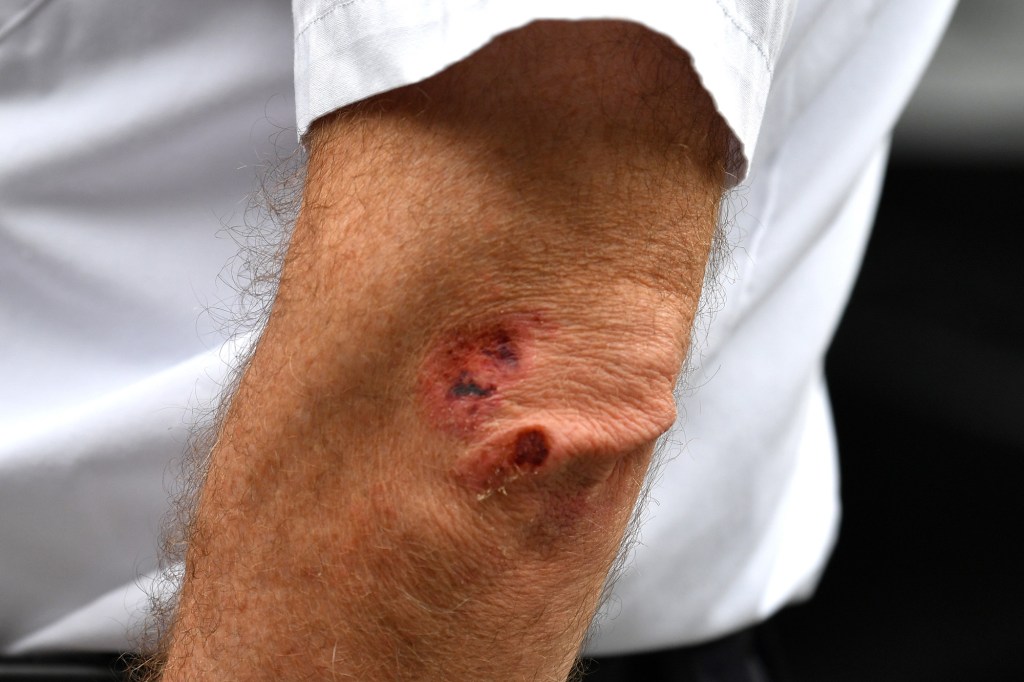