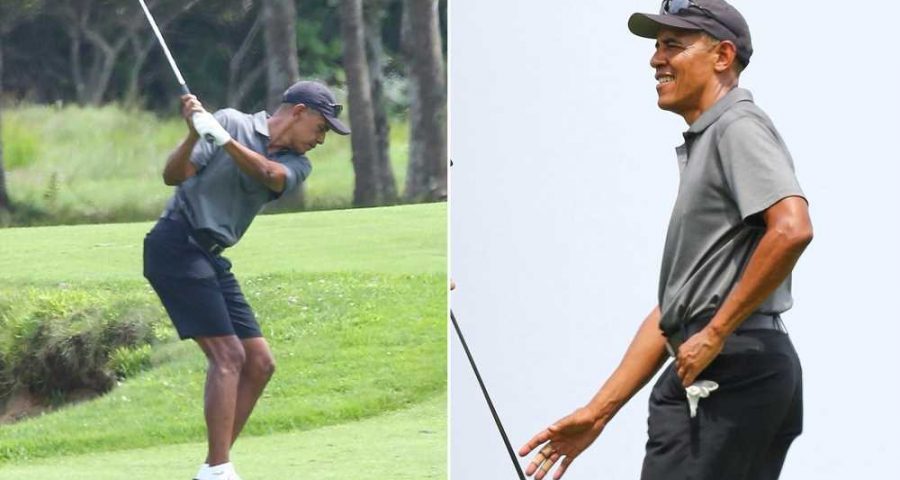 What’s a pandemic birthday extravaganza without plenty of time out on the green?

“They were walking around the golf course looking very happy and relaxed,” a source told The Post.

The club is not far from the airport and is in a secluded, heavily wooded area. Refreshments had been laid out underneath a small outdoor tent by the clubhouse.

“They were clearly in good spirits,” said the source.

The club, designed by Donald Steel’s design company in 2002, has long been Obama’s golf club of choice on the Vineyard.