Former Olympic rower James Cracknell is running 100 miles in five days surviving only on water to prove fat can fuel the human body.

The two-time Olympic gold medalist set off on Saturday alongside seven other runners, including doctors and people living with diabetes, as part of the challenge.

He told followers the challenge would ‘add to evidence that a low carb diet is an effective therapeutic treatment for diabetics and beneficial for pre-diabetics’. 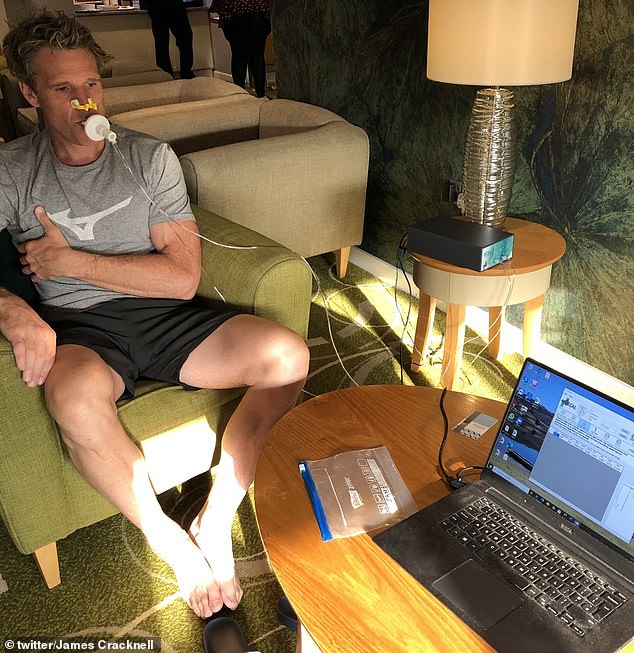 Today marks day three of the five day challenge, with all participants finishing the last two days, consuming nothing but water.

By Sunday evening the runners had completed 45 miles of the challenge, passing through Reading and Hungerford on their journey from Henley-on-Thames to Bristol.

Father-of-three Mr Cracknell, 48, told followers he was no longer burning carbs but his energy levels were ‘surprisingly good’. 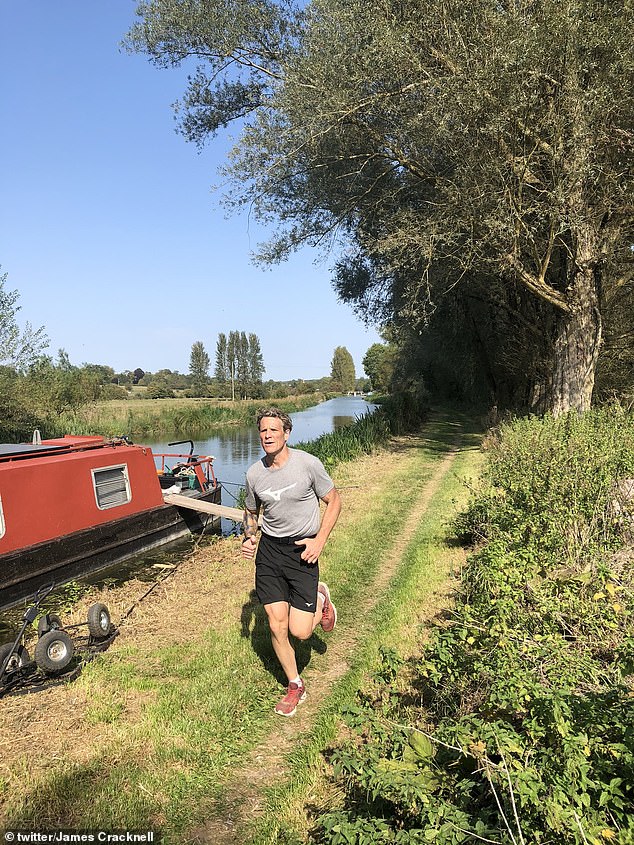 The Olympic rower, 48, has joined seven other runners on the journey from Henley-on-Thames to Bristol

Steve Bennett, one of the other runners, said this was ‘a health experiment with some fascinating outcomes’.

‘Nobody had eaten any food at all since three o clock the day before that so everybody was totally fasting.

‘Although I don’t feel hungry at all, my legs are aching like crazy.’

According to Diabetes.org.uk, low-carb diets have benefits for people living with Type-2 diabetes.

The diet helps with weight loss, reducing levels of hemoglobin and blood fats such as cholesterol.

For those who don’t have diabetes, losing weight can help to reduce risk of developing it in later life. 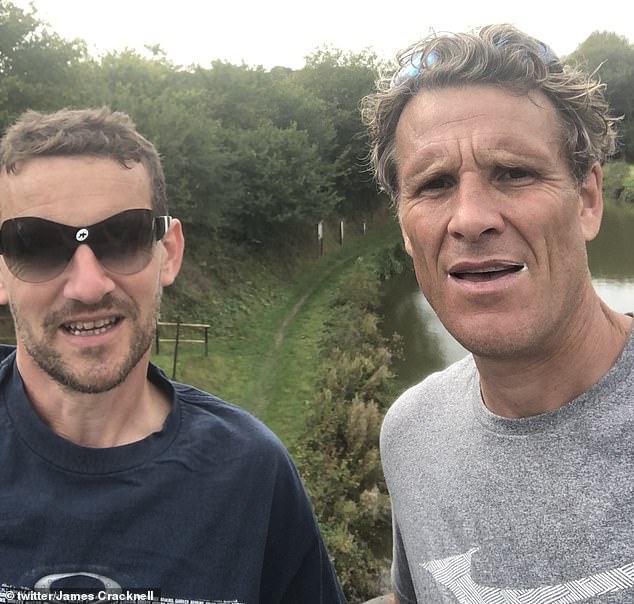 Mr Cracknell told followers his energy levels were ‘surprisingly good,’ despite not eating any food since Friday

The website reads: ‘If you have type 2 diabetes, our research has shown that losing around 15kg within three to five months significantly improves your chances of putting your type 2 diabetes into remission.

‘Research funded by an American company also found that some people with type 2 diabetes who followed a programme that included a low-carb eating plan were in remission after two years.

‘Participants in the study were supported to restrict their intake of carbs, initially to less than 30g per day and then gradually increasing the amount, based on personal tolerance and health goals.

‘If you have obesity, finding a way to lose weight can also help you to reduce your risk of complications. There are different ways of doing this, and a low-carb diet is one option.’