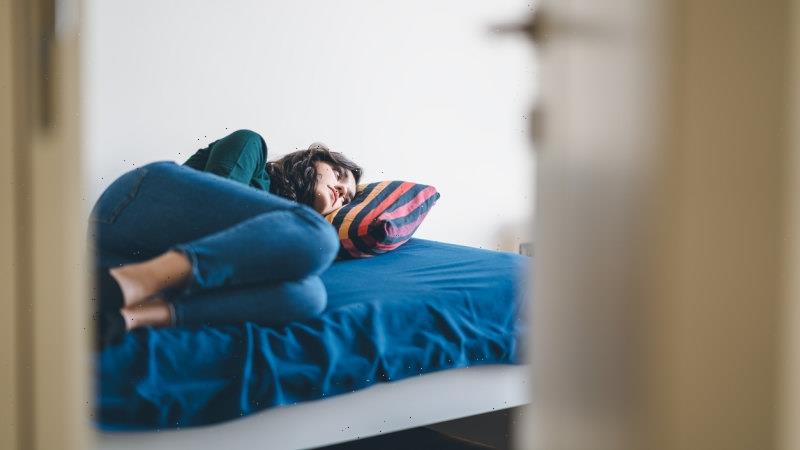 One in five Australians had a mental health disorder during the first two years of the COVID-19 pandemic, including 3.3 million people with anxiety disorders.

Nearly two in five of those aged 16 to 24 had a mental health disorder in 2020-21, and young women had the highest incidence of any group.

The figures were released by the Australian Bureau of Statistics on Friday in one of the most comprehensive snapshots of the mental health of Australians to date. 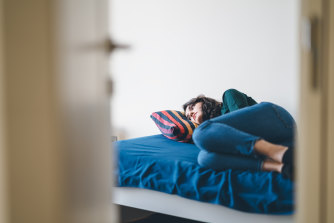 Young women were the most likely group to experience a mental health disorder in the first two years of the pandemic.Credit:iStock

The study was commissioned by the former health minister Greg Hunt well before the pandemic.

Its findings contradict the pre-COVID norm, with the bureau’s National Survey of Mental Health and Wellbeing finding Australian women were more likely than men to experience suicidal intentions and behaviours in 2020 and 2021. According to Lifeline, 75 per cent of those who die by suicide in Australia are male.

The bureau interviewed 5500 people in person, using questions based on the World Health Organisation’s international classification of diseases to determine how many participants experienced a “12-month mental disorder”. The survey took about an hour and a half to complete.

A 12-month mental health disorder refers to people who met WHO criteria for having disorders including anxiety, affective disorders, such as depression and substance use disorders, including eating disorders, and who met the symptomatic criteria in the year prior to the ABS survey.

The survey, conducted between December 2020 and July 2021, found more than two in five Australians aged 16-85, or 8.6 million people, had experienced a mental disorder at some time in their life.

It defined a mental health disorder as a clinically diagnosable disorder that significantly interferes with an individual’s cognitive, emotional or social abilities.

The data supported census statistics that found young Australians reported far higher levels of mental distress than any other age group, and that pandemic upheaval had caused one in five Australians aged between 16 and 34 “high or very high levels of psychological distress”. That’s more than twice the rate of those aged 65 to 85 at 9 per cent.

The ABS found one in four females (24.6 per cent) had a mental disorder in 2020-21. Women experienced higher rates of anxiety disorders than men (21 per cent versus 12.4 per cent) and also had more affective disorders (8.5 per cent versus 6.2 per cent of men).

Almost half of females aged 16 to 24 and one-third of males in that age group had mental health disorders in 2020-21.

Men had almost twice the rate of substance use disorder as women, with 4.4 per cent of men and 2.3 per cent of women experiencing a drug or alcohol abuse disorder, among the 19 million Australians aged 16 to 85.

Linda Fardell, program manager for health and disability statistics at the ABS, said loneliness was likely a factor in people’s mental health conditions, especially among young people, who reported high levels of it.

The research had not revealed why women had higher rates of all disorders bar substance abuse than men, but “the only positive aspect of that is that women are also much more likely than men to seek help from a health professional”.

There was also no explanation found for why “women were more likely than men to have experienced suicidal thoughts or behaviours in their lifetime”.

Nearly 17 per cent of people surveyed said they had experienced serious suicidal thoughts or behaviours in their lifetimes, 7.7 per cent had made a plan and 4.8 per cent had attempted to end their lives.

If you or anyone you know needs support call Lifeline on 131 114, or Beyond Blue’s coronavirus mental wellbeing support service on 1800 512 348.