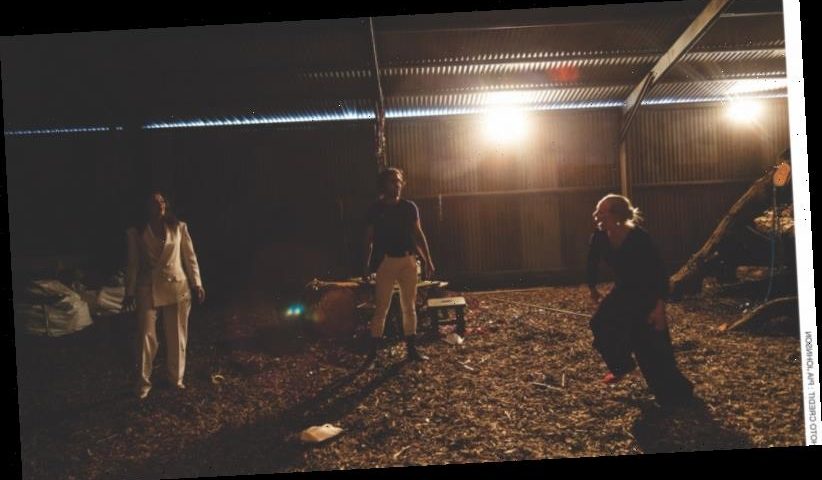 A COVID pivot on a grand scale, Malthouse Theatre has been transformed to immerse audiences in an exciting choose-your-own adventure.

How do you put on a show during a pandemic? That’s the question the Malthouse Theatre team grappled with during Melbourne’s extended lockdown last year. Their answer was to reimagine theatre with an immersive production that comes complete with social-distancing measures baked in. 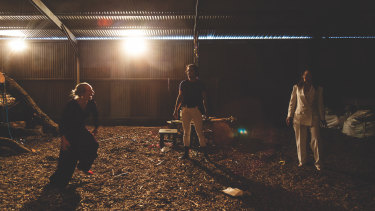 The result is Because The Night with two separate casts and a sprawling set that encompasses the entire Malthouse complex in Southbank, including two theatres and carparks.

Inspired by Hamlet, the story is set in a fictional logging town in the 1980s, where the death of the king and an uprising workers’ rights movement threatens the stability of the crown.

But rather than sit and watch the performance, audience members (just 60 at a time) are invited to enter an alternate reality, exploring palace, forest and town as the drama unfolds around them.

Allowing the audience to move freely and independently throughout the set was critical to allow for social distancing, but it presented a huge challenge for the set design team.

“We talked about it being an immersive and interactive theatrical experience, a bit like being inside a video game, so we had to create that sense of disorientation,” explains architectural set designer Dale Ferguson.

“Part of that was to find different ways of taking the Malthouse Theatre complex – we mean everything: the carpark, the old workshop, the dock doors– and utilising them in a way that is labyrinth and maze-like, but with all the restrictions of only a certain number of people in the room.”

Ferguson’s set has 30 rooms, some with lowered ceilings to induce tension, others expansive to replicate a playground or royal court, and a confusing network of corridors between. “It was a logistical challenge in its scale alone,” he says.

The audience can touch and interact with everything in the space, so the usual theatre trickery doesn’t work in this model. Instead, Ferguson embraced existing textures such as brickwork, electrical wiring and concrete floors to create authenticity.

It was a similar challenge for interior set designers Marg Horwell and Matilda Woodroofe, who were given the task of dressing a set that’s not just for actors to use, but for the audience too. 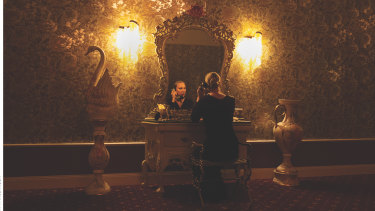 “It has changed how we’d approach trying to find authentically vintage things, or printing newspaper that feels like newspaper, not just photocopied things… and really trying to create a narrative through props that are interrogated in a much more rigorous way,” explains Horwell.

Much of Horwell’s design concepts came from her “COVID binge-watching”, she laughs, citing ’90s cult series Twin Peaks as a big inspiration; while the retro video game vibe of Netflix series Stranger Things also informed their take on the creative space.

“Because the audience are encouraged to explore, there’s not a guarantee that everyone will see all the spaces and some of them are really kind of tricky to find, so hopefully people feel emboldened to seek those spaces out,” Horwell says.

“There’s something very unexpected about the way you navigate the space – it feels like you’re being plunged into other worlds.”

More in Melbourne this month

Bringing more than one hundred artists together, the second thought-provoking Triennial (occurring every three years) explores how digital and emerging technologies are transforming cultural production and industry.

Rib-aching belly laughs will be restored! After last year’s COVID cancellation, Melbourne’s trademark Comedy Fest is offering a balm for anyone hankering for a hoot.

Pull out your picnic rug to catch a new release or classic film you know and love on the lush lawns of the Royal Botanic Gardens Melbourne.