Oprah Winfrey is looking back at her “bombshell” 2021 interview with Prince Harry and Meghan Markle as it appears a reconciliation may be possible between the couple and the royal family in the wake of Queen Elizabeth’s death.

At the Toronto Film Festival promoting Sidney, a documentary about acting legend Sidney Poitier, Winfrey got questions about Harry and Meghan amid their headline-making reunion with Prince William and Kate Middleton in England on Saturday.

Asked by Extra if there is hope that the queen’s death would unify the family, Oprah replied, “I think in all families — you know, my father passed recently, this summer — and when all families come together for a common ceremony, the ritual of burying your dead, there’s an opportunity for peacemaking … and hopefully, there will be that.”

Winfrey distanced herself from the topic when asked about it by best friend Gayle King in an interview for CBS Mornings.

King said many are pulling for a reconciliation between the brothers, especially after seeing them at Windsor Castle together. “What do you say?” King asked.

[email protected] tells @GayleKing that she “didn’t set out to do a bombshell interview,” when she sat down with Prince Harry and Meghan, Duchess of Sussex: “I was as surprised by the bombshell as everybody else.” pic.twitter.com/vPyZMhQpVs

Oprah replied, “I do not get into people’s family matters, and I certainly … Ya know, everybody who has experienced some challenges in their families with in-laws or brothers or sisters knows how difficult some of those situations can be. I’m sure that for the royal family it’s no different. And nobody consults me about their family business so I try to stay out of people’s family business.”

King revealed on the CBS morning show that Winfrey, her best friend for decades, called a conclusion to their chat, which was supposed to be about Winfrey’s movie, after the royals question.

“After that, Oprah goes: ‘And, Gayle, that is the end of this interview,'” said King, though making it clear there were no hard feelings. 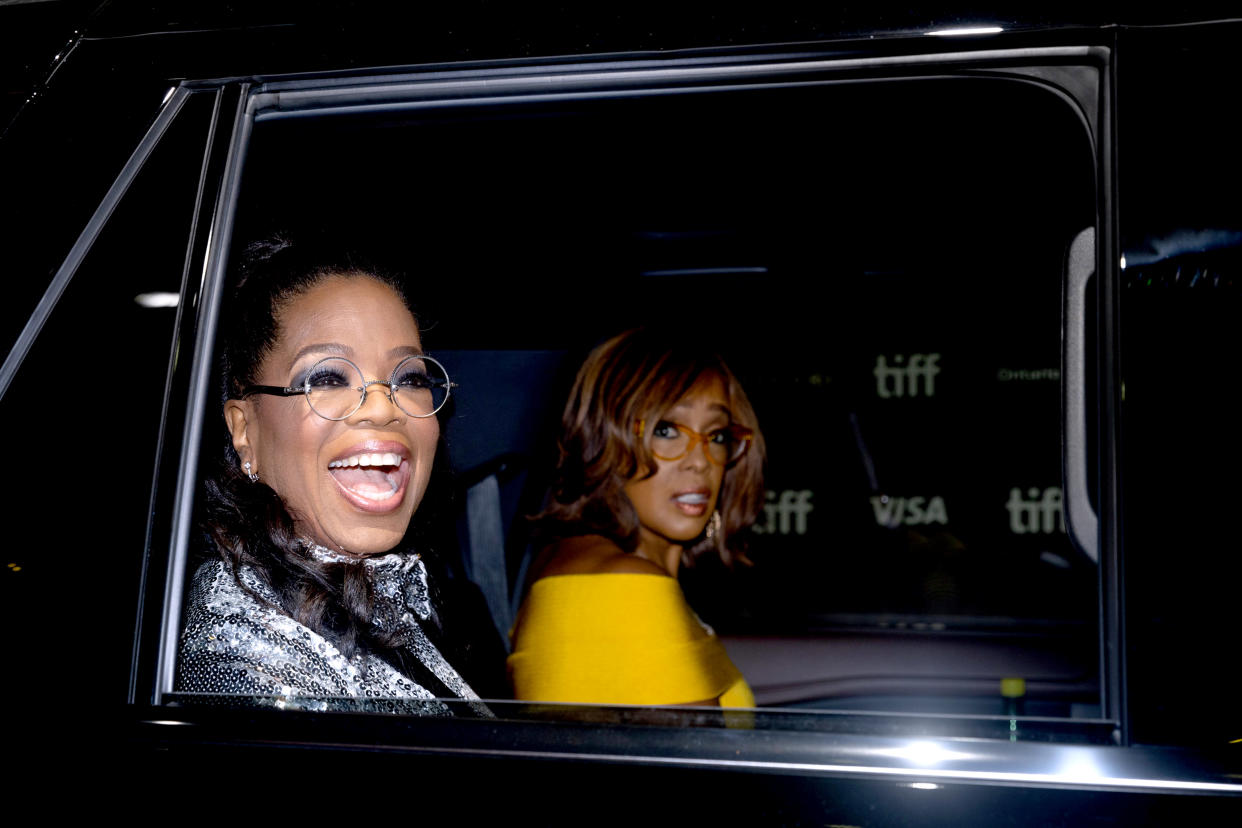 Earlier in their interview, King had asked about Winfrey’s March 2021 jaw-dropping interview with Harry and Meghan, which took place after the couple stepped down as senior royals and left England for California. In it, they claimed a member of the royal family allegedly discussed their son Archie’s skin tone, and Meghan, who is biracial, said she experienced suicidal thoughts during Archie’s pregnancy and was denied royal support, among many other shocking revelations that no doubt exacerbated the already frosty relations.

King said the interview, which is still frequently cited, is often described as a “bombshell interview” — and asked Winfrey if she agreed with that characterization.

“I was as surprised by the ‘bombshell’ as everybody else,” Winfrey said of the conversation. “I was doing an interview to offer them a platform to tell their story about why they left. That was my number one intention — just clarity on: ‘Why. Did. You. Leave?'”

She went on to say, “Some of those things that were revealed in that interview came as a surprise to me — and those surprises are now referred to as bombshell. But I didn’t set out to do a bombshell interview. I set out to do an interview, have a conversation, that would allow them to tell their story.”

Over the weekend, Oprah also spoke about Queen Elizabeth’s legacy of service in an interview with Access Hollywood.

“Martin Luther King said that the greatest offering anybody can bring to the world is service — because greatness is determined through service — and I think what she did was serve her countrymen and serve everyone for 70 years,” she said. “The sacrifice that takes to make when you’re 25 years old and to say, ‘I’m going to offer myself in sacrifice to my country.’ That’s what she did.'”