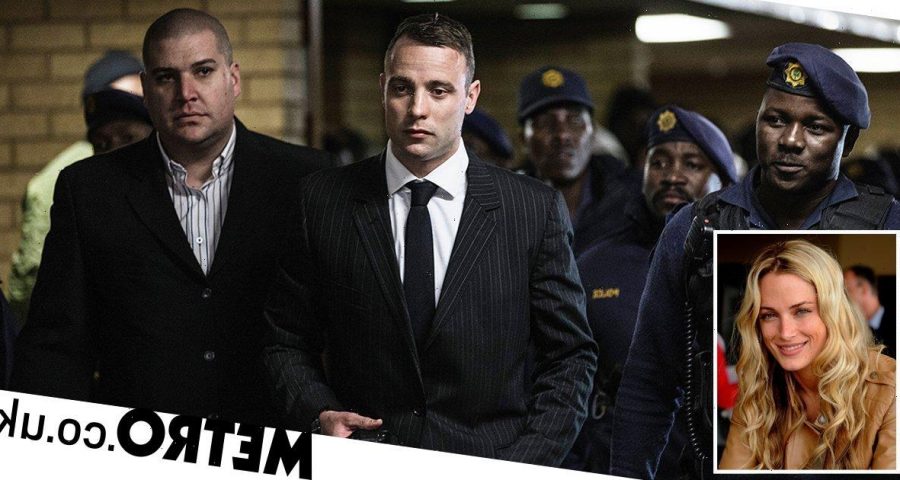 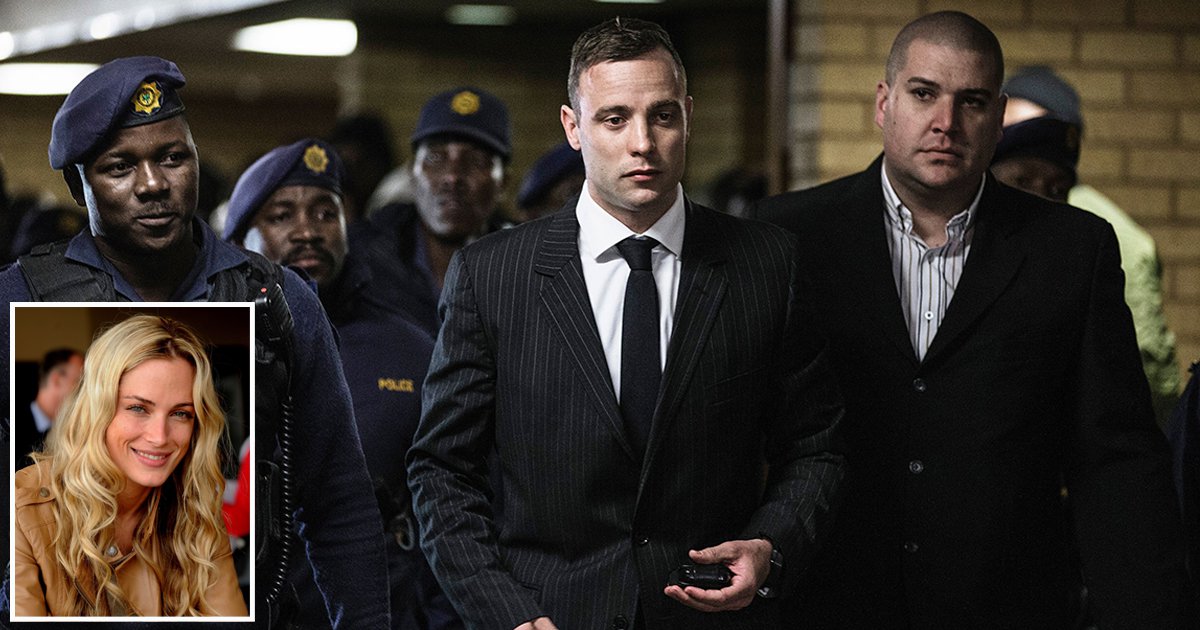 Oscar Pistorius has written a ‘distressing’ letter to the parents of Reeva Steenkamp in the hope of being granted parole.

Reeva was just 29 when she was tragically killed in 2013 by the Paralympian dubbed the ‘Blade Runner’.

The South African gold medallist, 34, has been eligible for parole since July, having served half his 13-year sentence for shooting his model girlfriend at his home in Pretoria on Valentine’s Day.

Pistorius wrote the letter to June and Barry Steenkamp in an attempt to ‘acknowledge and take responsibility’ for his actions.

But his bid for redemption was compared to ‘ripping a Band-Aid off a wound’.

The Steenkamp’s lawyer, Tania Koen, said she could not divulge the contents of the letter.

However, she told the Daily Mirror how receiving the note was ‘emotionally distressing’ for Reeva’s parents.

‘They did not know it was coming and it was sent to me by his attorney,’ Ms Koen said.

Mr and Mrs Steenkamp endured further anguish after learning Pistorius was eligible for parole – despite being told he would not be released until after March 2023.

But they have agreed to a request to meet their daughter’s killer ahead of his release, in the hope of getting answers.

Ms Koen told the Mirror: ‘Yes, they want to do that face to face.

‘Barry has said for years he wants to meet Oscar and he has questions to ask.

‘They are not emotionally prepared – but are prepared to meet Oscar.’

But the couple are unhappy with the parole board’s handling of the case and ‘disregard for their emotional wellbeing’, Ms Koen added, insisting the proper procedure had not been followed.

The BBC was forced to pull the trailer for documentary, The Trials of Oscar Pistorius, in October last year, after it failed to mention Reeva – sparking a furious backlash.

Mrs Steenkamp said the decision to leave her daughter’s name out was an ‘insult’ to her memory.

She told This Morning viewers: ‘I feel very disappointed that they didn’t speak about her and give her a name, and it’s quite upsetting for me.

‘Why don’t they talk about Reeva when they doing a documentary about Oscar? Why? Because they don’t want it to reflect on him, there’s nothing mentioned about what he’s done, actually.

‘I don’t doubt that he did wonderfully with no legs, winning races and things like that. He became an icon for what he’d done.

‘I don’t take that away from him. But he’s taken my daughter away from me.’

But she also revealed how she had forgiven Pistorius: ‘I didn’t want to go through my life full of hate for him. God expected me to forgive him and I did that.’

Viewers were left ‘disgusted’ when the documentary aired in November 2020 – claiming it ‘glorified’ and ‘sympathised with’ Pistorius.

Pistorius claimed he mistook Reeva for a burglar, firing a gun four times through a locked bathroom door.

He was initially handed a five-year term for manslaughter but was convicted of murder on appeal and handed a sentence of 13 years and five months.