HALF of Americans think they have a family recipe worthy enough to be sold in a five-star restaurant, according to new research.

The survey asked 2,000 Americans about their cooking habits and found 53 percent of those polled think they have a recipe that can wow a professional chef. 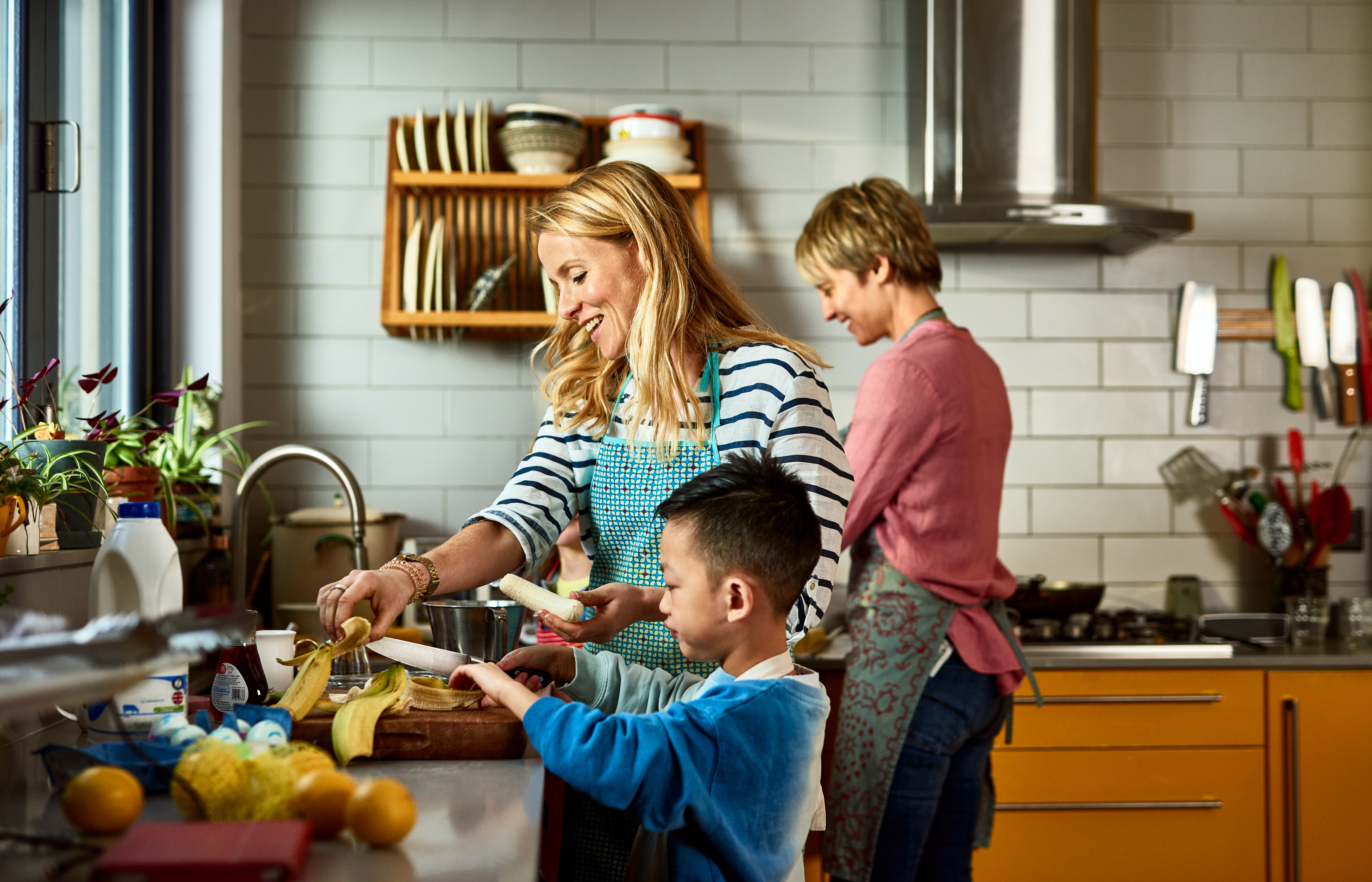 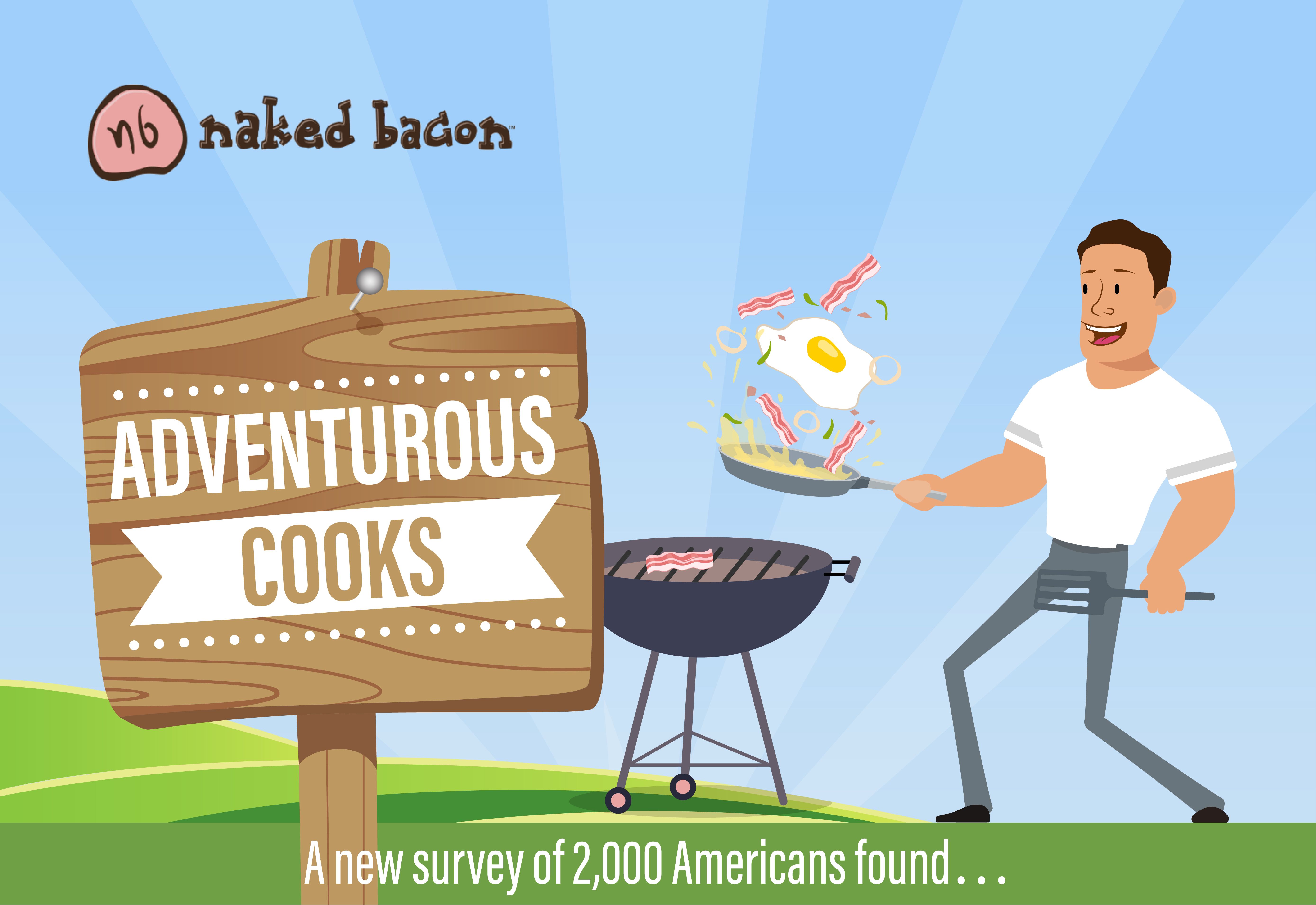 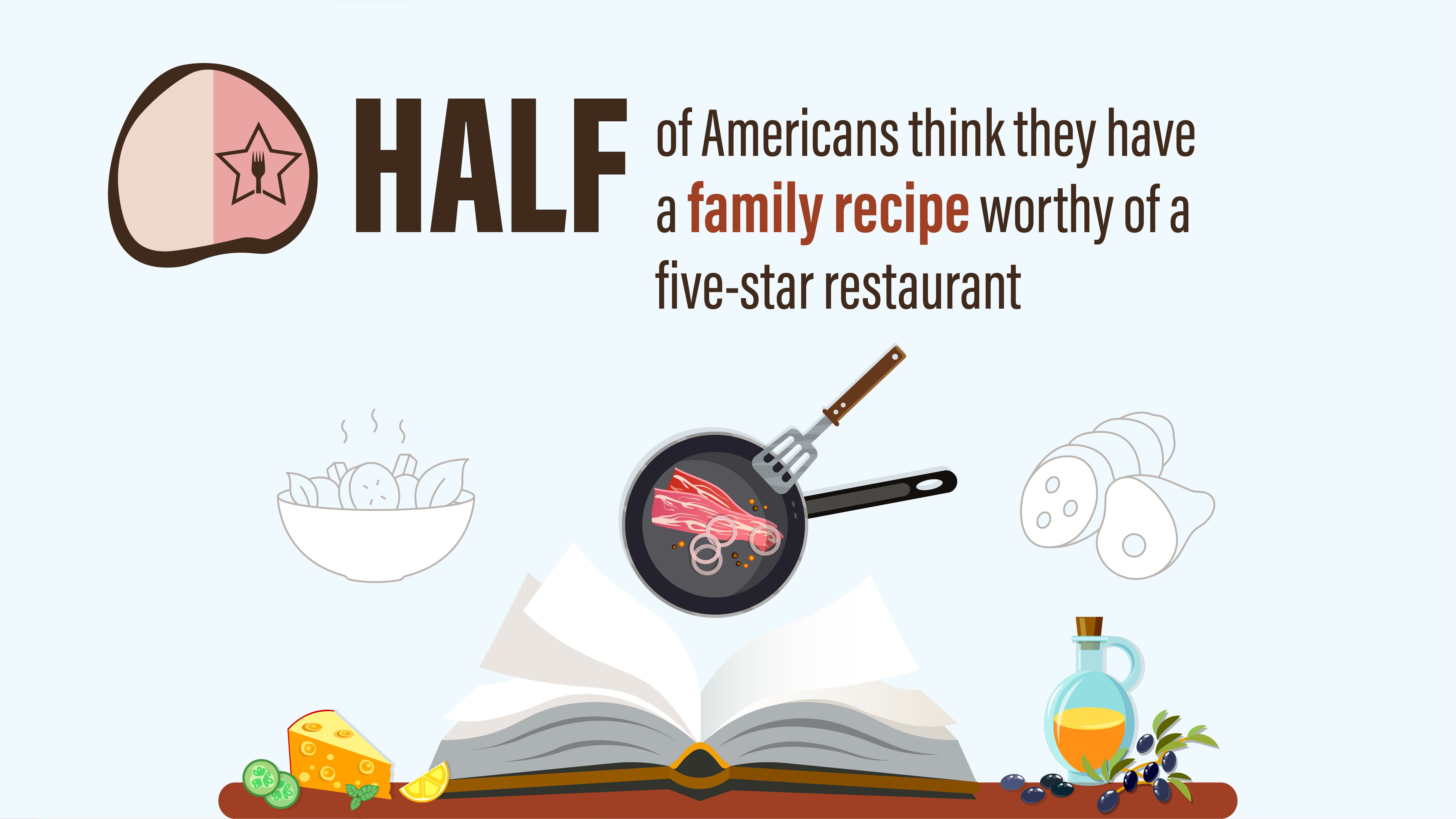 In fact, 46 percent of respondents believe they have the gusto of a professional chef themselves.

Conducted by OnePoll on behalf of Naked Bacon, the survey also asked respondents to share these world-class recipes.

From homemade chicken and dumplings to a more extravagant bacon wrapped elk loin, the survey found that the average family recipe has been passed down for nearly 40 years.

As time in quarantine drags on, over half of those polled shared they’ve used this time to reconnect with their iconic family recipes.

Respondents said they have an average of four go-to family recipes they whip out when duty calls and 68 percent said they frequently make dinners their parents used to make for them as a kid. 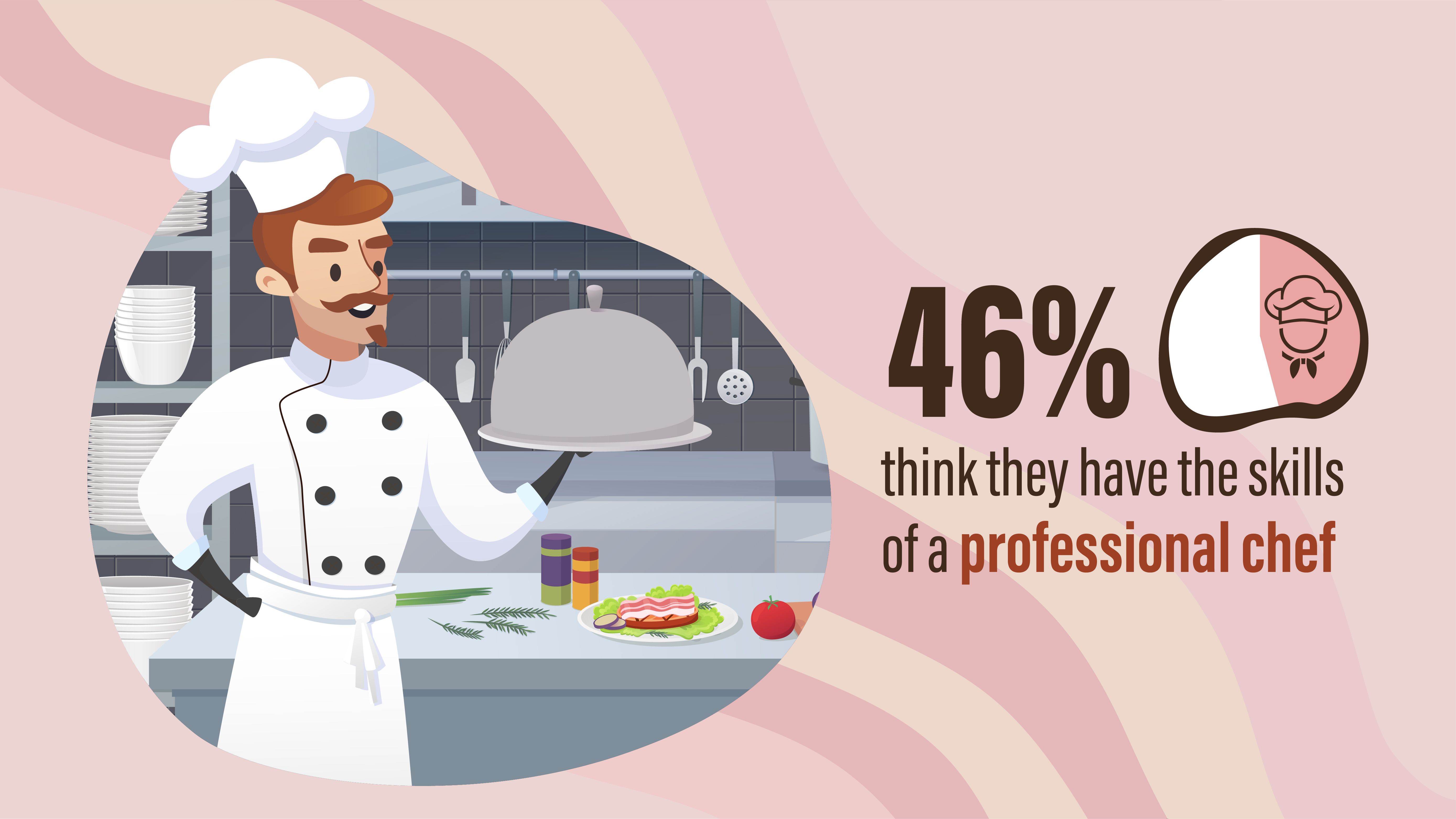 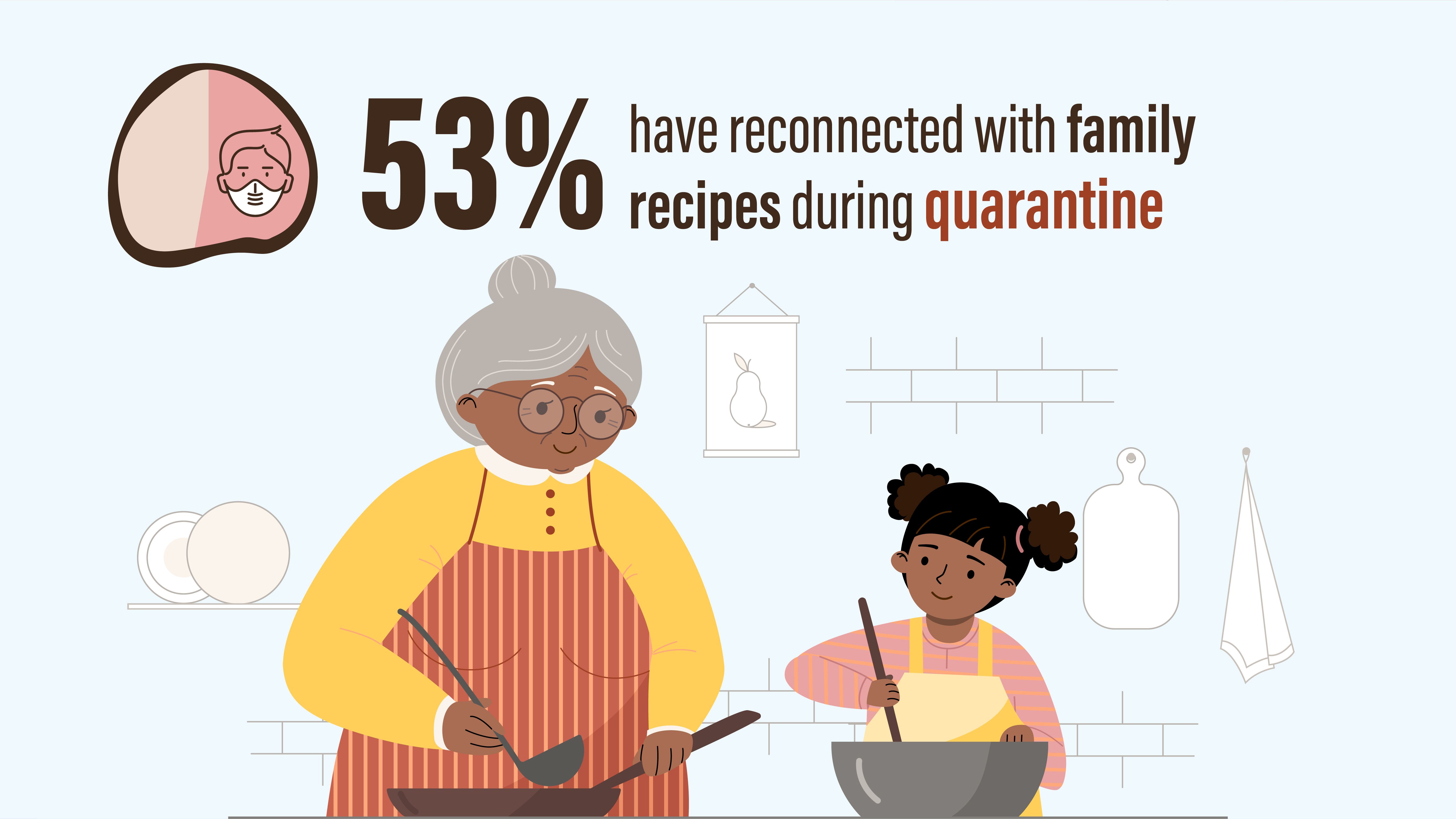 And as they’ve grown up, so have their tastes; 72 percent of respondents said they’ve finally grown to like the foods they used to despise as a child.

Topping the list of most-dreaded childhood foods were the classic green veggies like asparagus, brussel sprouts, broccoli and spinach.

Despite their evolving taste buds and affinity for family recipes, 75 percent of respondents said they feel like they cook the same things over and over again.

Fifty-seven percent of respondents said they’re in a rut with their breakfast choices especially.

Half of those surveyed shared they can’t remember the last time they took a risk in the kitchen and tried something new. 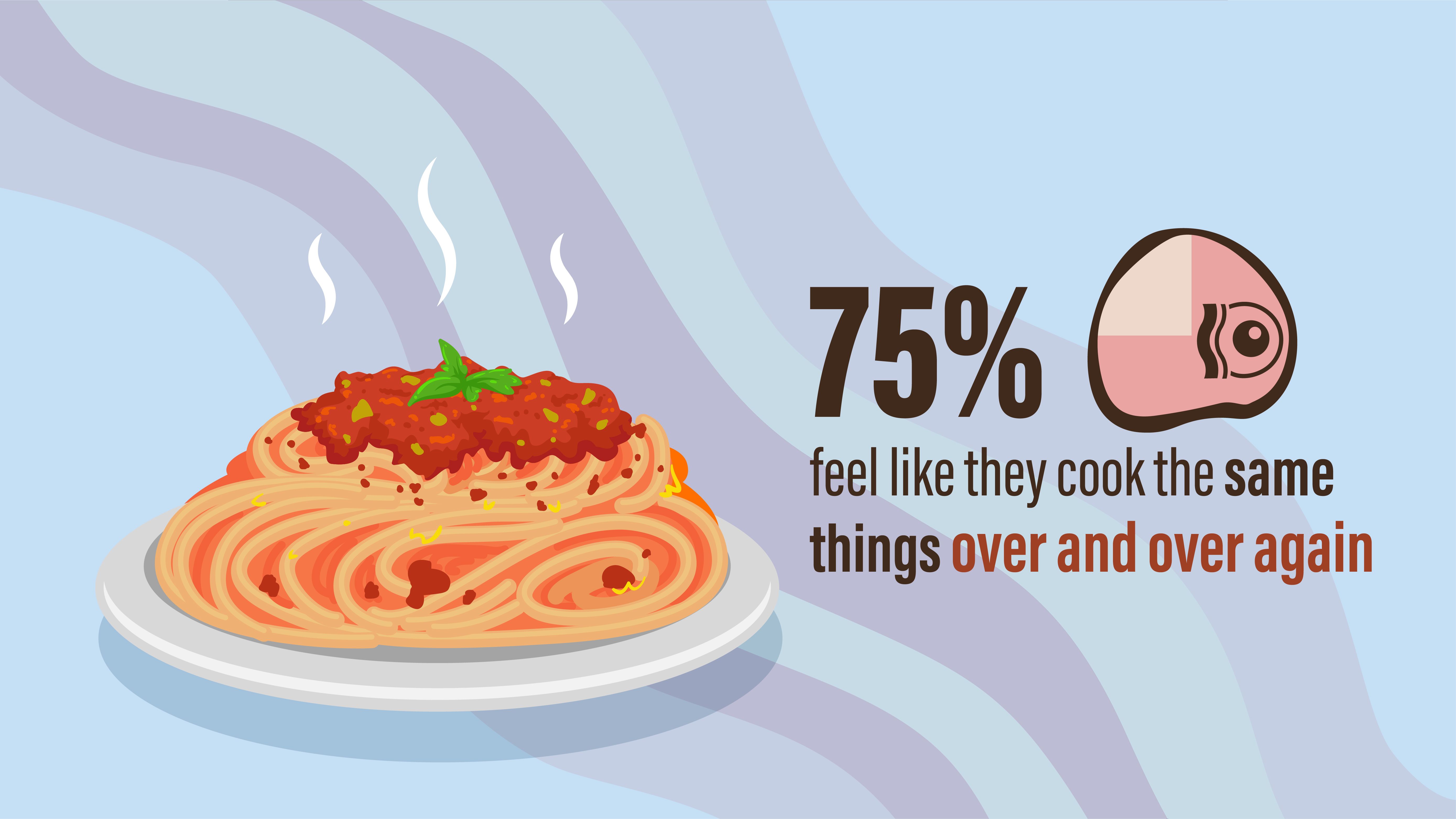 And as they try to expand their cooking horizons, 50 percent of respondents shared they often struggled to decide which spices should go with certain foods.

Respondents said the top snafu they encounter whenever they want to try something new is not having the proper ingredients on hand.

"Start small, with just one new flavor or ingredient at a time to infuse some excitement into old favorites.

“Ingredients like our Jalapeno Naked Bacon are great for that. Once you feel comfortable with that new ingredient or flavor, try another.

"It snowballs over time and you'll soon be preparing lots of exciting dishes!" 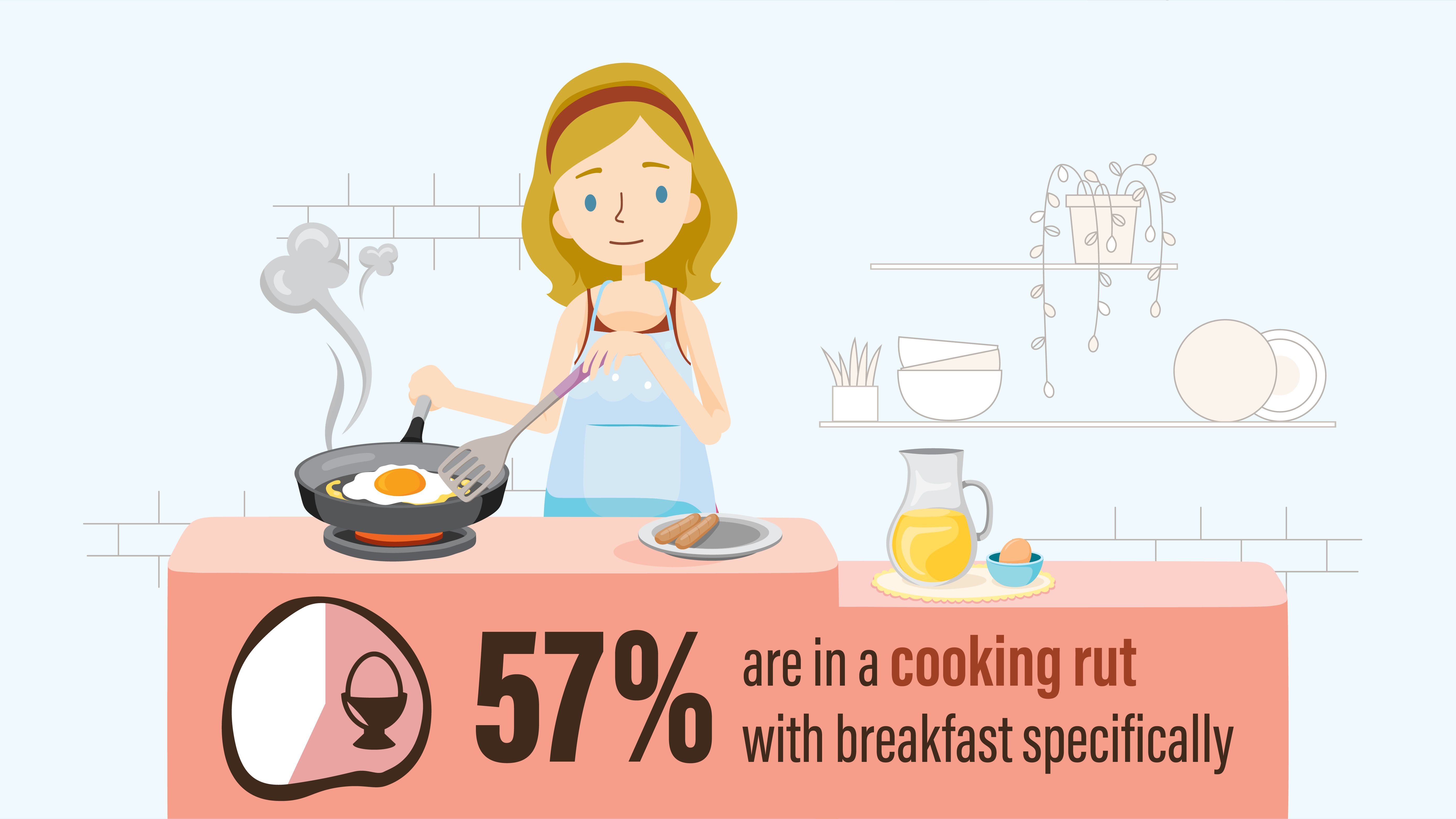 Half of those polled also said trying new recipes just takes too much time and effort.

A further 36 percent of respondents said they’re scarred by failed recipes that don’t turn out the way they expected.

“Cooking adventures are just that, adventures! It takes time and lots of practice, but that's part of the journey. Keep learning and keep trying!"

RESPONDENTS’ FIVE-STAR FAMILY RECIPES
(Responses have been edited for length and/or clarity.)

TOP FOOD DISLIKED AS A CHILD BUT NOW LIKE