AT least 38 people were killed and dozens more injured in a horror head-on train crash in Pakistan early today.

Rescuers and local villagers tried frantically to pull trapped survivors from the wreckage after the Millat Express intercity came off the tracks and was hit by another express before dawn. 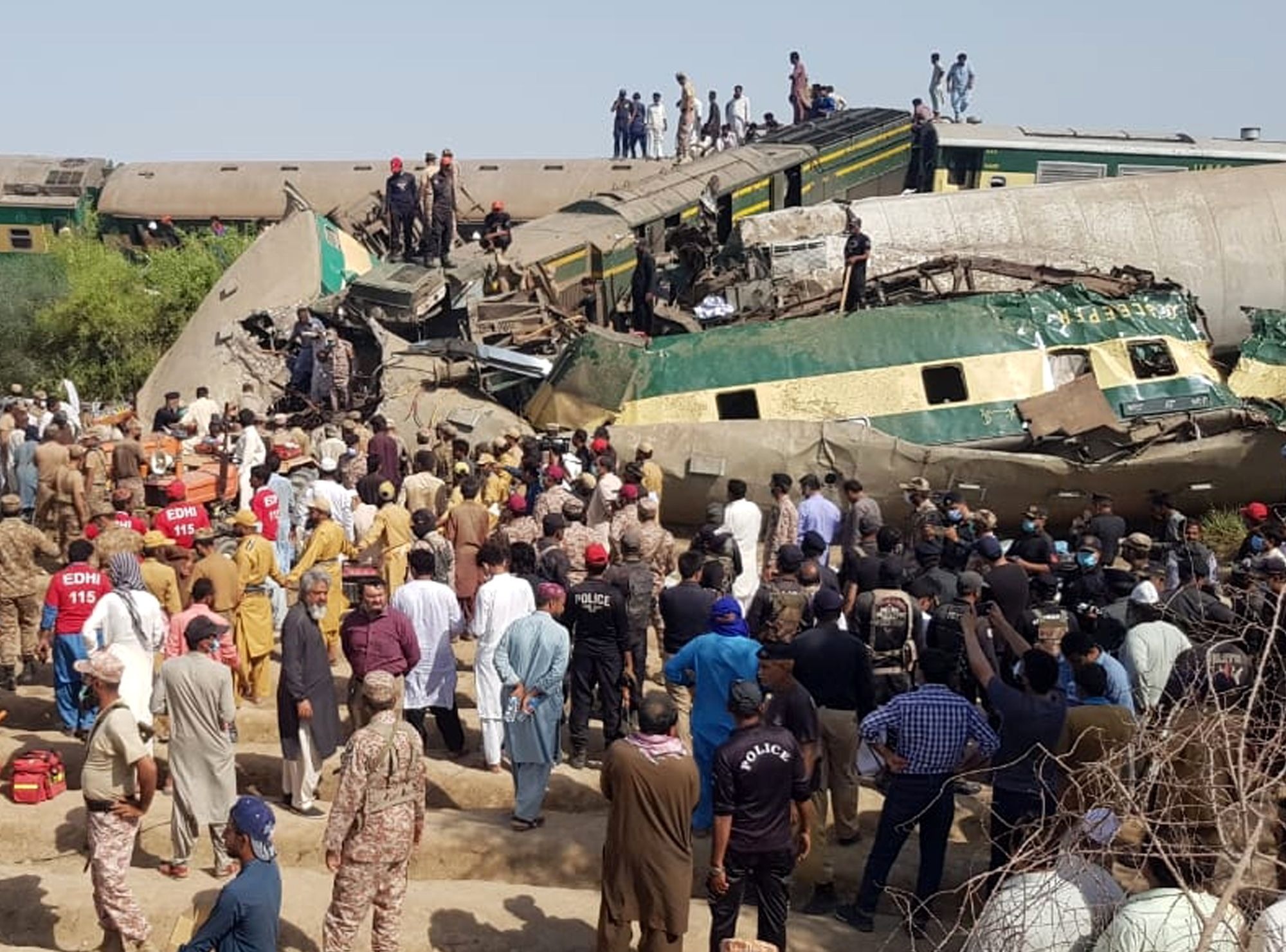 Around 1,100 people were on board the two trains, officials said.

Heavy machinery had not reached the scene four hours after the crash near Daharki in a remote part of Sindh province, local media reported.

"The site is far and that's why we are facing some trouble in the rescue work," a railway spokesman said.

He added at least six wagons were destroyed.

Huge crowds gathered around the overturned carriages, some climbing over the mangled wreckage in an attempt to reach victims.

Villagers were the first to rush to the site, and later soldiers and rescue workers tried to cut their way through shredded metal.

Malik Aslam, who lives nearby, told Pakistan's Geo News TV about 100 people were injured and he had counted at least 30 bodies while helping with the rescue work. 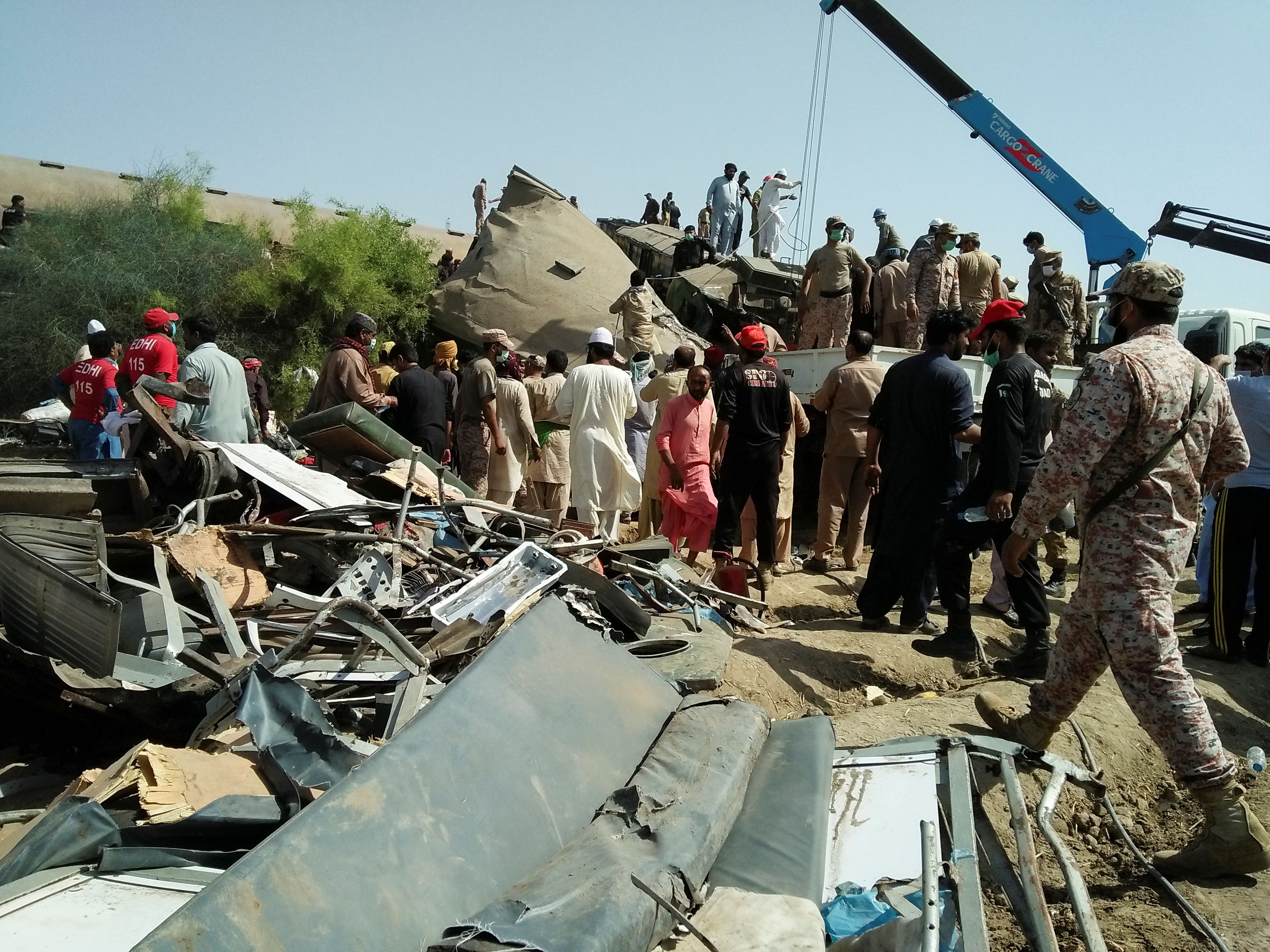 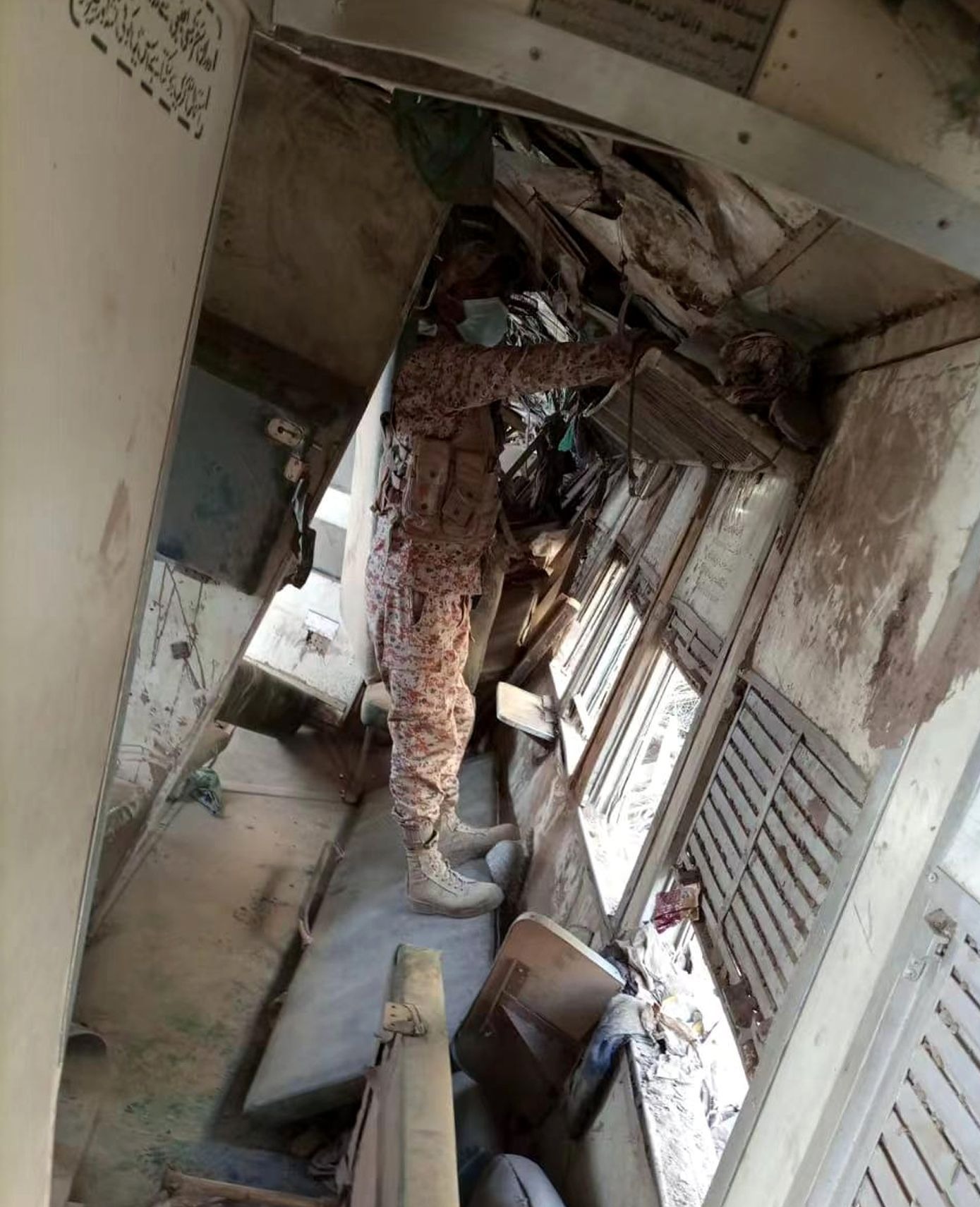 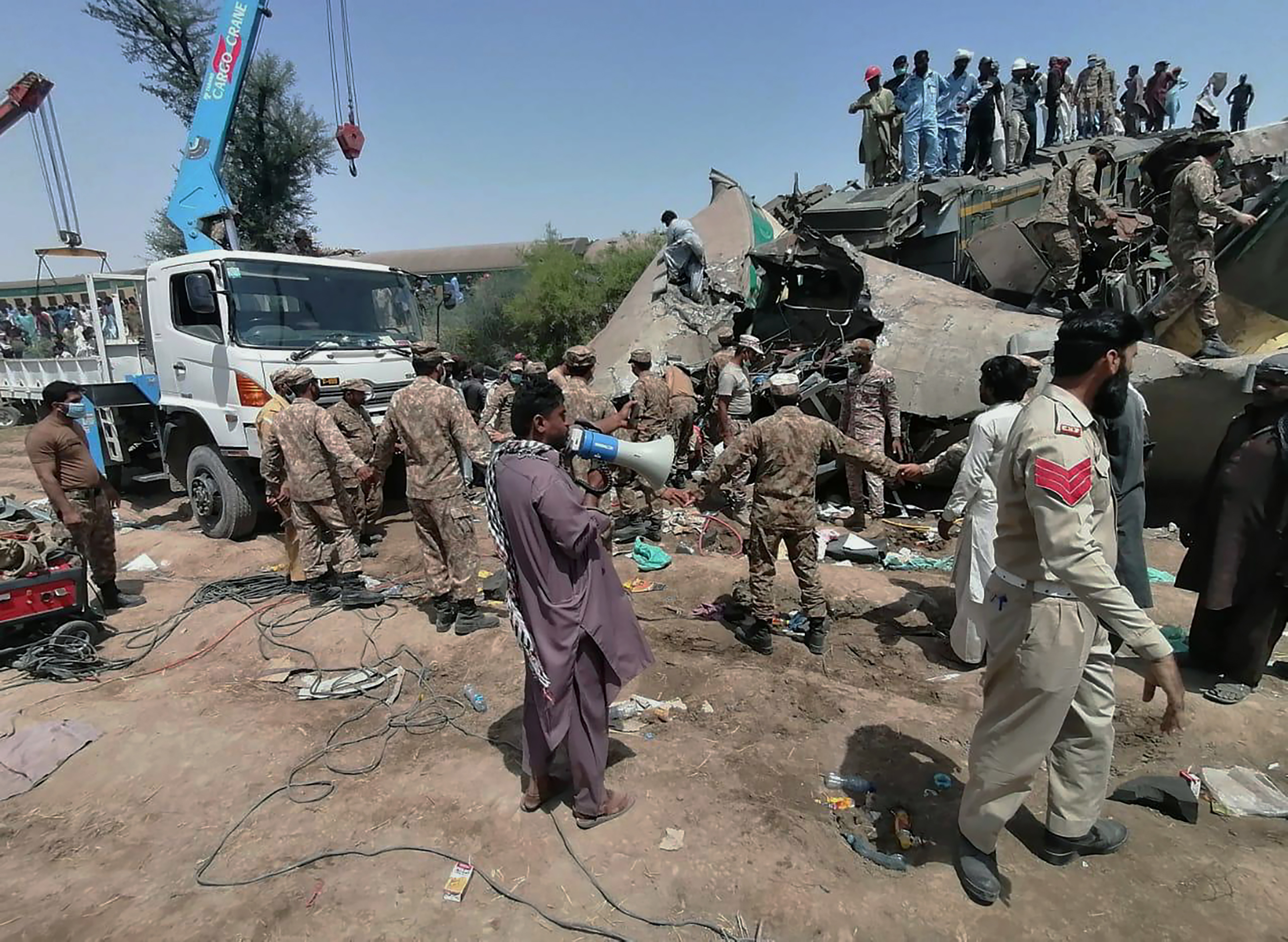 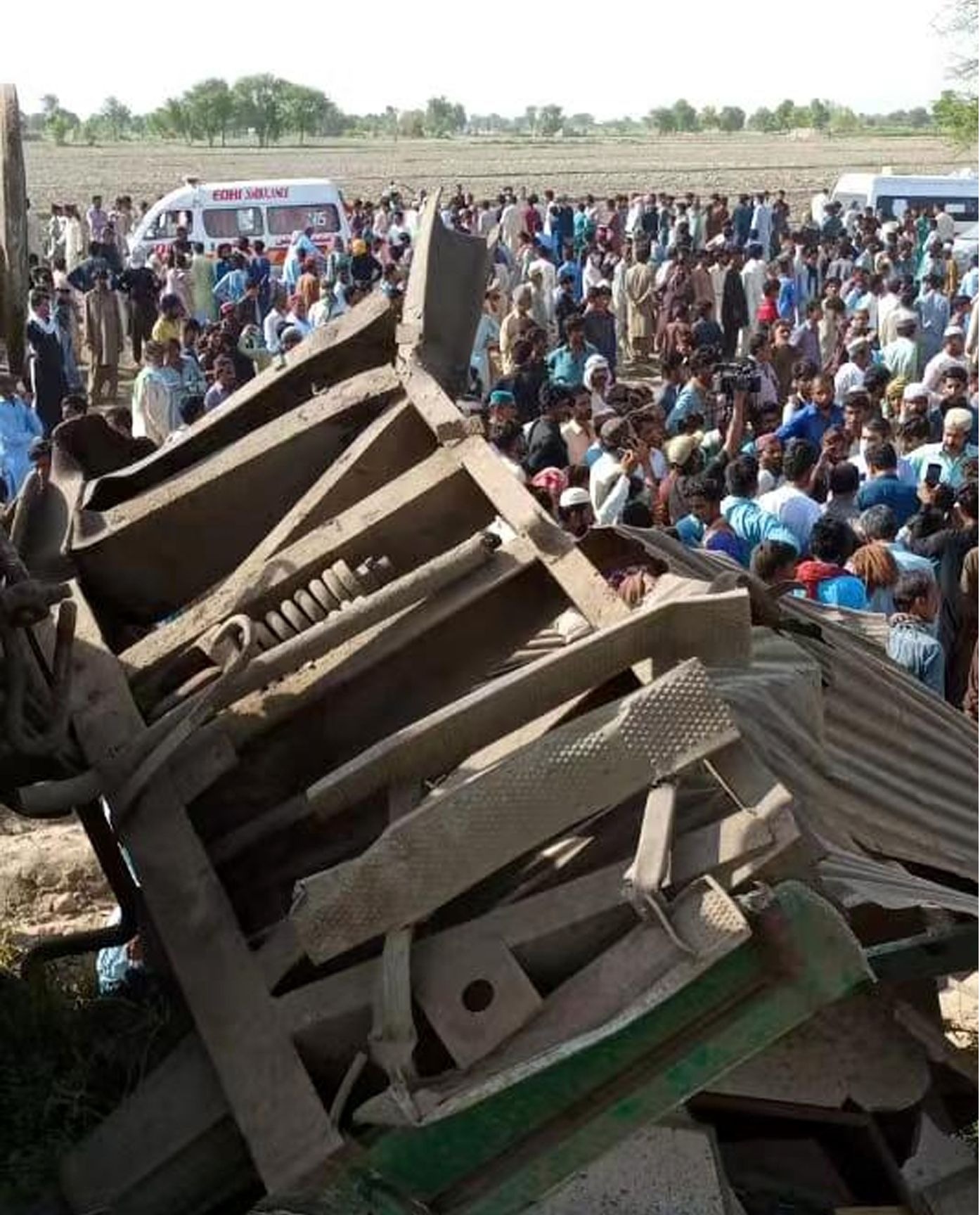 One clip showed medics giving an intravenous drip to a conscious passenger whose lower torso was trapped between crushed carriage seats.

“Right now the challenge for us is to quickly rescue those passengers who are still trapped in the wreckage,” said Usman Abdullah, a deputy commissioner of police.

Her confirmed the death toll had risen to at least 38.

The Millat Express was heading from Karachi to Sargodha when it derailed before dawn, spilling carriages over a raised section of track surrounded by farmland.

It was then hit by the Sir Syed Express travelling from Rawalpindi in the opposite direction.

Driver Aijaz Ahmed told local TV he braked but could not avoid hitting the derailed train.

Prime Minister Imran Khan said he was "shocked" by the carnage and promised a full inquiry.

Railways minister Azam Swati said engineers and experts were trying to determine what caused the crash, and that all aspects would be examined including the possibility of sabotage.

Mohammad Amin, one of the injured passengers on the Millat Express, said that before the train left Karachi he saw railway mechanics working on one of the coaches that later derailed.

He said he and his brother feared there was something wrong with the carriage but they were reassured all was fine.

Habibur Rehman Gilani, chairman of Pakistan Railways, said the tracks where the crash happened was old and needed replacing. He did not elaborate.

Train accidents are common in Pakistan, where decades of corruption and neglect mean ageing tracks and poorly maintained signals have not been upgraded.

At least 75 people died when a train caught fire while travelling from Karachi to Rawalpindi in October 2019.

In 1990 more than 300 people died and 700 were hurt when an overloaded 16-carriage intercity train crashed into a stationary goods train near Sukkur.