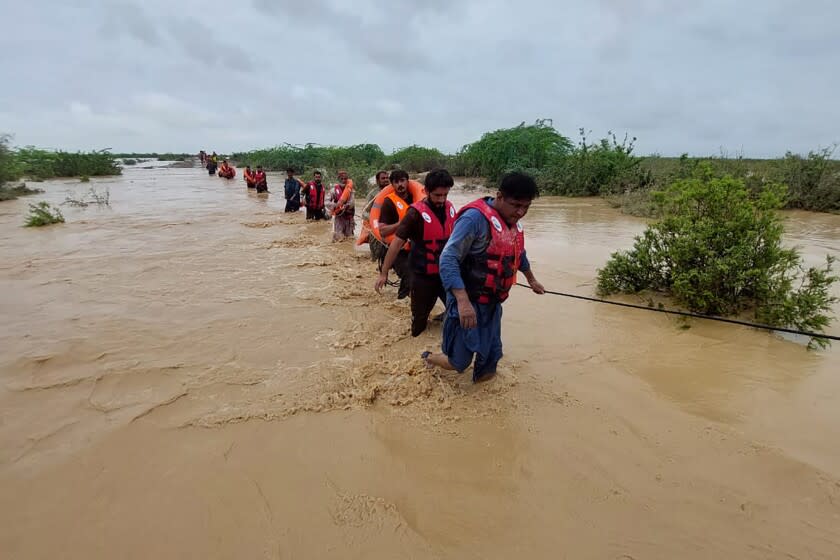 Rescuers backed by troops used boats and helicopters Wednesday to evacuate hundreds of marooned people from the country’s southwest, where floods triggered by monsoon rains have killed 104 people.

Since June 14, the downpours have damaged bridges, roads and about 4,000 homes in Baluchistan province, according to the National Disaster Management Authority.

It said 337 people have died in rain-related incidents across impoverished Pakistan.

He said the Baluchistan government is providing food, tents and other essential items.

In a statement, Pakistan’s military said the previous day that troops were assisting local authorities in Baluchistan to evacuate people from flood-affected areas.

It said the military had set up medical camps in deluged areas, where the World Health Organization this week launched an anti-cholera vaccination campaign to prevent the spread of the water-borne disease.

Cholera has caused 28 deaths and sickened thousands of people in Baluchistan in recent months.

The disease is endemic and seasonal in Pakistan, where many people don’t have access to clean drinking water. Health officials said the anti-cholera vaccination campaign began Monday and will continue until Friday.

The monsoon season runs from July through September in Pakistan.