A Peep Show scene showing Robert Webb in blackface has been edited out of the episode on Netflix, though it is still included in the Channel 4 version of the show.

In the scene, from series two, Robert Webb’s character Jez ‘blacks up’ while experimenting in the bedroom with his American girlfriend Nancy, who is played by Rachel Blanchard.

The character says: ‘It just feels almost wrong. Are you sure this isn’t racist?’

Nancy, portrayed as a ‘taboo breaker’ in the show, replies: ‘We’re breaking a taboo, of course, it feels wrong. We’ve got boundaries to smash, Jeremy. It’s our duty to God, Shiva, NASDAQ, whatever you want to call him.

‘Jeremy, I come from America. I’ve seen the problems race brings up.’

Though the scene has now been edited out on Netflix, it is still there on Channel 4’s All 4 streaming service. 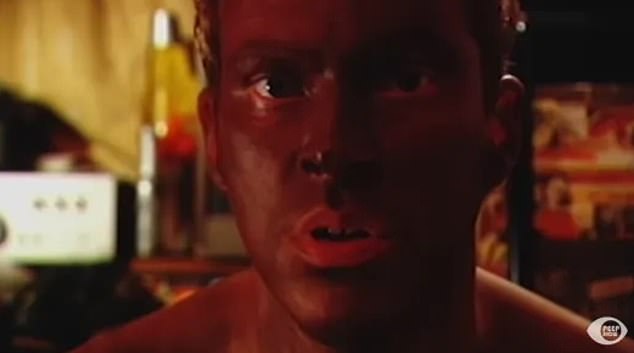 In the scene, from series two, Robert Webb’s character Jez ‘blacks up’ while experimenting in the bedroom with his American girlfriend Nancy 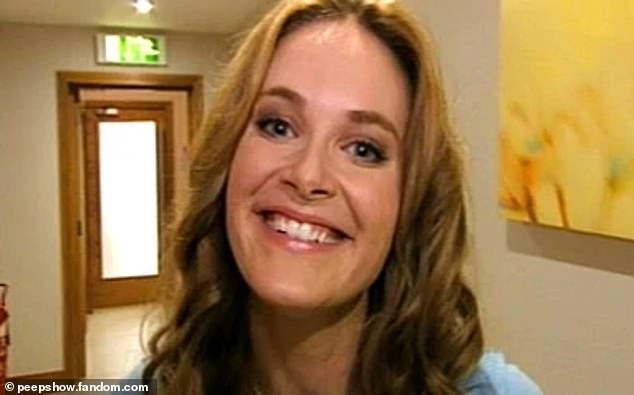 Played by Rachel Blanchard, the American girlfriend, is portrayed as a ‘taboo breaker’ in the show

The move comes amid a backdrop of Black Lives Matter protests, with several shows and movies being removed for being culturally insensitive.

A spokesperson for Channel 4 said: ‘Channel 4 is currently undertaking a review of the principles governing how we handle historic programmes across our platforms.

‘All 4’s archive contains over 10,000 hours of programming spanning over 30 years. ‘Many shows reflect the time they were made and some contain content which could now be regarded as inappropriate.

‘It is a complex issue particularly when it relates to programmes that satirised, commented on or challenged a specific moment in our culture that is no longer relevant to audiences today.

‘We understand the strong feelings provoked by some of this content but we do not believe that erasing our creative history is a quick fix for the issues affecting our society today.

‘Channel 4 is committed to inclusion and diversity and opposes discrimination in any form and therefore, having reflected deeply on this subject, we are undertaking a review of the principles governing how we handle historic programmes across our platforms.’ 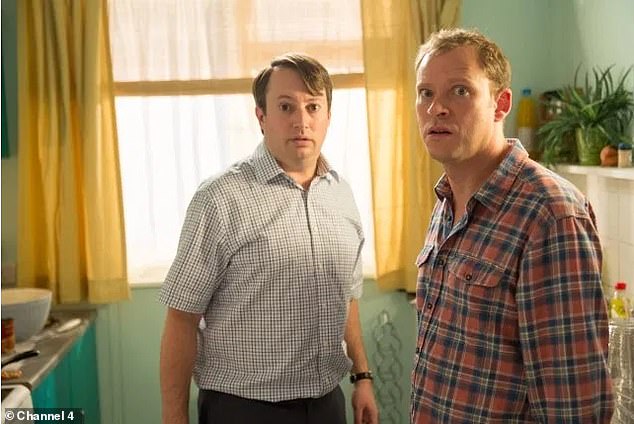 Though the scene has now been edited out on Netflix, it is still there on Channel 4’s All 4 streaming service

Speaking to Vice, he said: ‘The episode where I wear blackface is the first thing that comes to mind, but the whole comedy of that scene is that [Jez] is very, very worried about this, and it’s Nancy’s [his then-girlfriend] craziness and blithe… she’s just a bit f***ing stupid.

‘She’s a self-conscious taboo breaker, so she’s very aware of the taboo, whereas Jez is coming at it from a more sensible angle, that is, ”Let’s not do this taboo”.

‘With any kind of jokes in sensitive areas, you have to ask yourself, ”What is this joke doing? Whose side is this joke on? How is it going to be misinterpreted and will they have a point if they misinterpret it?”.

‘Those are the kind of things you have to ask.’