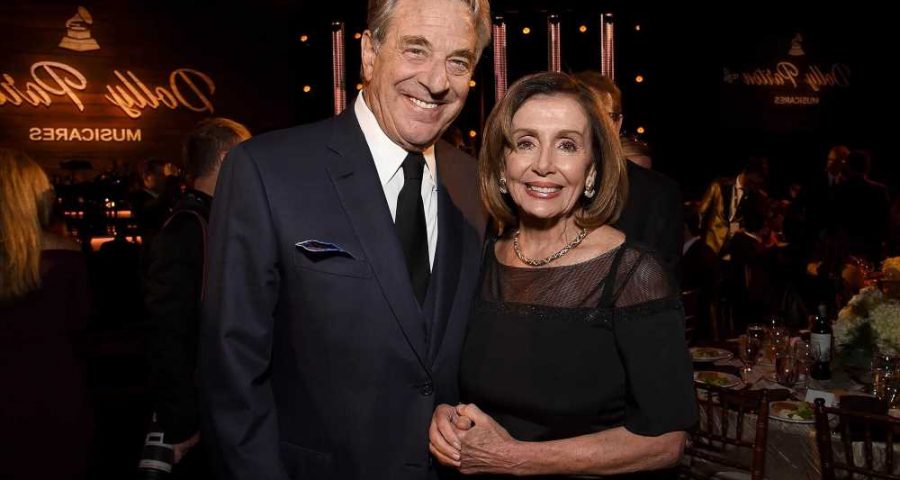 House Speaker Nancy Pelosi’s husband purchased upwards of $11 million in major tech stocks in May and June that quickly earned him over $5 million in profit — making the moves as his wife’s chamber ostensibly works to pass a series of bills reining in Big Tech.

Paul Pelosi, a venture capitalist with a net worth valued at over $100 million, exercised 40 call options to acquire 4,000 shares of Alphabet, the parent company of Google, at a $1,200 strike price, according to a financial disclosure report signed by the House speaker last Friday.

Exercising a call option allows investors to buy a stock at a later date at a pre-determined price, which that individual speculated the value would be beforehand. Pelosi’s call options for Alphabet, valued at $1,200 a share, were set to expire the day he sold them, when the company was valued at $2,500 a share.

Paul Pelosi gained $4.8 million as an immediate result of the trade, though his returns have grown since the June 18 transaction to $5.3 million.

Reached by The Post, Pelosi spokesman Drew Hamill denied any wrongdoing on the speaker’s part, saying she “has no involvement or prior knowledge of these transactions” and “does not own any stock.”

Paul Pelosi’s transactions are also not suspected of violating the STOCK Act, which makes it illegal for lawmakers and Capitol Hill staff to engage in insider trading.

In the days after the speaker’s better half decided to bet on Big Tech, the House moved to advance five antitrust bills that would rein in Silicon Valley.

The bills, which had bipartisan backing in the House Judiciary Committee, face uphill climbs in both the House and the Senate, where the legislative filibuster requires 60 votes.

Still, Pelosi has maintained her support for the bills, saying at a press conference late last month, “There has been concern on both sides of the aisle about the consolidation of power of the tech companies.

“And these — this legislation is an attempt to address that in the interest of fairness, in the interest of competition, in interest of meeting the needs of people who are — whose privacy, whose data and all the rest is at the mercy of these tech companies,” the top-ranking House Democrat said.

Asked at that same presser to respond to reports that she had spoken with Apple CEO Tim Cook about Big Tech’s concerns about the legislation, Pelosi said she told the tech executive, “If you have a substantive concern, put it forth as Congress works its will.”

“That’s been my conversation with Tim,” she continued, referencing Cook.

“Congress will work its will. They’ll have the mark-up in committee. We’ll go to [the House] Rules [Committee],” she explained, adding, “If [these companies] have substantive concerns, and … they have members who have voted with them on this, they can put forth what they want to put forth.”

“But we’re not going to ignore that consolidation that has happened and the concern that exists on both sides of the aisle.”