Pervert delivery man who posed as a taxi driver and raped a teenager, 19, he kidnapped on a night out in Liverpool is jailed for 9½ years

A takeaway delivery man posing as a taxi driver abducted and raped a teenager while she was on a night out in Liverpool city centre.

Hameed Naderi, 30, snatched the ‘very vulnerable’ student off the streets of Liverpool in the early hours, coaxing her into his car before attacking her in a public place and his own home.

Naderi raped the teenager twice before dropping her back to her student accommodation.

Liverpool Crown Court heard that the 19-year-old victim took a taxi into town shortly after 12.15am.

Prosecutor Michael Scholes described how she recalled being in a bar on Concert Square, but her next memory was being in the stranger’s bedroom with him on top of her and having sex with her. 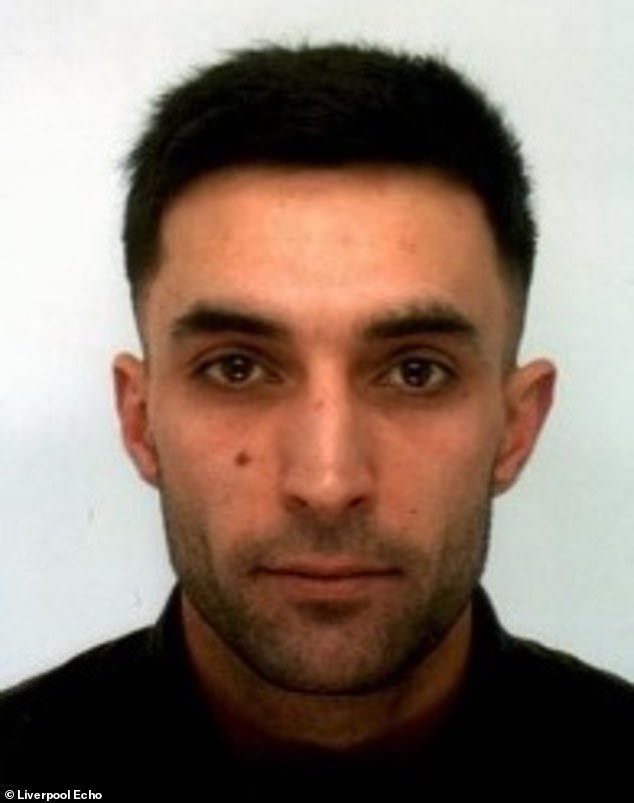 Hameed Naderi, 30, snatched the ‘very vulnerable’ student off the streets of Liverpool in the early hours, by telling her that he was a taxi driver

The teen’s movements in the intervening period were pieced together via CCTV footage and her mobile phone data, which showed that she had left the bar at around 3am and visited a takeaway.

She was then denied entry to another bar as she was ‘completely intoxicated’, and Naderi subsequently picked her up in his silver Ford Fiesta on Lime Street – having ‘led her to believe or allowed her to believe’ that he was a taxi driver.

Cameras showed her walking past his car near to Lime Street Station before he walked over to her, linked arms with her and led her into his vehicle before driving off.

The 30-year-old took her to his home on Moses Street in Toxteth before taking her to Riverside Drive in Otterspool, where he raped her.

This was only discovered because Naderi later told police he had had sex with her here, the complainant having had no recollection of the incident.

After around 45 minutes in this location, they returned to Moses Street where he raped her for a second time.

Naderi dropped the young woman off at her shared accommodation after the assault. One flatmate who saw her arrive home described her as being ‘out of it, like a zombie’.

She later texted another housemate to come into her room and told her what had happened while ‘hyperventilating’.

Mr Scholes said: ‘She was extremely drunk and vulnerable and in no position to resist.

‘The defendant took advantage of her. In doing so, the defendant behaved in a sinister, predatory way – quite deliberately targeting this young woman for his own sexual gratification.’ 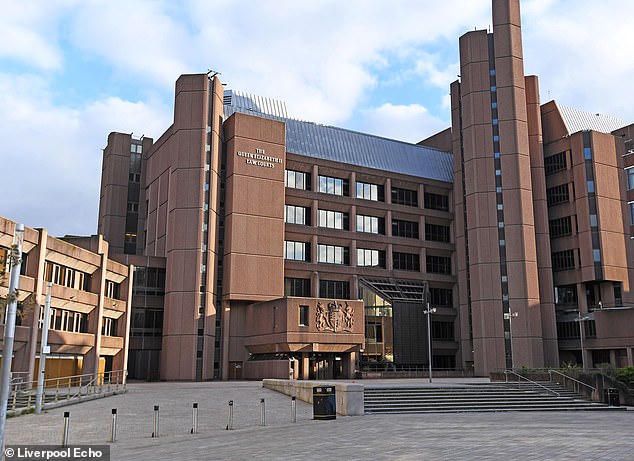 In a statement which she read out to the court, the victim described how she had suffered from depression and panic attacks since the incident.

She had to quit her part-time job as a result, while the attack also affected her studies.

She said: ‘I was so worried that he would come into my place of work and I wouldn’t know if he was right in front of me. Before the offence, I was happy and loved nothing more than being sociable.

‘It became practically impossible to go out of the house. I was too sad to get out of bed.

‘I cry because I can’t cope with the emotional pain. I know I have a long road ahead of me, but knowing he won’t be able to do this to another person makes me happier than anything.’

Naderi, who was assisted by an interpreter as he appeared via video link, has no previous convictions. Satpal Roth-Sharma, defending, said her client had been ‘participating in food deliveries on that evening around the Lime Street area’.

He originally came to the UK as an asylum seeker, but will now be deported.

Ms Roth-Sharma said the defendant had not told her why he was near Lime Street but did understand that it was illegal to have sex with someone without their consent.

Naderi admitted two counts of rape and was jailed for nine and a half years.

He was also handed an additional five years on licence, and must sign the sex offenders’ register indefinitely.

Sentencing, Judge Neil Flewitt KC said he had no remorse for his actions, which had been ‘wicked’.

‘Whatever my suspicions may be, there is no evidential basis upon which I could conclude that you had deliberately planned to be in that area in the hope of abducting and raping a young woman – but that is what you did.

‘You approached her and either led her to believe or allowed her to believe you would look after her, whether working as a taxi driver or simply someone doing her a good deed. What you did after that defies belief.

‘It must have been obvious to you how vulnerable she was, that she was not in a position to give any meaningful consent to anything that was happening to her. The impact on her has been immense.

‘I have no doubt that the events of that night will stay with her for a long time. You have absolutely no insight into the harm you have done or the wickedness of your actions – you have shown no remorse.’

Following the sentencing, Merseyside Police’s Detective Inspector Leanne Toole praised the courage of the victim and said the conviction showed that violence against women would ‘not be tolerated’.

Detective Matt Rimmer, who led the force’s investigation, said that while no sentence would repair the damage done, he hoped the conviction would encourage other victims to come forward.

‘While no sentence will repair the damage that Hameed Naderi inflicted his victim that night, I hope today’s sentencing will not only provide her with justice but also encourage other victims to come forward and have the confidence in us as a police force to take reports seriously and ultimately ensure offenders are put before the courts.’