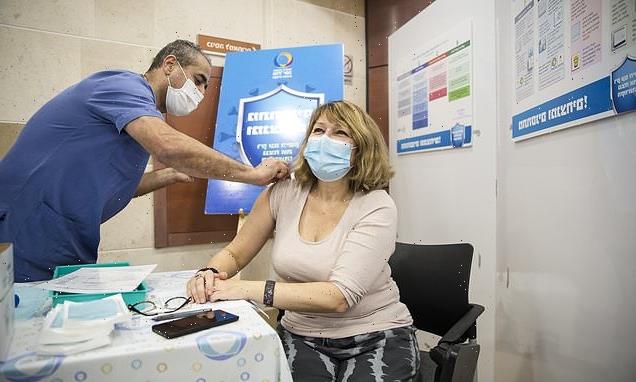 The coronavirus variant discovered in South Africa may be better at breaking through the protection provided by the Pfizer vaccine, but the shot remains highly effective, Israeli researchers have said.

The study updated its findings to state that the South African variant’s prevalence in Israel is very low and the Pfizer/BioNTech vaccine still appears to be working well.

In the initial findings released on the medRxiv pre-print site on April 9, researchers said that the South African variant, B.1.351, made up about one per cent of all coronavirus cases in Israel.

Among patients who had received two doses of the vaccine, the variant’s prevalence rate was eight times higher than those unvaccinated. The figures showed 5.4 per cent versus 0.7 per cent. 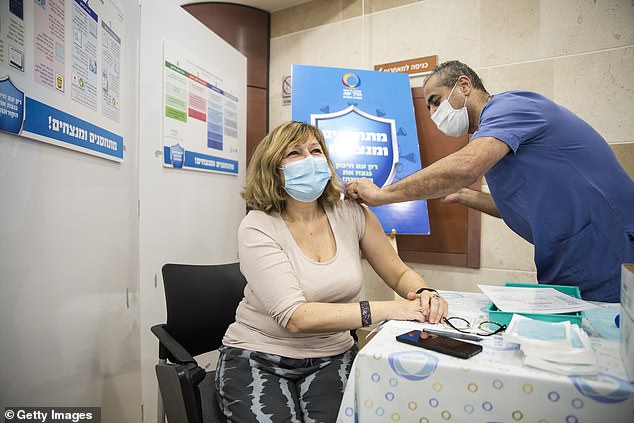 An Israel study says the South African coronavirus may be better at breaking through the protection provided by the Pfizer vaccine, but the shot remains highly effective

Researchers said this meant that the Pfizer-BioNTech vaccine, though highly protective, ‘probably does not provide the same level of protection against the South African (B.1.351) variant of the coronavirus.’

But in an update to the study posted on April 16, the researchers noted that within the group of people who received two doses, which comprised eight people, all of the B.1.351 infections occurred within a week to 13 days after the second shot.

None of them tested positive for it 14 days or more after the second dose, suggesting that the vaccine was highly effective.

The study, which was carried out by Tel Aviv University and Israel’s largest healthcare provider, compared 400 unvaccinated people infected with Covid-19 to 400 partially or fully vaccinated people who also had the virus.

It matched age and gender, among other characteristics.

The researchers said the study was not intended to assess overall vaccine effectiveness against any variant, since it only looked at people who had already tested positive for COVID-19, not at overall infection rates.

It also only covered the Pfizer/BioNTech vaccine and not the Johnson & Johnson Moderna or Oxford-AstraZeneca vaccines. 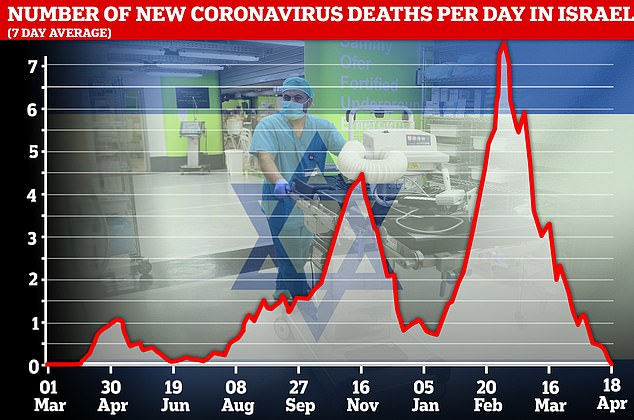 Separate real-world Israeli studies on the Pfizer/BioNTech vaccine’s overall effectiveness, including by Clalit, have shown the shot to be more than 90 per cent effective.

‘This may imply that there is a short window of susceptibility to B.1.351 infection limited to the immediate two weeks after the second dose – but we cannot be confident that this is indeed the case,’ Stern and Clalit’s Ran Balicer said in an email to Reuters on Sunday.

The researchers cautioned that the study only had a small sample size of people infected with the South African variant because of its rarity in Israel. 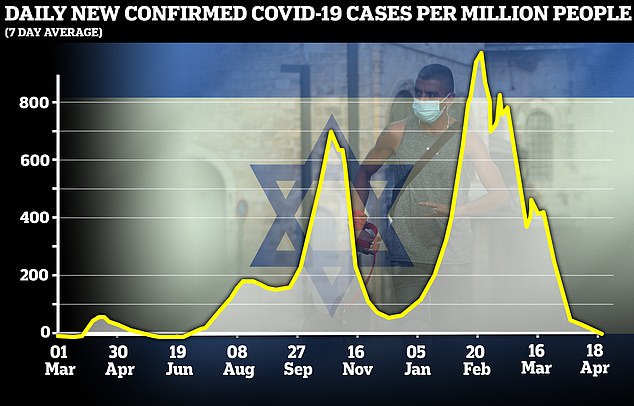 The vaccines have transformed life in Israel. In mid-January the country had a peak of some 10,000 new infections a day but the rate is now about 200 cases a day

‘The B.1.351 incidence in Israel to-date remains low and vaccine effectiveness remains high among those fully vaccinated,’ the study said.

The vaccines have transformed life in Israel. In mid-January the country had a peak of some 10,000 new infections a day but the rate is now about 200 cases a day.

The rate of new infections has remained low even after in-person learning resumed and restrictions were loosened on bars, restaurants and indoor gatherings.

Pfizer declined to comment on the Israeli study. Pfizer and BioNTech said on April 1 that their vaccine was around 91 per cent effective at preventing COVID-19, citing updated trial data that included participants inoculated for up to six months.

They have been testing a third dose of their shot as a booster, and have said they could modify the shot to specifically address new variants if needed. 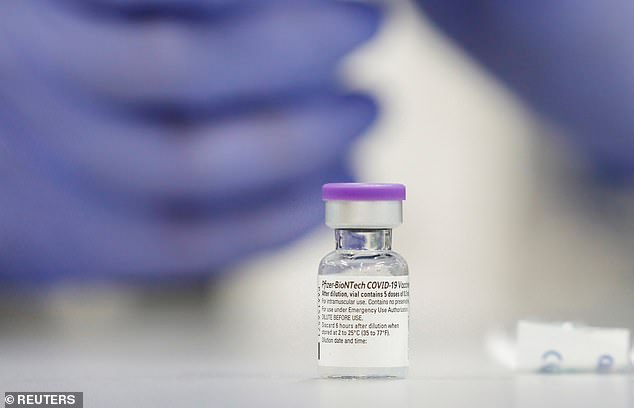 Some previous studies have indicated that the Pfizer/BioNTech shot was less potent against the B.1.351 variant than against other variants of the coronavirus, but still offered a powerful defense.

While the results of the study may cause concern, the low prevalence of the South African strain was encouraging, according to Stern.

More than half of Israel’s 9.3 million population has received both Pfizer doses. Israel has largely reopened its economy in recent weeks while the pandemic appears to be receding with a sharp drop in infections and hospitalizations.