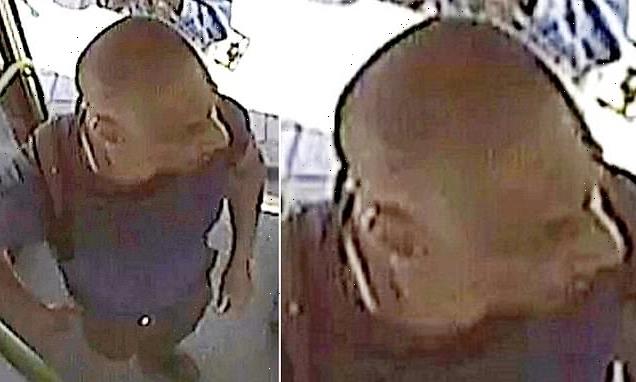 Pictured: Man hunted by police after 87-year-old woman was followed into flats and attacked by robber who took purse from her trolley 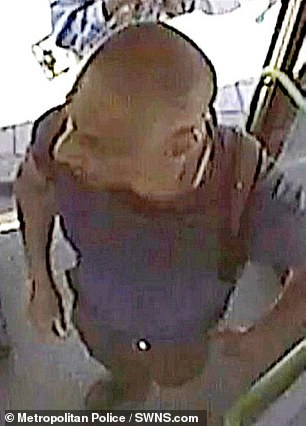 Do you know this man: Police are appealing for help to identify him after a robbery

An elderly woman was violently robbed by a man who pushed her over and stole her purse out of a shopping trolley.

The 87-year-old woman was followed into a block of flats and attacked by a man who took her wheeled trolley that she used to help her walk, and stole her purse that was inside.

Scotland Yard said the victim was assaulted inside a block of flats at around 2.50pm on June 1 in Homerton, east London.

A passing delivery driver found the victim who helped her to a friend’s home who then called 999.

Detectives released a CCTV image of a potential suspect today in an appeal for information.

Officers want anyone who knows the man in the CCTV image to get in touch with the Metropolitan Police.

A spokesperson for the force said: ‘The robbery took place at 2.50pm on Tuesday, June 1, at Paragon Road, E9.

‘The victim, an 87-year-old woman, was followed into a block of flats by a man who pushed her to the floor and stole her purse from the wheeled shopping trolley that she used to aid her in walking.

‘The victim was found on the floor by a delivery driver who took her to her to a friend who called the police.’

Anyone who can identify the man pictured should call police on 101 or tweet @MetCC quoting 4753/1JUN.