BBC bosses were furious last night after the delay to Boris Johnson’s press conference left the screening of their biggest show in turmoil.

Strictly Come Dancing contestants and production staff found out it was still going on air just seconds before the network started playing the introduction music at around 7.14pm – four minutes after the time it was originally scheduled to begin.

Sources on the show said that at one point it was expected that the show would be moved to a later day as no information had come from the scheduling department.

One said last night: ‘We had no idea what was going on. The time kept getting away from us. 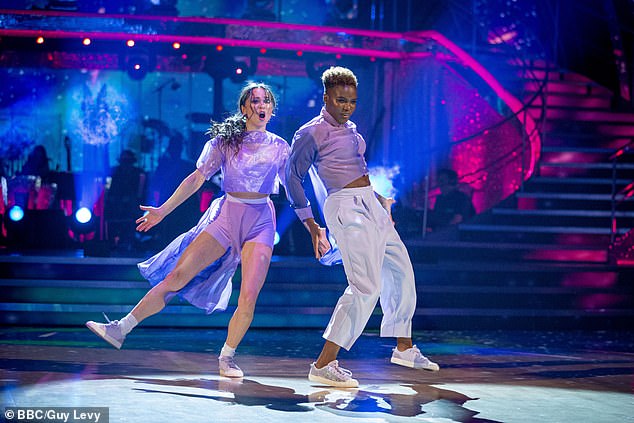 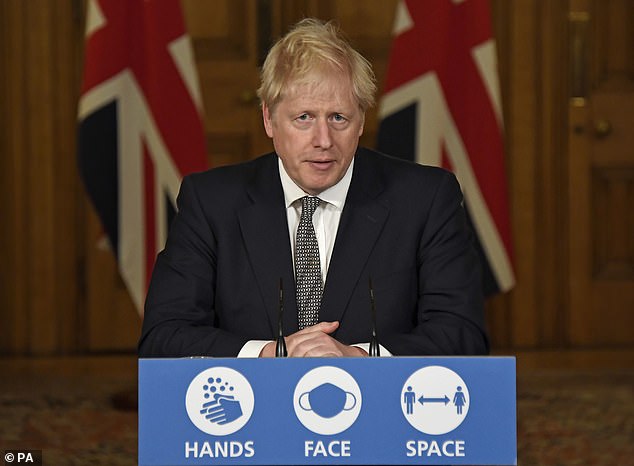 Johnson revealed in a televised statement that England would go into lockdown on Thursday. The measure is expected to be in place until December 2

‘It was total chaos. There were phone calls being made back and forth, but nobody knew what Boris and his team were doing so everyone on the Strictly team was left hanging. You can imagine the nerves backstage among the dancers.’

Fans on Twitter also poked fun at the situation. Broadcaster Matt Chorley wrote: ‘Of all the highly dangerous things this Government has done, f***ing about with the start of Strictly seems the most risky.’

When it was moved back to 5pm, a half-hour news special was put in at 4.30pm, hosted by Reeta Chakrabarti.

However, she was still presenting the programme at 7.13pm, so Mastermind was also axed.