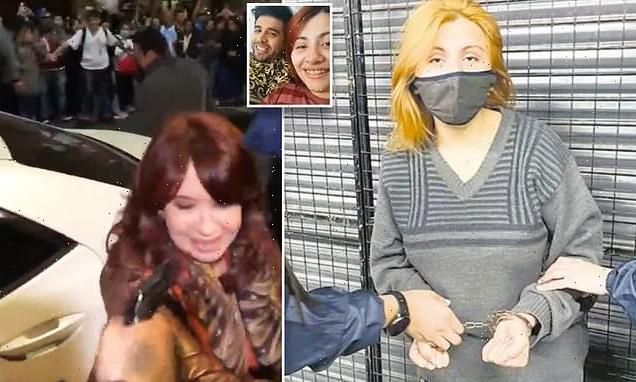 Girlfriend, 23, of ‘would-be assassin’ who pointed gun in Argentina VP’s face is arrested as surveillance footage shows her trying to board a train in a balaclava

Argentine authorities have arrested the girlfriend of the man who attempted to assassinate Vice President Cristina Fernández as investigators continued Monday to determine if the suspect was part of a wider plot.

Surveillance footage released by the Ministry of Transportation showed Uliarte wearing a balaclava as she walked through the turnstile at the Retiro subway station and arrested her after the train stopped at the Palermo station.

Authorities had been tracking her movement after she told police that she had not been seeing Sabag Montiel. Online news portal Infobae reported that investigators reviewed 52 different recordings that showed the couple together before Sabag Montiel tried to kill Fernández.

Although she has not been charged, investigators were looking into if she was connected to Thursday night’s shooting in front of the vice president’s home.

Sabag Montiel was seen in a cellphone video approaching Fernández and pointing his gun just inches from her face when the loaded Bersa 380 piston got jammed after he pulled the trigger. 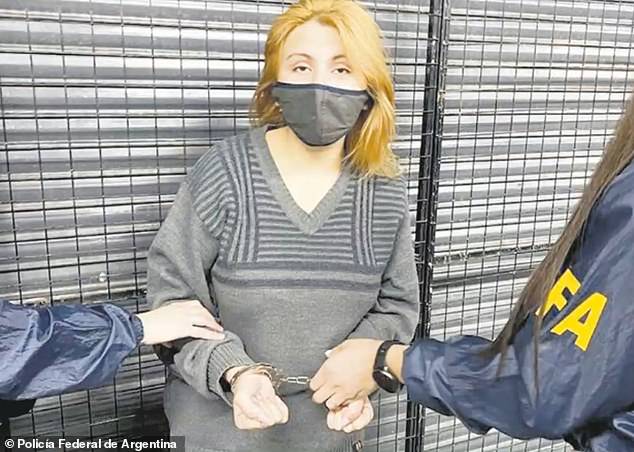 Brenda Uliarte was taken into custody Sunday night by Federal Police agents at a train station in the capital, Buenos Aires. She is the 23-year-old partner of Brazilian suspect Fernando André Sabag Montiel, who was arrested Thursday moments after he attempted to assassinated Argentina’s Vice President Cristina Fernández 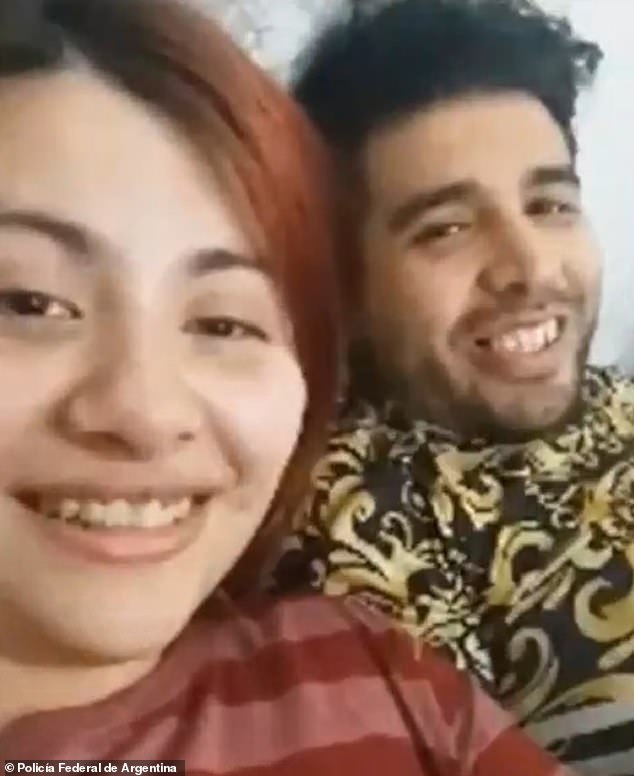 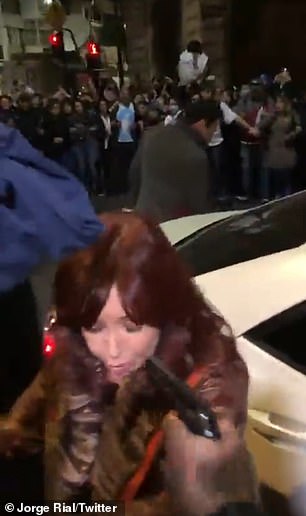 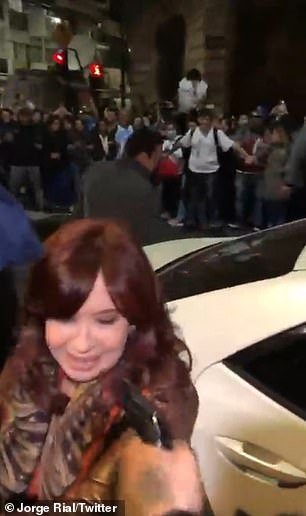 The gun was held inches from Argentina Vice President Cristina Fernández’s face, but she was not hurt

Surveillance video shows Uliarte standing near a wall during the commotion and walking away.

The footage contradicts her version of the events after she appeared on an interview with local television network Telefe on Friday night and said she had not seen him in two days.

‘I am very afraid because they take away our chance to work and also because they are blaming us for something we did not do, they say we are a terrorist group and we have nothing to do with it,’ Uliarte said.

She described Sabag Montiel as ‘a good man’ and a ‘worker’ while adding that she ‘didn’t think he was capable of doing something like that. I was puzzled.’

Argentine newspaper La Nacion reported that Uliarte and Sabag Montiel appeared in another surveillance camera while they were heading to pay a tattoo artist in the hours leading up to the failed assassination.

Just hours before her arrest Sunday, Uliarte did a live broadcast on her Instagram account and slammed dishonest members of congress. 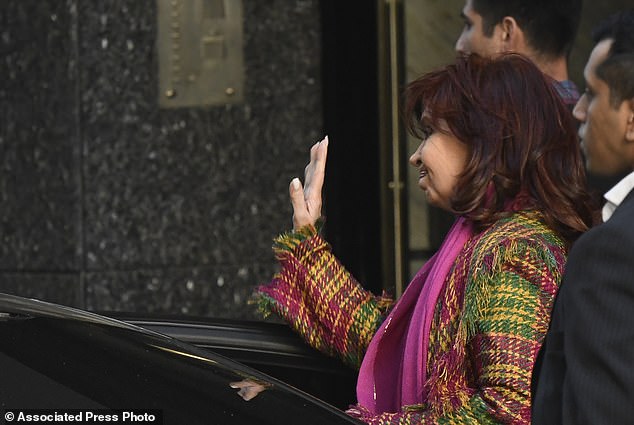 Argentine Vice President Cristina Fernandez waves to supporters as she exits her home Monday, four days after a person pointed a gun in front of  her home in the Recoleta neighborhood of Buenos Aires 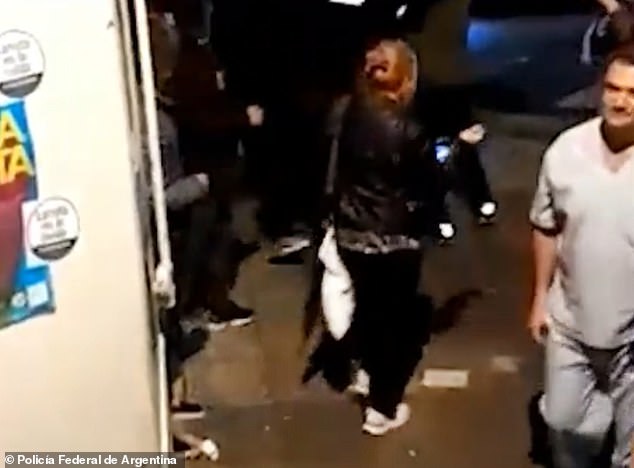 Brenda Uliarte (center) was picked up on a surveillance camera walking away near where her boyfriend, Brazilian national Fernando Andrés Sabag Montiel, came close to murdering Argentina’s Vice President Cristina Fernández on Thursday. Uliarte when on television Friday to say that she had not seen the suspect in two days 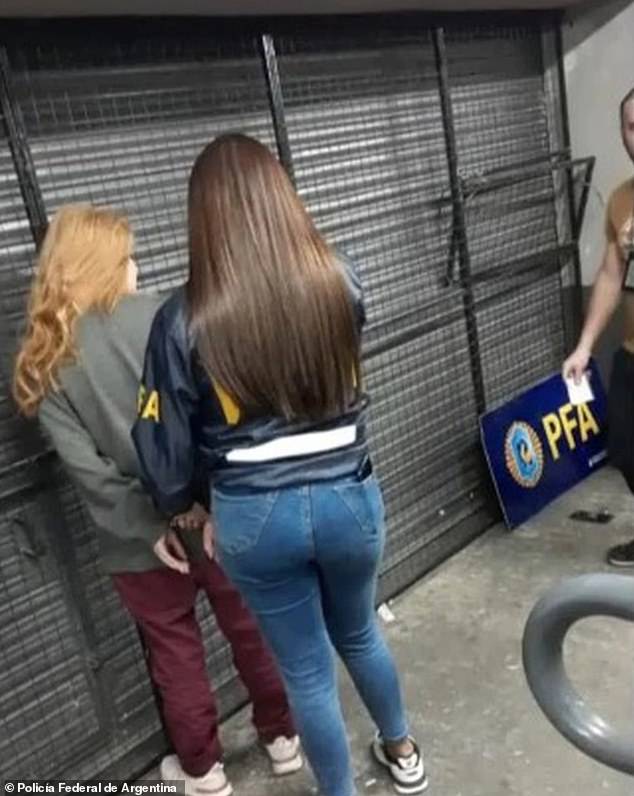 When one of her followers appeared to allege that Sabag Montiel was holding ‘a water gun that was clearly visible,’ Uliarte replied, ‘Yes, maybe it was a water gun. Who knows?’

She then read aloud a comment from another follower who claimed that authorities had ‘swapped the gun for a real one and know you got to believe this mess.’

Officials have spent the last couple of days trying to determine how and why data apparently had been wiped from a cellphone seized from Sabag Montiel when he was caught at the scene. 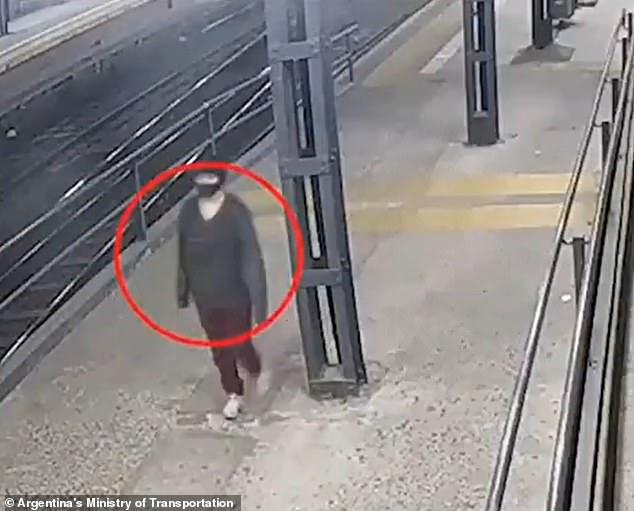 Brenda Uliarte is captured by a surveillance camera walking on the Retiro train station in Buenos Aires  on Sunday night moments before she boarded a train and was then arrested. Authorities reviewed 52 video cameras that show she was with her boyfriend in the hours leading to the failed assassination attempt of Argentina’s vice president Thursday night 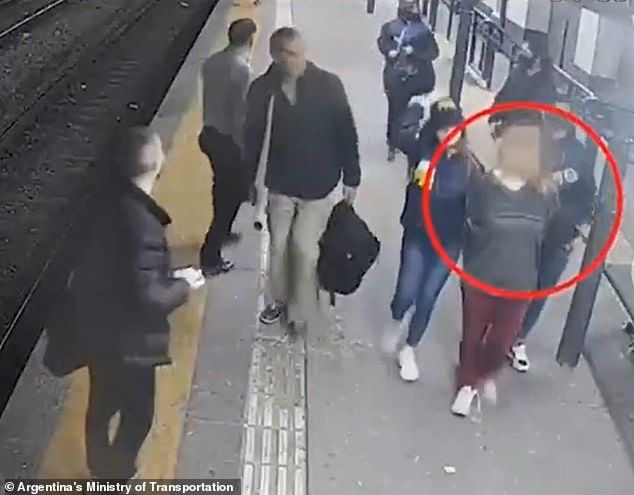 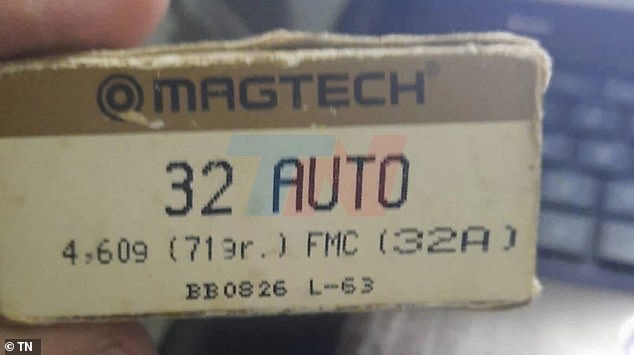 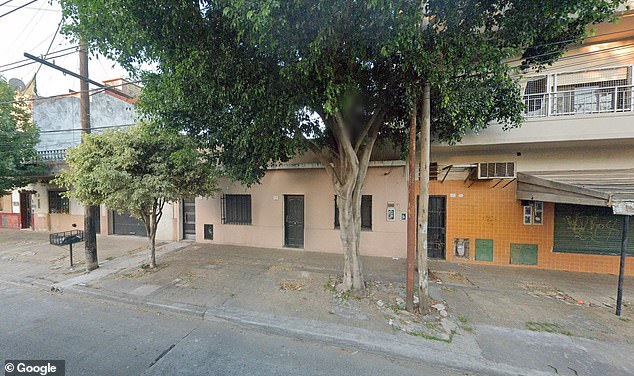 Fernando Andrés Sabag Montiel, who was arrested Thursday night after he attempted to murder the vice president of Argentina, was renting a studio located in the back of a house (center) located in the Buenos Aires town of San Martín 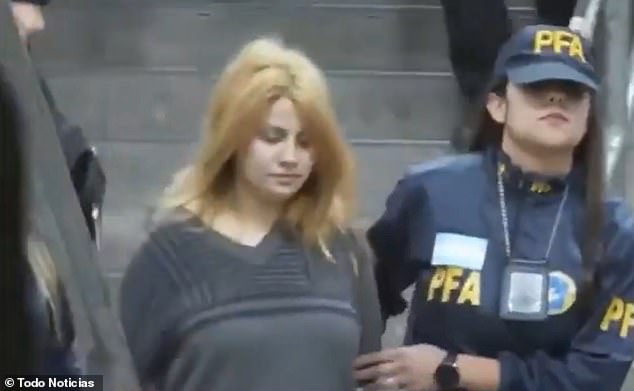 The apparent assassination attempt has shaken a nation where Fernández has been a central political figure for decades, serving as president from 2007 to 2015 following the term of her late husband, Nestor Kirchner, who took office in 2003.

A judicial source said Uliarte had been present in the area where the foiled attack took place, mixed among hundreds of Fernández’s sympathizers who had come to show support at a time she faces trial on corruption allegations. The source spoke on condition of anonymity due to rules governing case secrecy.

Sabag Montiel, 35, had lived in Argentina for more than two decades. Local news media have published images from his now-inactivated social media accounts showing him with arms tattooed with Nazi-like symbols.

Investigators say they are trying to determine why the gun did not fire and also to extract information from Sabag Montiel’s cellphone. Authorities say it came to Airport Security Police, who are in charge of trying to inspect it, reformatted, as if it had come from the factory. 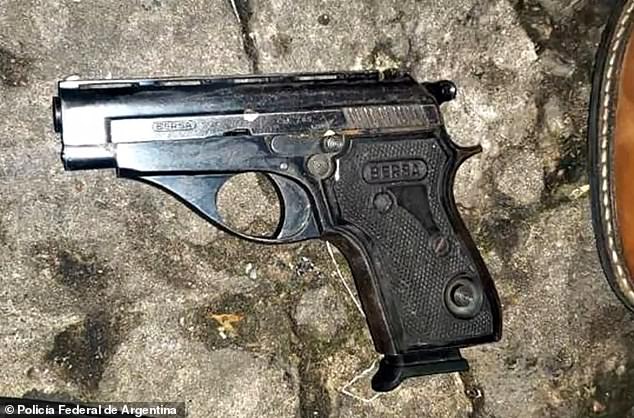 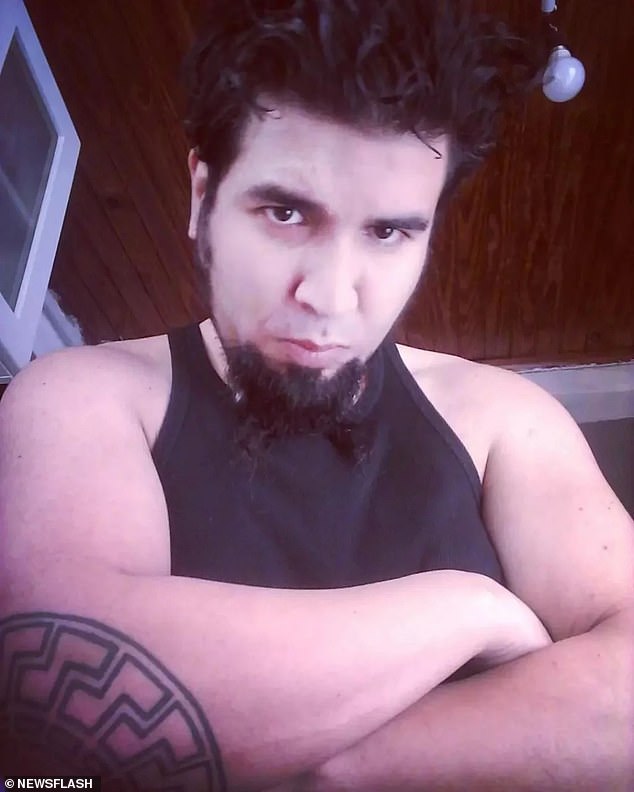 The suspect has a tattoo of a large black sun on his elbow, a symbol originally used by Nazi Germany and later by neo-Nazis and is associated with Nazi occultism

An informatics investigator, Pablo Rodríguez told the Todo Noticias television channel that when a cellphone is confiscated, police should ensure it can’t be accessed externally by turning it off, removing the chip and putting it in a bag that protects against external radiati9on.

‘But is they didn’t do all that, the phone was active and it’s possible it could have been reset remotely.’

Security Minister Aníbal Fernández told reporters that police ‘did not manipulate’ the phone. ‘What they did was collect it, put it in a (protective) Faraday bag and sent it to the court.’