Police are hunting down armed robbers who ran over and killed a puppy after trying to steal his owner’s phone.

Milo, an 11-month-old cockapoo, was killed after being hit when the car mounted the pavement as the suspects fled the scene.

His owner had been walking Milo and his twin puppy at around 10.45pm on Monday in West Kingdown, near Dartford, Kent, when he was targeted by thieves.

A grey Ford EcoSport drove past the victim. It then returned on the wrong side of the road before coming to a halt next to him.

A man who was driving demanded the victim hand over his mobile phone, while two other men got out of the vehicle holding weapons. 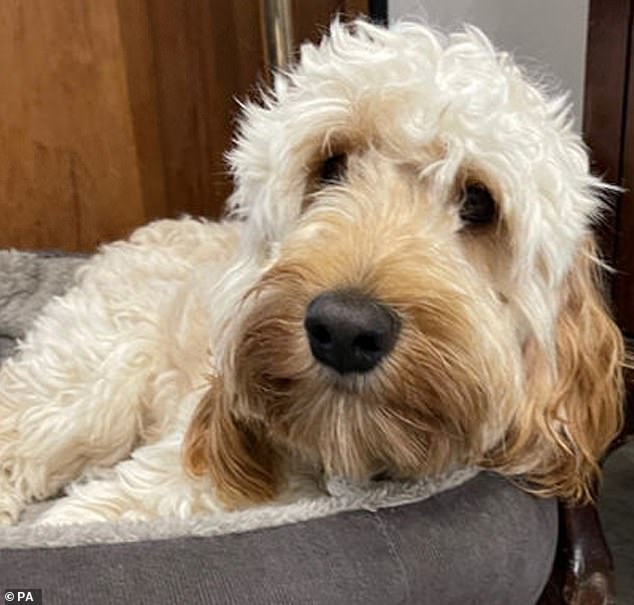 11-month-old Milo was killed minutes after thieves tried to steal his owner’s phone. Police are appealing to anyone who witnessed the attempted armed robbery in West Kingdown, near Dartford, Kent

The victim refused to hand over his phone and ran off, but as he ran away lost grip of one of the leads holding Milo.

Milo then ran to a nearby pavement to bark at the crooks only to be struck by the fleeing robbers as they headed towards the M25.

The young dog was killed instantly.

Police are now appealing for anyone with information and are urging drivers with dashcam footage or residents with CCTV to check their footage in case it can assist with enquiries. 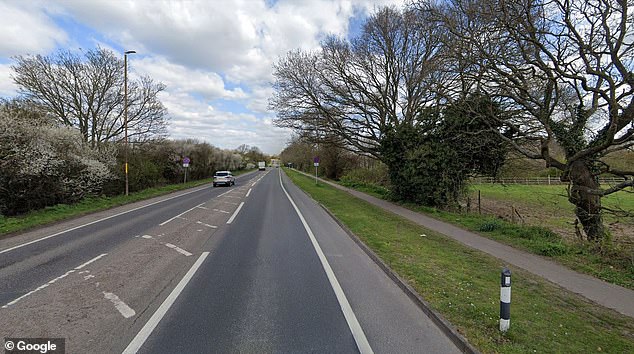 The three men attempted to rob the dog walker on London Road, West Kingsdown, Kent. They went on to run over one of his dogs, Milo

Now police are appealing for information and are urging drivers with dashcam or residents with CCTV to check for footage that may assist their enquiries with the London Road incident.

A spokesman for Kent Police today said: ‘Investigators are appealing for information after a car containing robbery suspects ran over and killed a victim’s dog in West Kingsdown.

‘The incident happened as a man was walking his twin cockapoos at around 10.45pm on Monday 3 October 2022.

‘A grey Ford EcoSport drove past the victim…it then returned on the wrong side of the road before coming to a halt next to him.

‘‘It is alleged the man who was driving demanded he hand over his mobile phone, while two other men got out of the vehicle holding weapons. The victim ran from the men but lost hold of one of his dogs’ leads.

‘It ran to a nearby pavement where it stood barking and was then struck by the Ford. The vehicle then drove off towards the M25. Milo, the 11-month-old cockapoo, died at the scene.’