Park and tide! Soft-top Audi TT is spotted bobbing in the Thames after river bursts its banks and sweeps up poorly parked cars

Parking in London can be infamously challenging.

But the owner of this car made a grave mistake when they left their vehicle on a ramp by the River Thames in the aftermath of Storm Ciara yesterday.

A silver Audi TT softtop car was seen floating down the river in a severely-flooded area of Putney as gobsmacked passersby stopped to stare. 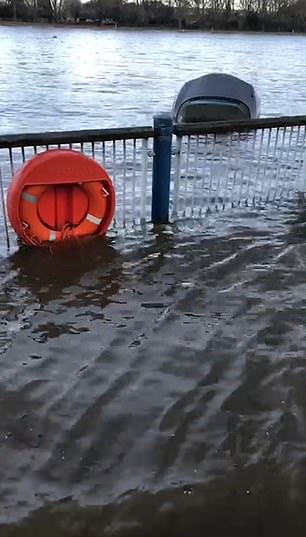 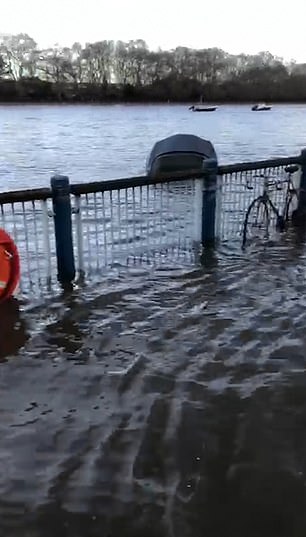 One woman, who filmed the moment she realised she was looking at a car, can be heard saying: ‘Oh my god, babe that is someone’s car.’

The filmer, who wished to remain anonymous, could be heard laughing along with a number of people nearby.

Other cars, which were slightly more fortunate, could be seen securely parked along the overflowing riverside.

The river, which had risen up to the height of the benches that lined a walkway by the water, lapped up against the bottom of a tree in the video.

And the park on the other side was completely flooded, something the woman who filmed the video had never seen before. 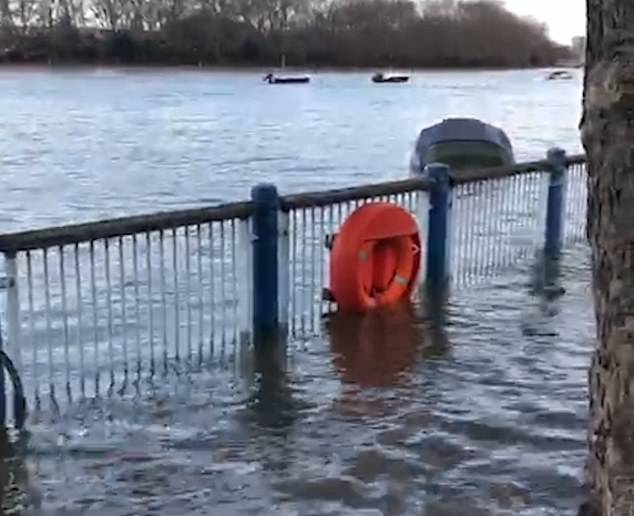 The filmer, who wished to remain anonymous, could be heard laughing along with a number of people nearby

Water levels of the River Thames rose to 6.6 metres in the area yesterday, meaning flooding likely remained high for hours after high tide.

Storm Ciara brought a month and a half’s rainfall in just 24 hours in some areas of the county while 97mph winds and flooding left more than 20,000 people without power. 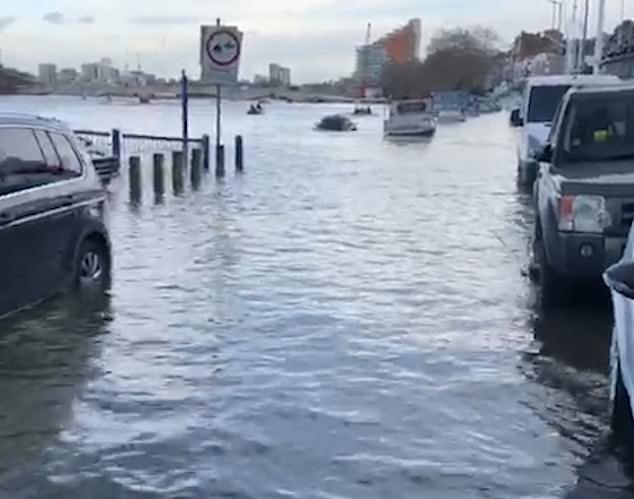 Other cars, which were slightly more fortunate, could be seen securely parked along the overflowing riverside

And with many still reeling from the damage the first storm – which threatened to be the ‘worst of the century’ – forecasters have warned that the UK faces another battering.

Storm Dennis, the fourth named storm of the season, will bring ‘blizzard conditions’ to Cumbria, Northumberland and vast swathes of Scotland.

Further downpours are also expected, with 35 flood warnings in place. Vikings explained: Who was Jarl Borg? What happened to him? How much is Kimberly Guilfoyle really worth?