A PORTLAND cop hit a protester with a motorbike and "dragged her for 20 feet" after being surrounded by 100 rioters wearing body armor.

The cop was trying to leave a traffic stop in the city on October 3 when a group of protesters surrounded him. 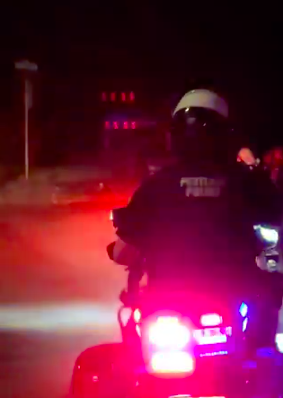 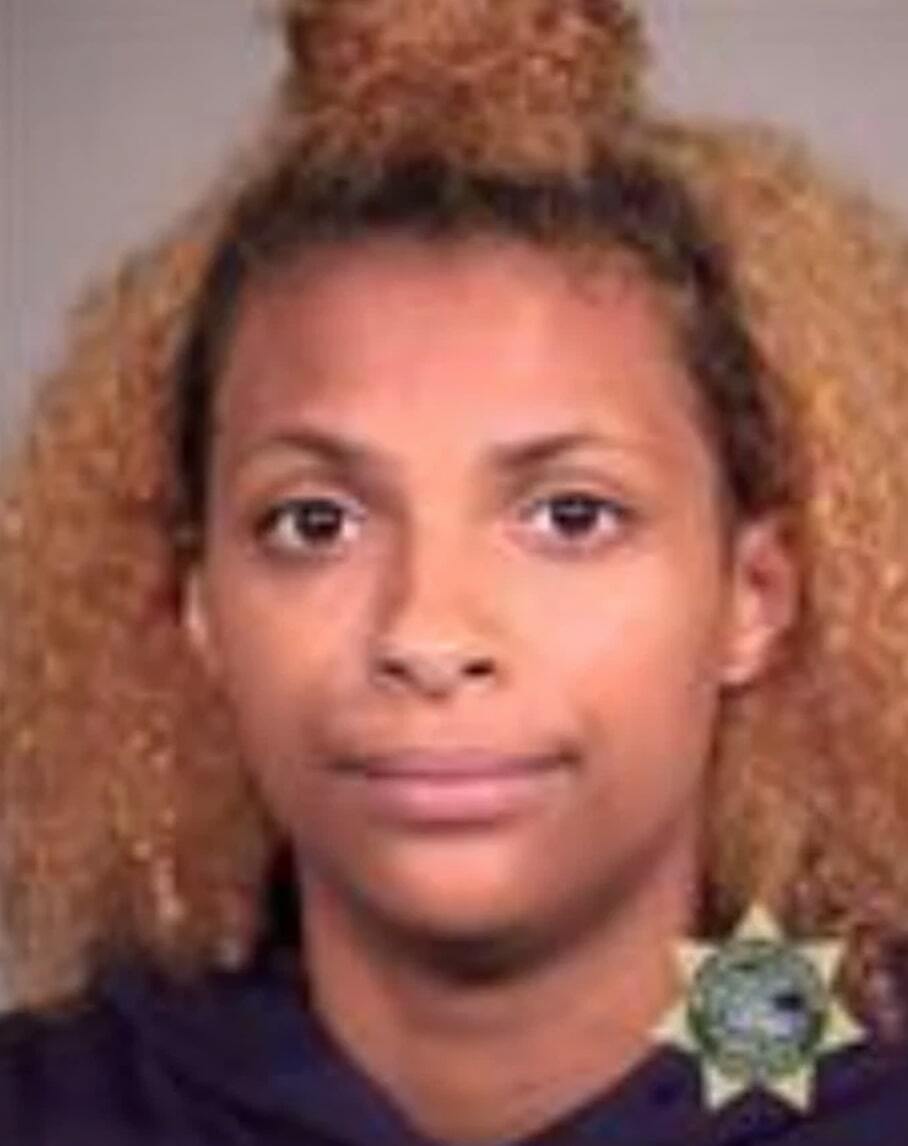 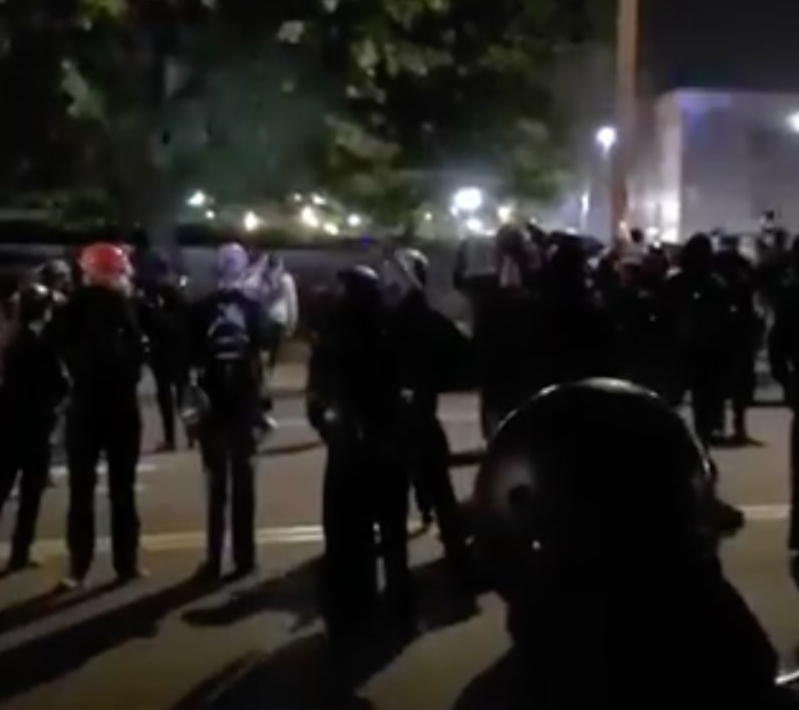 They tried to block his motorbike before the officer drove forwards and hit Tealeanna Lindseth, 22.

"Motorcycle cop tried to pull someone over, took off and dragged a protester for about 20ft and then ran her over," a tweet uploaded with the video read.

It is unclear how far Lindseth was dragged after she was hit.

The incident sparked a confrontation between protesters and police, with some demonstrators shouting: "You guys ran her over!"

Cops said the officer got on his motorbike "due to the extreme danger of a hostile crowd" and that he had projectiles thrown at him.

The officer warned the crowd to "back up" away from him.

Cops said in a statement: "During the maneuver, a woman jumped on the front of the motorcycle and was pushed aside. The officer was uninjured."

Lindseth was later arrested for allegedly jumping in front of the cop's bike.

Lindseth was charged with rioting – a felony – two counts of second-degree disorderly conduct and two counts of interfering with a peace officer.

She was treated for injuries at a local hospital and was later released Multnomah County Detention Center after no bail was set.

Three other people were arrested during the confrontation, cops said.

Portland has been the scene of unrest recently, with "Black Lives Matter and Antifa rioters" burning an American flag after a Proud Boys gathering late last month.

Footage of the incident on September 27 showed demonstrators lighting the flag on fire and then throwing it to the ground to burn.

The video was shared to Twitter and has since obtained more than 63,000 views.

"BLM-antifa rioters burn the US flag at their gathering in downtown Portland," the Twitter user wrote, alongside the video in an early Sunday morning post.

As the flag was ignited, someone is heard saying "Lets Go!" as a few claps can be heard protesters.

Protests have been taking place in the violence-plagued city of Portland for nearly four months – in the aftermath of George Floyd's fatal arrest which sparked nationwide unrest. 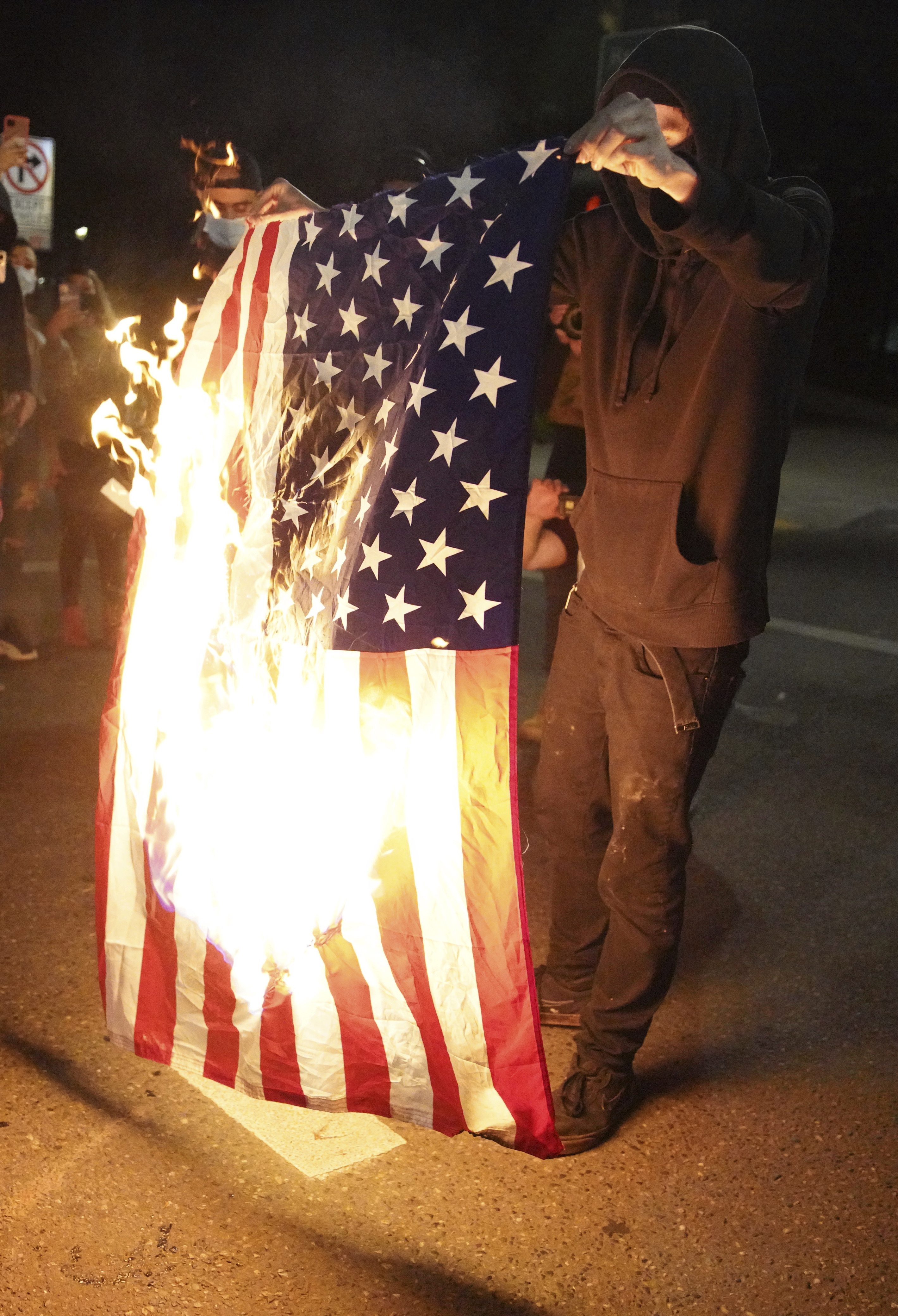 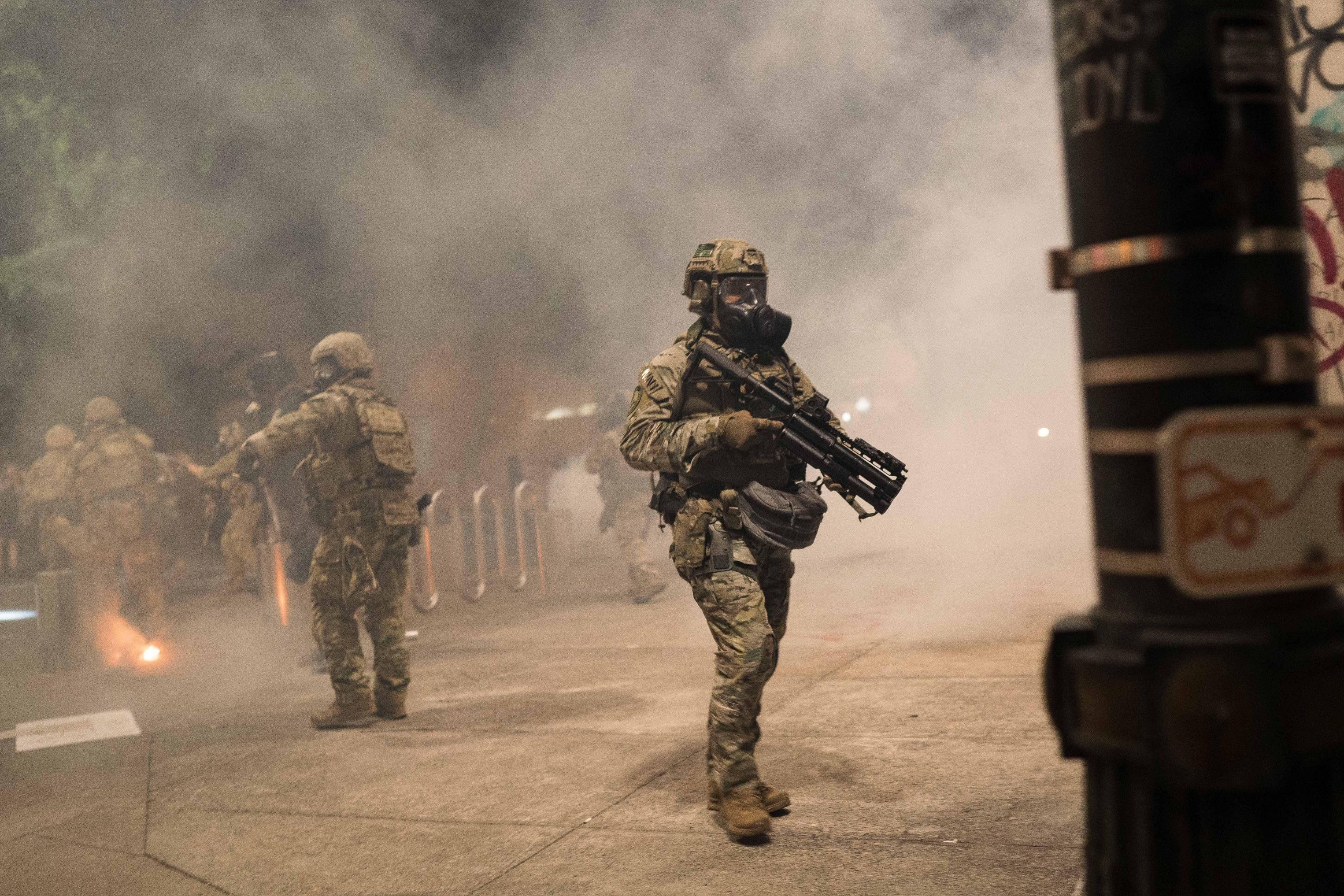