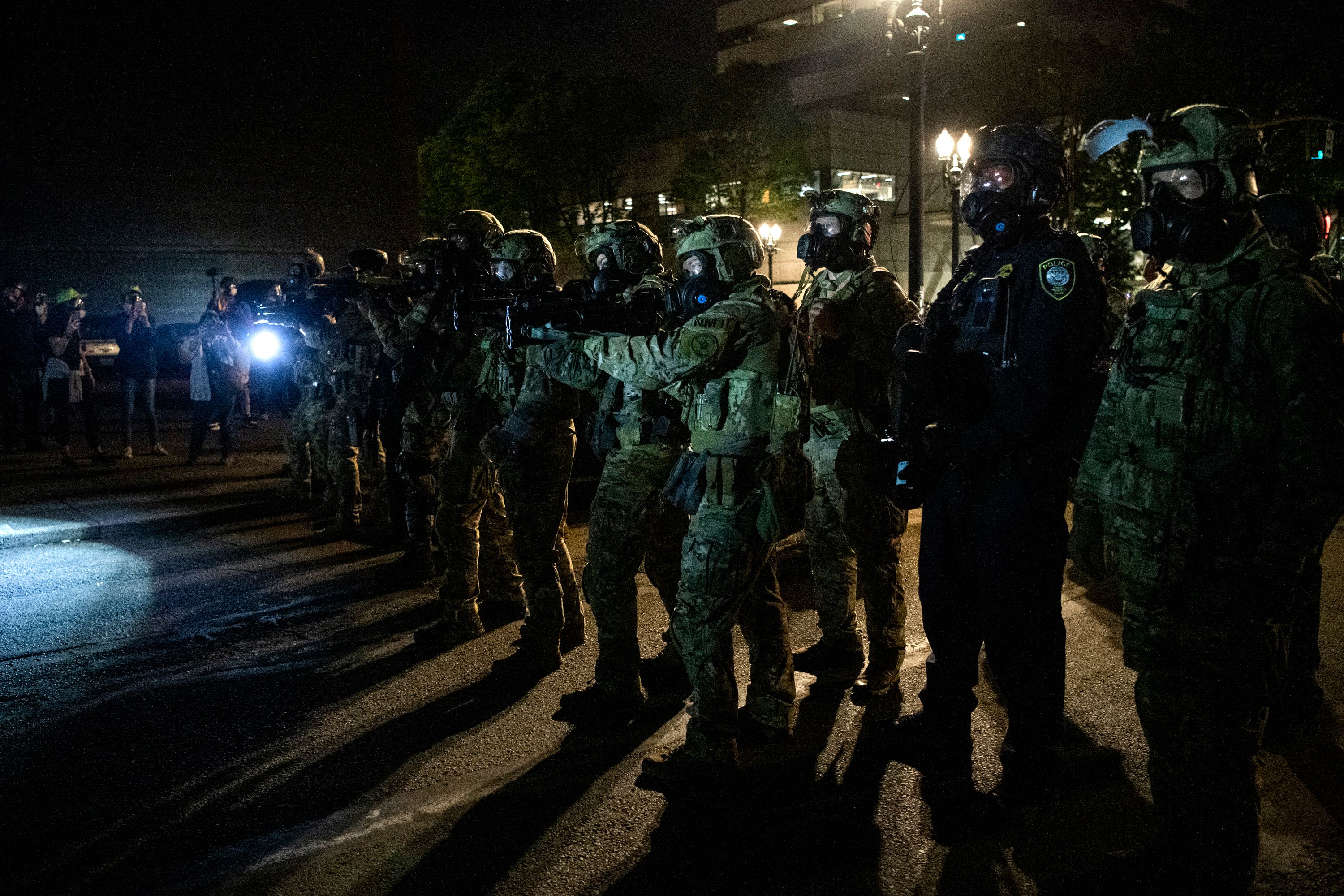 The unrest continued even after Governor Kate Brown said early Wednesday that all federal agents would depart Portland and be replaced by Oregon State Police beginning Thursday after discussions with President Trump’s administration officials.

Although, contrary to Brown’s comments, acting Department of Homeland Security Secretary, Chad Wolf said the agents would stay put “until we are assured that the Hatfield Federal Courthouse and other federal properties will no longer be attacked.”

Demonstrators were seen climbing over the fence of the federal courthouse and climbing back out at about 11:30pm. Federal agents fired another round of tear gas and stun grenades.

After another night of chaos between protesters and police Trump insisted Thursday that federal agents will not leave Portland until Governor Brown “clear(s) out” demonstrators from the city. 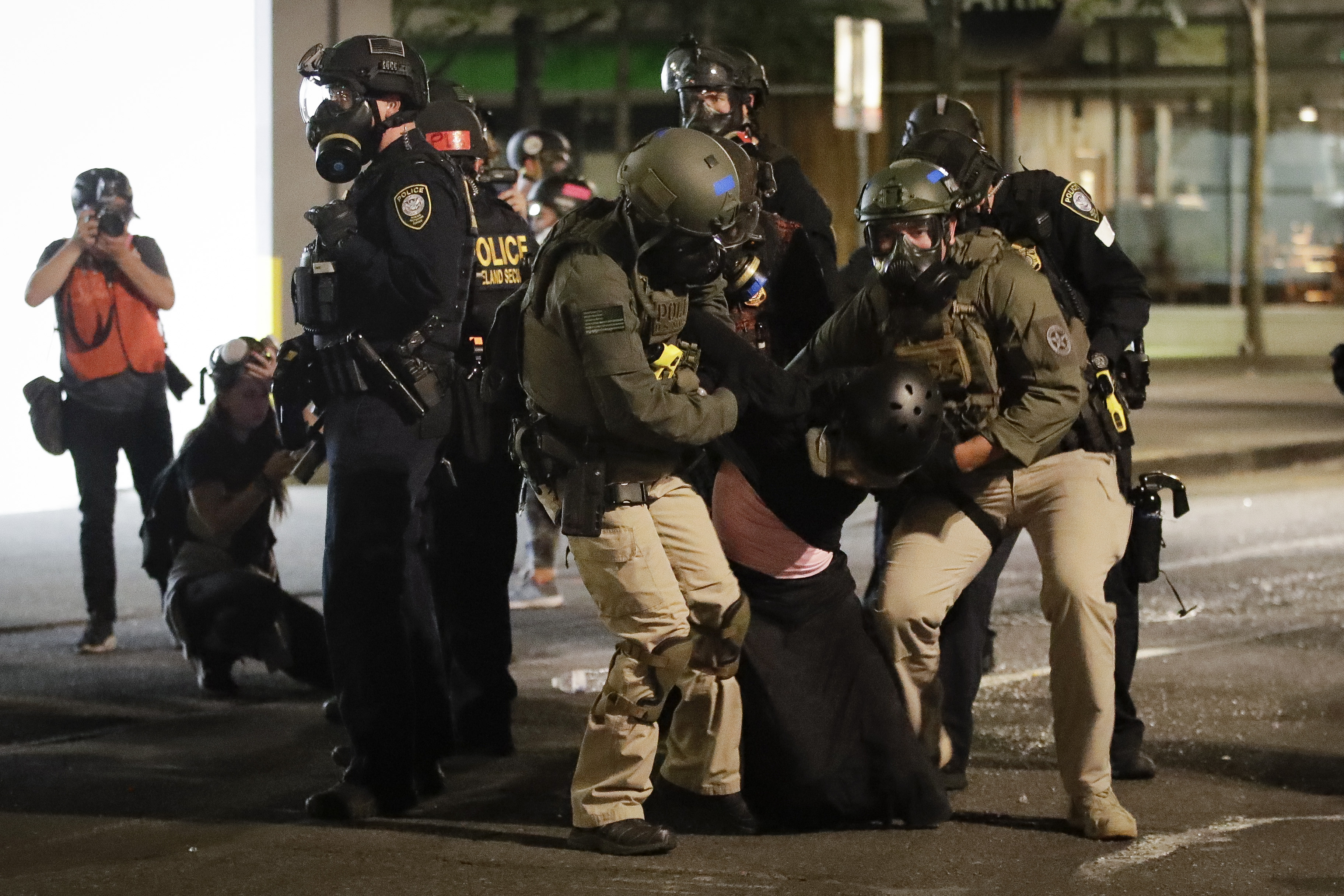 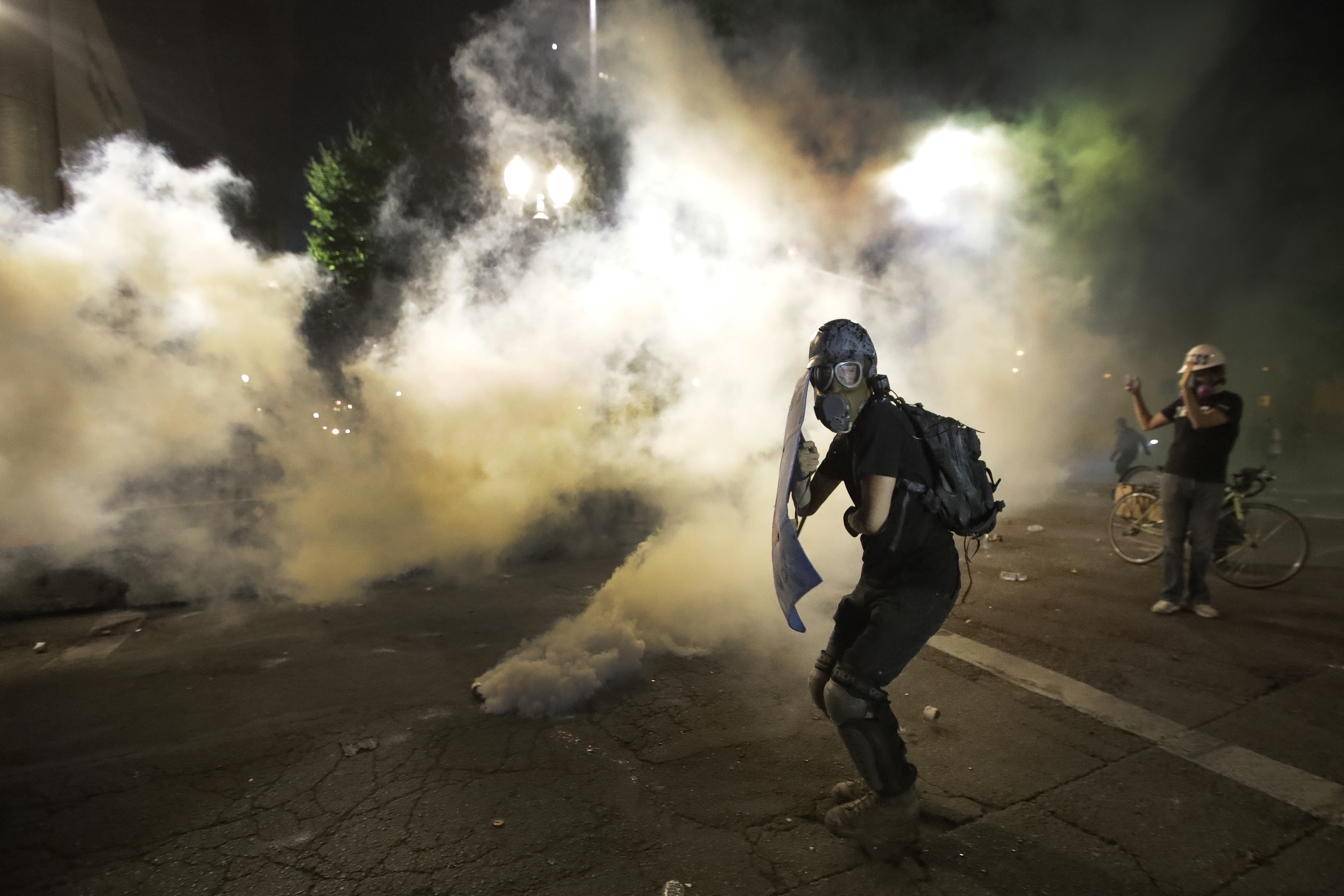 In a tweet Trump accused Brown of not “doing her job” and criticized protesters in Portland as “anarchists” and “agitators.”

“She must clear out, and in some cases arrest, the Anarchists & Agitators in Portland,” Trump tweeted of Brown.

“If she can’t do it, the Federal Government will do it for her. We will not be leaving until there is safety!”

When asked in an interview with ABC News Wednesday if the DHS had gone back on their word, Brown said that the agreement between both sides was “very, very clear” that said DHS officials would begin leaving the city on Thursday afternoon.

“This is definitely a step-by-step, gradual process, but we know how it ends. They will be out of the city of Portland and Oregonians will be in charge,” Brown told the outlet.

Portland has been the site of violent clashes between protesters and officers for several weeks.