After NSW recorded several weeks of zero community cases of COVID-19, all eyes are on Sydney's northern beaches after an outbreak of cases triggered border restrictions just one week before Christmas.

By Friday morning, there were 28 cases associated with the cluster, after NSW Premier Gladys Berejiklian announced 10 new cases. 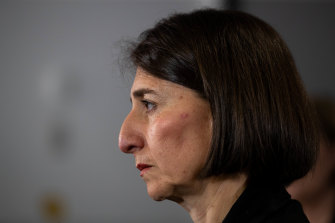 Genome sequencing shows the outbreak originated from a US strain but health authorities are still determining exactly where it came from and how it spread.

It could have come from international airline crew members, hotel quarantine workers or another source.

The good news is that it is not a previous strain detected in the community, which means it is unlikely the virus has been spreading silently for several weeks.

Alerts have been issued for 30 locations on the northern beaches with people asked to get tested and self-isolate if they were present during the times listed.

At the centre of the cluster are two venues: Avalon RSL and Avalon Bowlo.

Eight people in the cluster attended Avalon Beach RSL on December 11, while 16 attended the Avalon Bowlo on December 13. Two people attended both of these venues on these dates.

Ms Berejiklian said the concern was that the cluster might have spread into other parts of Sydney.

"A couple of people at those venues weren't from the northern beaches [and] they've gone back to their home, back to their other suburbs," she said.

"It does mean this potential seeding outside of Avalon and outside of the northern beaches and this is what we need to prevent."

She advised people to wear masks on public transport and at places of worship.

Meanwhile, about 250,000 residents of Sydney’s northern beaches are being asked to stay at home where possible until Monday to give contact tracers time to pinpoint who may be close contacts of confirmed cases.

Lengthy waits for tests have been reported across Sydney as people heed NSW Health’s calls to get tested.

The outbreak has sparked chaos for Christmas travel plans and the Victorian government has asked its citizens not to travel to NSW.

While most states are so far only restricting travellers who have been to Sydney's northern beaches, in practice the uncertainty will prompt many people to cancel trips into or out of NSW.

As case numbers grow, it’s quite possible the cluster will expand to other parts of Sydney, which other states could then be retrospectively declare as hot spots.

Victoria will implement a permit system from midnight on Friday for anyone arriving from NSW, including people who transit through Sydney Airport. Anyone who has been to the northern beaches will be forced into 14 days of hotel quarantine.

Victoria is warning its citizens to avoid travel to NSW because it might close the border.

From Tuesday all international air crew will be confined to one of two hotels instead of 25 or 26.

NSW Health has added 30 locations – including an Aldi supermarket, Commonwealth Bank branch and a Chemist Warehouse outlet – to its list of COVID-impacted venues in the northern beaches.

Get our Coronavirus Update newsletter for the day’s crucial developments and the numbers you need to know. Sign up to The Sydney Morning Herald’s newsletter here and The Age’s here.

Our Morning Edition newsletter is a curated guide to the most important and interesting stories, analysis and insights. Sign up to The Sydney Morning Herald‘s newsletter here, The Age‘s here, Brisbane Times’ here, and WAtoday’s here.