THE Proud Boys celebrated online after Donald Trump told them to "stand back and stand by" during the first presidential debate.

The President's words sparked an immediate reaction from the far-right organization which has been accused of inciting violence during clashes across the US. 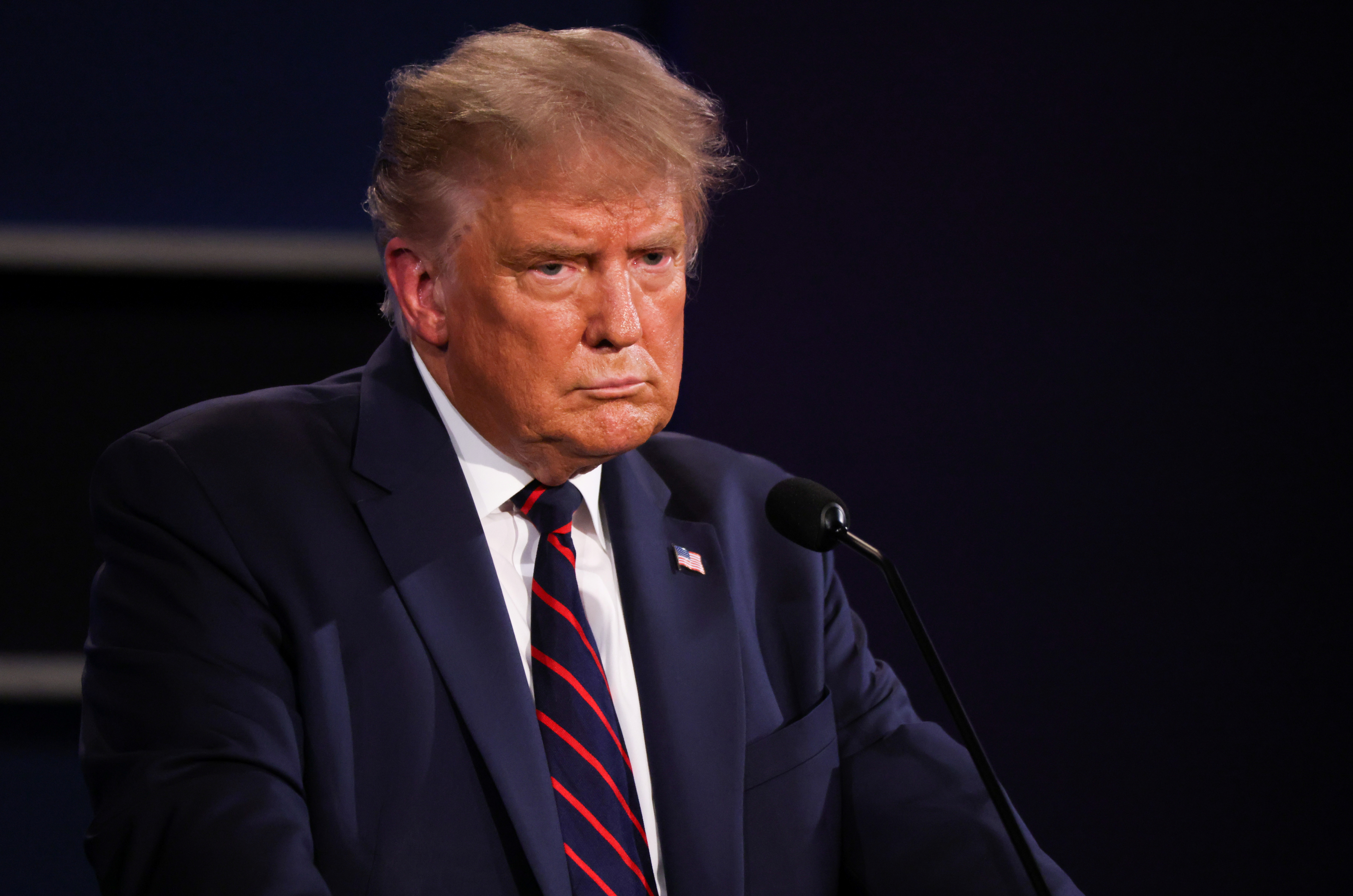 Members of the group posted: "We're ready" and their account on the social media app Telegram promptly posted: "Standing down and standing by sir."

Proud Boys is a far-right organization launched in New York in 2016 which has been classified as a hate group by the Southern Poverty Law Center.

It has appeared alongside other alt-right groups at extremist gatherings, including the Unite the Right rally in Charlottesville, Virginia, in 2018 which left counter-protester Heather Heyer dead and 19 others injured.

"Proud boys, stand back and stand by, but I tell you what, somebody has got to do something about Antifa and the left because this is not a right wing problem, this is a left-wing problem," said Trump when challenged by debate moderator Chris Wallace to condemn white supremacists.

Within minutes, members of the group were posting in private social media channels hailing the president’s comments “historic.” 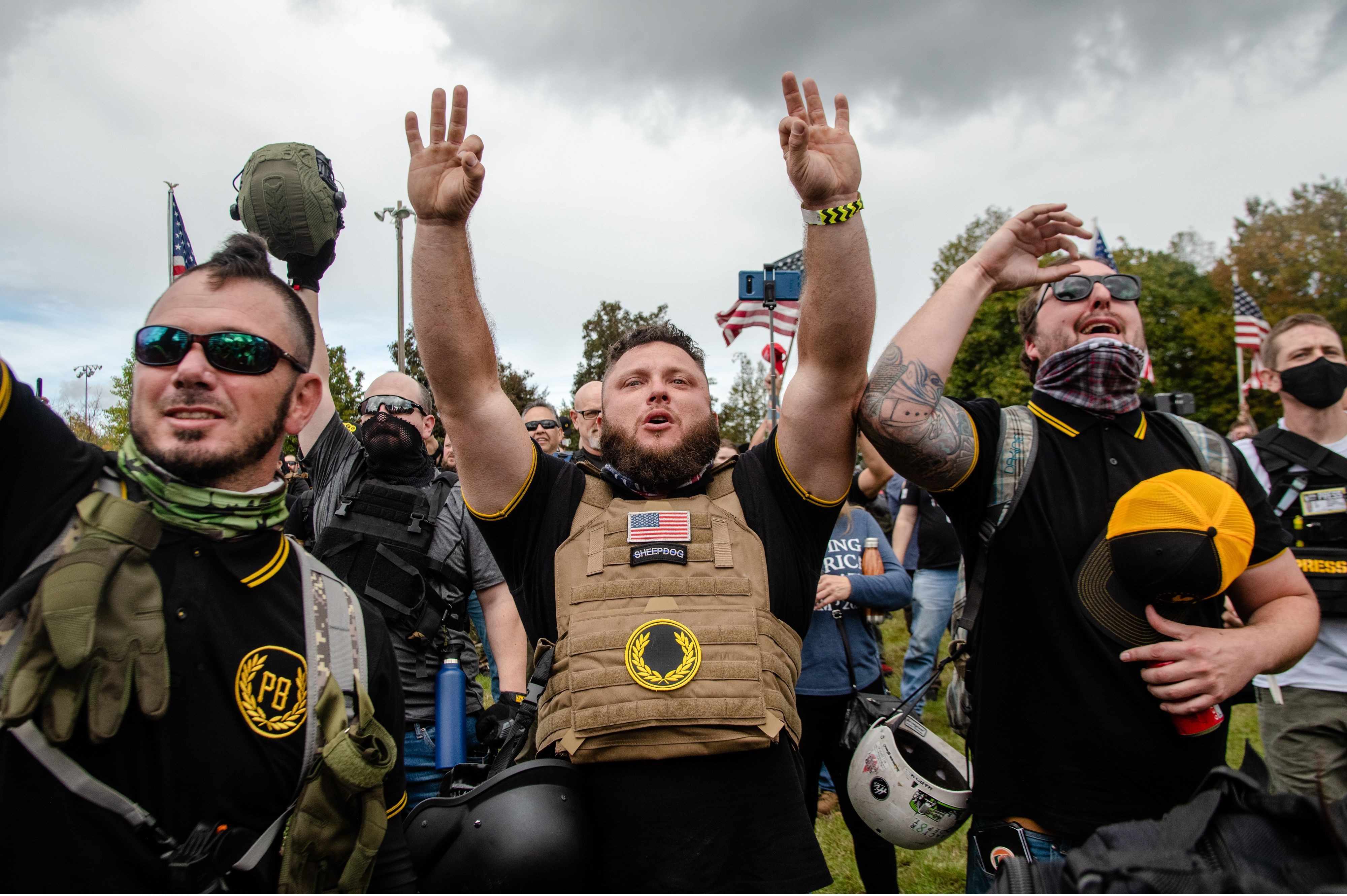 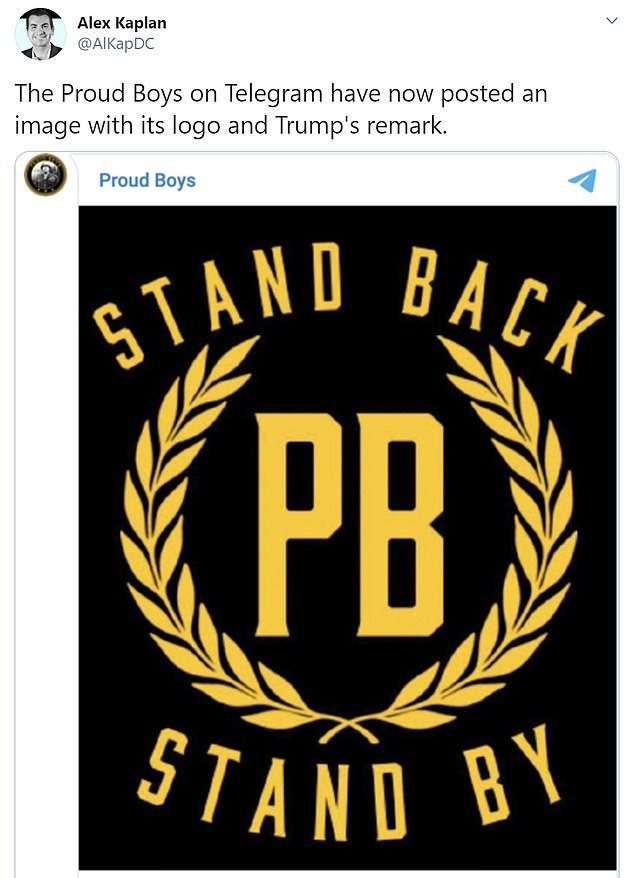 In one Telegram channel dedicated to the Proud Boys,members claimed the comment was a tacit endorsement of their extreme tactics.

In another message, a member commented that the hate-fueled organization was already seeing a spike in “new recruits.”

One account linked to the Proud Boys even appeared to have designed a new 'Stand back. Stand by' logo.

Who are the Proud Boys? 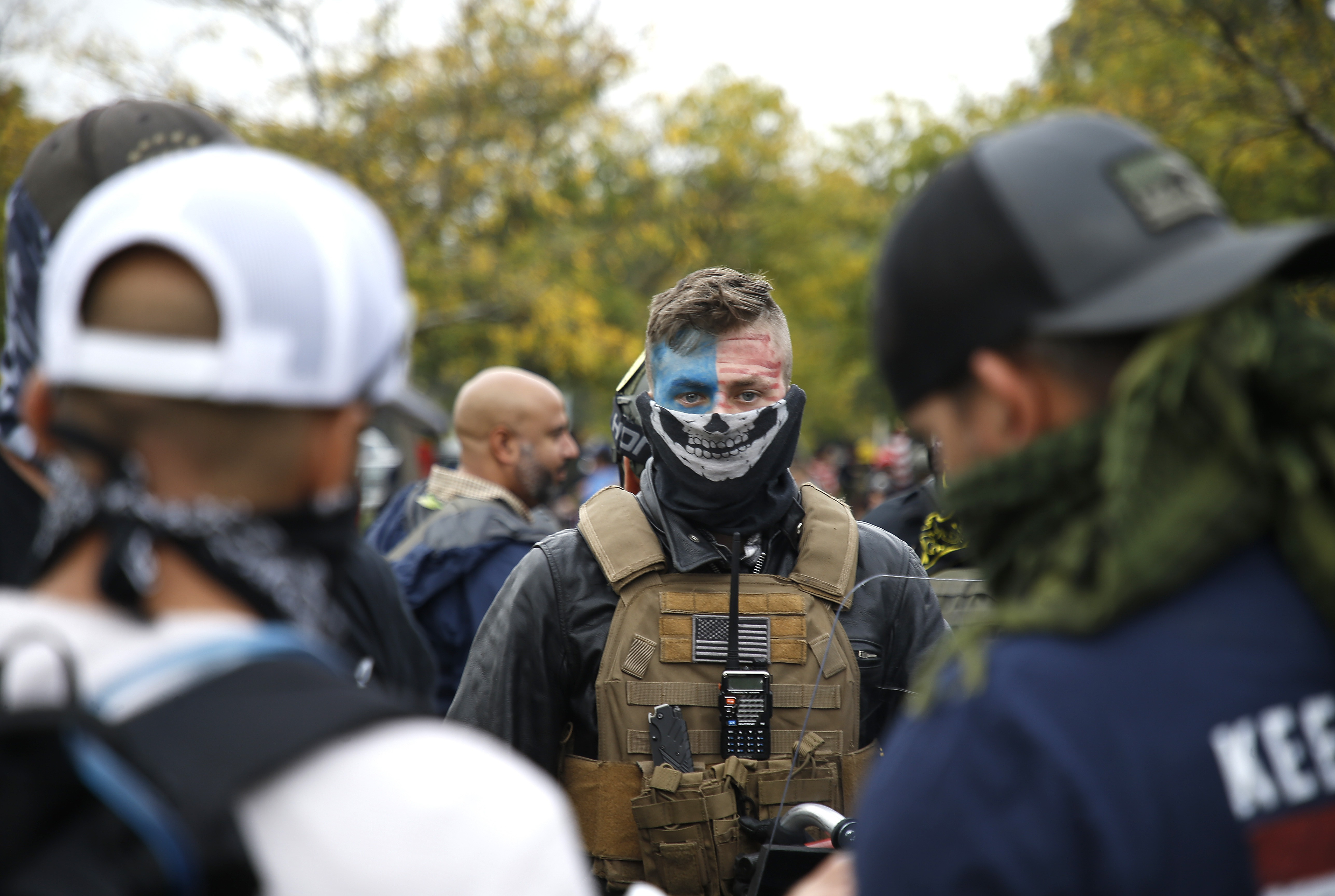 THE Proud Boys is an all-male white nationalist hate group that was founded in 2016.

It was launched in New York City in 2016 and has been classified as a hate group by the Southern Poverty Law Center.

They have often been seen squaring off with Antifa protesters in cities across the US.

There are three degrees of membership, according to the SPLC.

"To become a first degree in the 'pro-West fraternal organization' a prospective member simply has to declare 'I am a western chauvinist, and I refuse to apologize for creating the modern world,'" the SPLC says.

"Those who enter the third degree have demonstrated their commitment by getting a Proud Boys tattoo. "

The SPLC adds: "Any man – no matter his race or sexual-orientation – can join the fraternal organization as long as they 'recognize that white men are not the problem.'

"Women have their own contingent called the Proud Boys’ Girls."

The group denies any connection to the racist “alt-right,” according to the SPLC, claiming they are simply a "fraternal group spreading an 'anti-political correctness' and 'anti-white guilt' agenda."

"Trump basically said to go f*** them up! this makes me so happy."

Jason Miller, a senior adviser to the president's campaign, said the call to "stand by" was "very clear he wants them to knock it off."

"What a ridiculous question from Chris Wallace.!"

White House rival Joe Biden commented on the Proud Boys reaction, responding to a journalist who tweeted out a screenshot of the group celebrating the mention.

"This. This is Donald Trump's America," he tweeted.

What did Trump say about the Proud Boys? 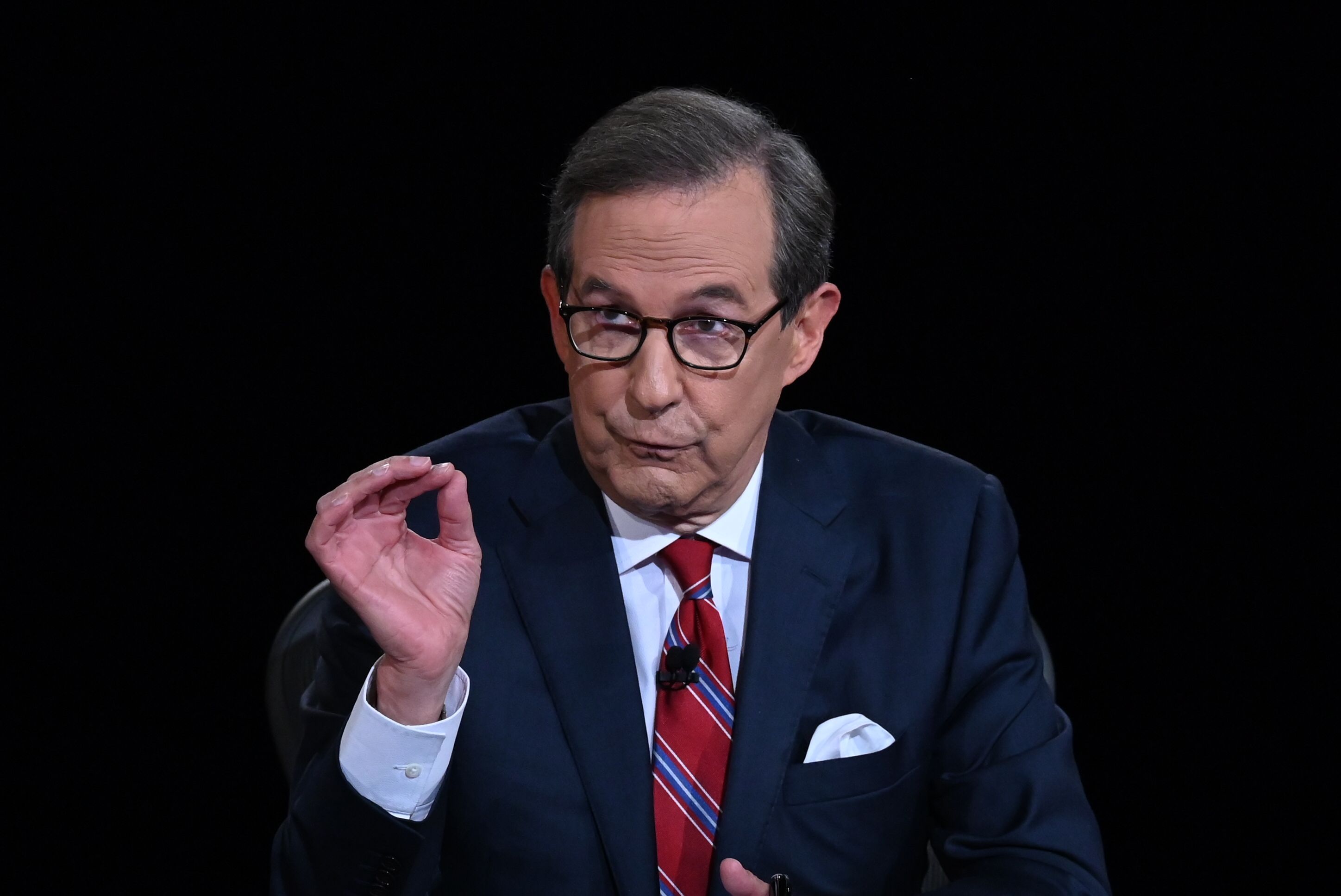 Debate moderator Chris Wallace asked the president if he would condemn white supremacists and militia groups.

"I would say almost everything I see is from the left wing, not from the right wing," Trump replied.

Wallace then asked him to clarify what he meant.

"I'm willing to do anything, I want to see peace," Trump said.

"Then do it, sir," Wallace then said.

Instead, Trump turned his attention to Antifa.

"Proud boys, stand back and stand by, but I tell you what, somebody has got to do something about Antifa and the left because this is not a right wing problem, this is a left-wing problem," he said.

"To say Proud Boys are energized by this is an understatement," Squire told NBC.

"They were pro-Trump before this shout out, and they are absolutely over the moon now. Their fantasy is to fight Antifa in his defense, and he apparently just asked them to do just that."

Anti-Defamation League CEO Jonathan Greenblatt said in a tweet that the president's answer was "astonishing."

"President Trump owes America an apology or an explanation," he said. "Now."

Twitter suspended the Proud Boys from its platform in August 2018, and Facebook followed with a similar ban in October 2018.

Since then, the group has continued to expand its numbers on other social media platforms and has become more visible at protests.

Proud Boys members have also frequently clashed with counter-protesters at rallies in California and Oregon.