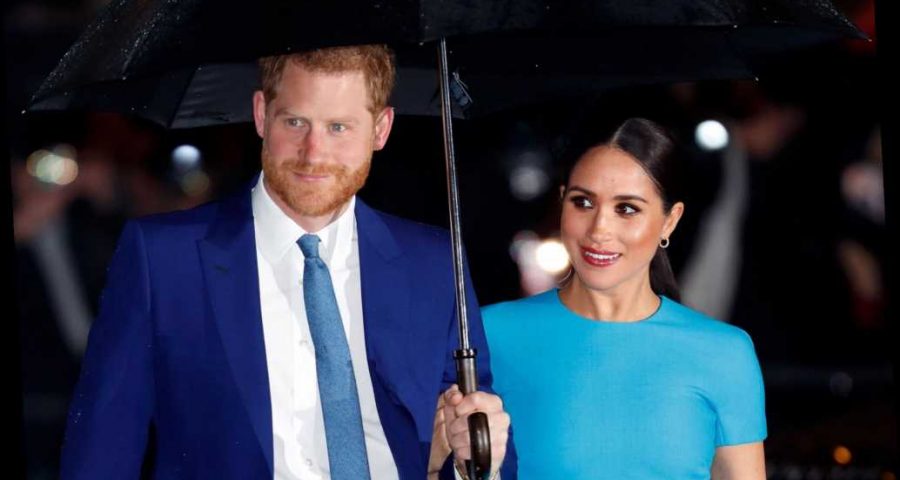 LONDON — Prince Harry and Meghan, the Duchess of Sussex, have finalized their split with Britain's royal family.

Just over a year after the couple first announced they would "step back" from their royal duties, and days after they revealed they were expecting their second child, Buckingham Palace said Friday they would not return as working members of the royal family.

"While all are saddened by their decision, The Duke and Duchess remain much loved members of the family," it said in a statement.

Download the NBC News app for breaking news and politics

Following a conversation with Harry, Queen Elizabeth II "has written confirming that in stepping away from the work of the royal family it is not possible to continue with the responsibilities and duties that come with a life of public service," the statement said.

"The honorary military appointments and royal patronages held by the Duke and Duchess will therefore be returned to Her Majesty," the statement said, adding that they would be redistributed among working members of the royal family.

A spokesperson for Harry and Meghan said they remained "committed to their duty and service to the U.K. and around the world, and have offered their continued support to the organisations they have represented regardless of official role."

"We can all live a life of service," the spokesperson added. "Service is universal.”

The couple stunned the British public when they announced that they intended to first break with the royal family in January 2020, saying they planned to divide their time between the U.K. and North America.

It was agreed then that the situation would be reviewed after a year.

The couple have since have signed multi-million dollar deals with Spotify and Netflix.

Since their wedding in May 2018, the couple have repeatedly clashed with the British tabloid press and Harry has previously called coverage of his wife "racist."

Earlier this month Meghan won a privacy lawsuit against a British media company that published parts of a letter she wrote to her estranged father, Thomas Markle.

She told the High Court in London that media intrusion had caused her "very real sadness" and damaged relationships.

It also emerged in legal documents that she felt "unprotected by the institution" of the royal family while in the press spotlight during her pregnancy with her son, Archie who was born in May 2019.

Meghan revealed that she had suffered a miscarriage in July and wrote about the loss in a New York Times opinion article in November. Their first child, Archie,

The couple will also be interviewed by Oprah Winfrey in a 90-minute primetime special set to air on CBS on March 7. The move will no doubt have further ruffled feathers in a family that prefers not to speak publicly about personal affairs.

This is a developing news story. Please check back for updates.