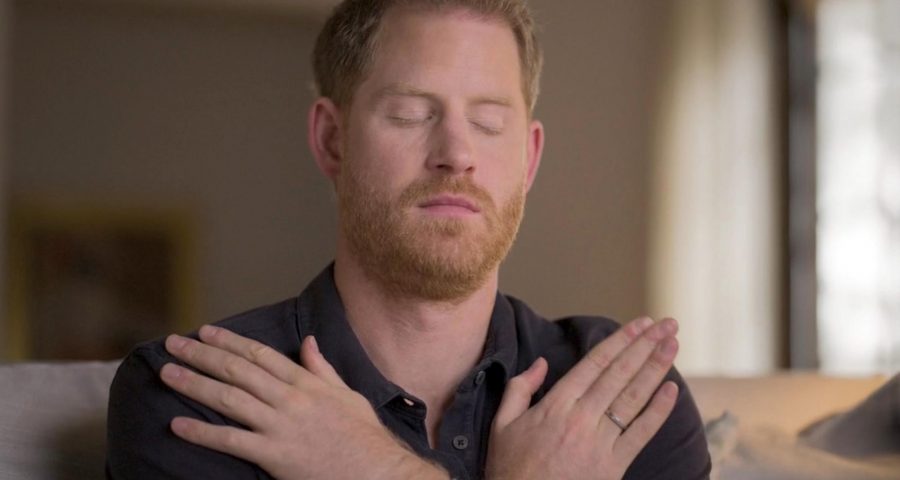 Julia Roberts came between them, but decades later Kiefer Sutherland and Jason Patric are friends again

Howard's end: Shock jock Stern has lost his sting — and his mojo

Clearly not content with his first strike two months ago — he and saucer-eyed, self-pitying wife Meghan whining to Oprah in a prime-time special — Harry is back again to blame his father, brother, and grandmother, the newly widowed Queen, for all that ails him, this 36-year-old globally famous multimillionaire.

It’s Harry’s complaint, and we’re never going to hear the end of it.

In his new Apple TV+ special “The Me You Can’t See” — really, Harry, haven’t we seen it all? — the beleaguered prince sits opposite his new BFF Oprah, lecturing us on mental health.

Really, he’s been through it. Consider this: “Every time I put a suit and tie on,” Harry tells us, “I was in a fight-or-flight mode.”

I’ve said it before, but it bears repeating: This is a supremely bad look for the COVID era. Who is advising these people?

“Making this move was really scary,” Harry goes on. “Like every possible opportunity the forces that were working against us, trying to make it impossible.”

It was only, like, a year and a half ago that Harry and Meghan flounced out of Buckingham Palace, huffing their grievances all the way to a $14 million Montecito mansion despite the royal family’s blessing. We do recall.

Yet in this Apple TV+ series, Harry claims that his critics — by which he means the tabloid press who he believes exploited and killed his mother — must be psychotically damaged to find fault with him.

But by all means, Harry, please keep talking — out of both sides of your mouth, as is your wont, begging for privacy from the media while becoming an active player in the media.

Harkles, thy name is hypocrisy.

So Harry’s back to share more details of how terrible a father Prince Charles was, bequeathing him “genetic pain,” and how his entire family cared nothing for his unhappiness, let alone his future wife’s — despite fast-tracking Meghan into the fold and throwing a $45 million wedding.

Most shockingly, Harry offers more details about Meghan’s suicidal ideations while pregnant with Archie — with no thought to how this will surely affect his son.

Yet Harry tells us that four years of counseling has made him all better! Harry is therapized, Americanized and ready to go, becoming one of our specialties — a self-help guru who’s really only in it to sate his narcissism.

America, strap yourselves into this feedback loop. We’re in it for now, even though Harry hasn’t realized that self-pity really isn’t in the American DNA. Unlike a little thing called the First Amendment, one of our most valued protections — which Harry last week called “bonkers” and something “I don’t understand.”

It’s the very same thing that allows him to, you know, smack talk the Queen and two future kings of England on camera with Oprah like two gals gossiping over cocktails.

Anyway, “the only way to break out and to free yourself,” Harry says, “is to tell the truth.”

Psychobabble, word salad, gobbledygook and Greek to me: It’s all on display, with Harry blissfully unaware that each public overshare diminishes his value on the open market.

We are watching an overgrown child throw an epic tantrum, and the point is unclear. Does Harry want to bring down the royal family? Prove he has something worth contributing? Does he even know what he wants?

One thing is clear: He’s profoundly tone deaf, and a course correction seems unlikely. Even Harry would have to admit the royals did one thing well: Their carefully crafted image of Harry — military man, good with kids, the lighthearted prince with a charitable soul — was far superior to this one.