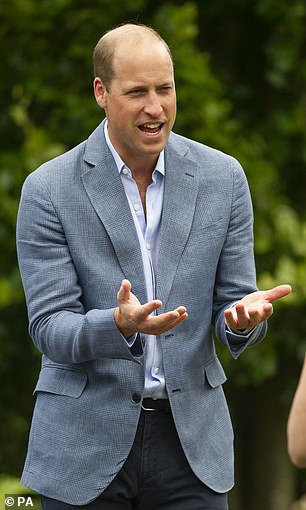 William spoke about the issue ahead of the Heads Up FA Cup final between Arsenal and Chelsea, which he was watching from the Sandringham Estate in Norfolk

The Duke of Cambridge has revealed this nerves ‘were the worst he’s ever known them’ as he watched his club Aston Villa secure their Premier League status with a 1-1 draw against West Ham.

Prince William said he was ‘jumping off the sofa’ as he saw Aston Villa being saved from relegation.

Speaking to the BBC about watching the match, he said: ‘My children looked at me in horror as I was jumping off the sofa, screaming my head off.

‘It’s very good news that as president of the FA that I can hide away until these moments, and I’m not visibly seen because it was one of the most stressful moments of my life, as I imagine every Villa fan felt on that day.

‘But I’m very proud of everything the club has done this year and look forward to next season.’

The Duke of Cambridge said he wants football clubs to ‘aspire to be much better’ around the issue of mental health in the future.

Asked about his Heads Up campaign, William said: ‘We started back last year thinking that to build the momentum around mental health, to be able to talk about more freely and openly, we need to use a vehicle that huge power and huge potential.

‘And we realised that football has got that ability for every person up and down the country, all around the world to really relate to and understand, so we thought why not have the biggest conversation around mental health using football as that tool, and we have been really pleased with the response.’ 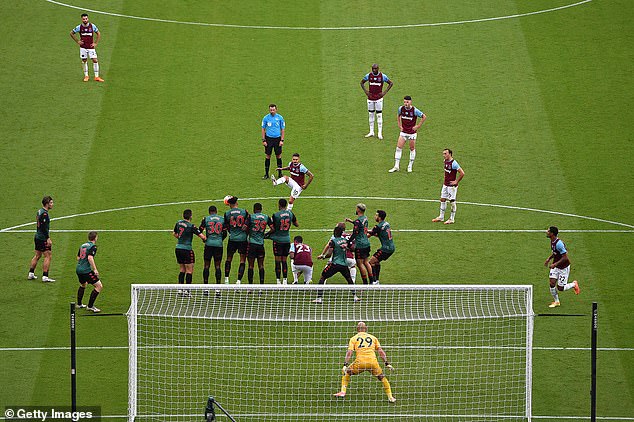 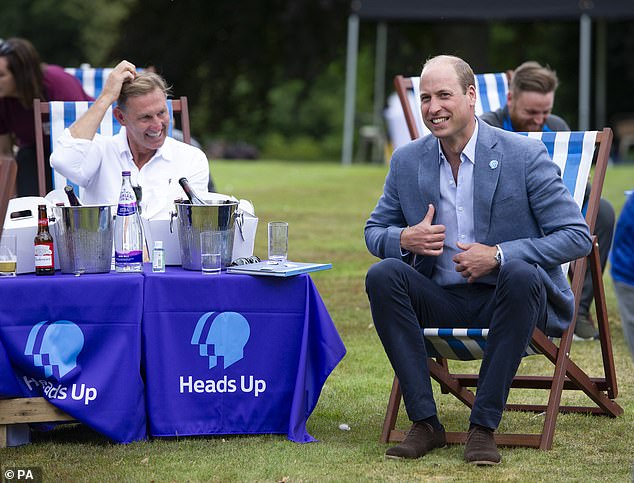