That is the view of psychiatry professor Marco Catani, who believes Attention Deficit and Hyperactivity Disorder (ADHD) explains both da Vinci's chronic procrastination and his creative drive in the arts and sciences. 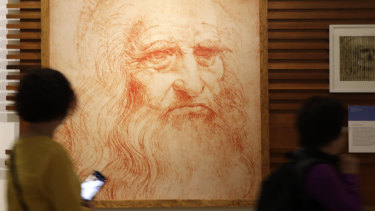 Visitors pass a portrait of Leonardo da Vinci in Rome on the 500th anniversary of his death.Credit:AP

"I am confident ADHD is the most convincing and scientifically plausible hypothesis to explain Leonardo's difficulty in finishing his works," Catani, of King's College in London, argued in a scientific paper published on Friday.

Even the Italian's most famous work, the Mona Lisa, was not completely finished.

Most commonly recognised in children, ADHD is now increasingly being diagnosed in adults, including people with successful careers. Symptoms include an inability to complete tasks, mind-wandering, and mental and physical restlessness. 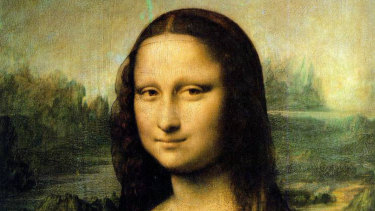 Laying out his hypothesis in the scientific journal BRAIN, Catani said historical records show da Vinci's struggles with sticking to tasks were pervasive from childhood.

Accounts from biographers and contemporaries show he was constantly on the go, Catani said, often jumping from task to task. And like many people with ADHD, da Vinci got very little sleep and often worked continuously night-and-day.

"ADHD could explain aspects of Leonardo's temperament and his strange mercurial genius," he said.

Historical accounts, Catani added, also show Leonardo was left-handed and probably had two other characteristics of people with attention deficit disorder: dyslexia and a linguistic dominance in the right-hand side of his brain.

In a telephone interview, Catani lamented misconceptions that people with ADHD are generally disruptive children of low intelligence and "destined for a troubled life".

He hoped his analysis of da Vinci would combat such stigma and help those affected.

"Leonardo considered himself as someone who had failed in life – which is incredible," he said. "I hope [this case] shows that ADHD is not linked to low IQ or lack of creativity, but rather the difficulty of capitalising on natural talents."