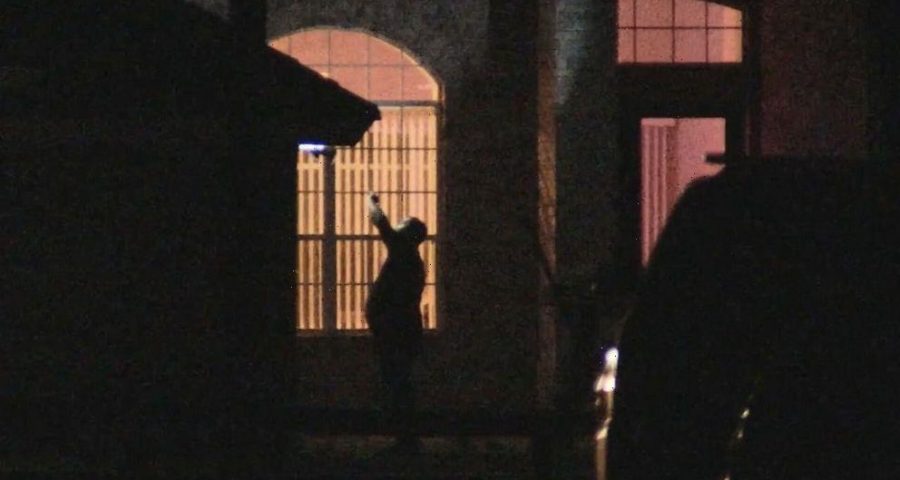 The 14-year-old girl who allegedly opened fire at Florida deputies after breaking into a home could be charged as an adult, according to authorities.

The teen and a 12-year-old boy are alleged to have engaged in a shootout with deputies from the Volusia County Sheriff’s Office after running away from a group home and breaking into an empty house on June 1, authorities said. She made her first appearance in a Volusia County court on Tuesday.

A judge ordered the girl to be held for 21 days until a hearing on June 23. During this period, prosecutors will decide whether she will be charged as an adult, Spencer Hathaway, Florida State Attorney’s Office public information officer, told ABC News.

She has been held at the Department of Juvenile Justice Facility in Daytona Beach since she was released from the hospital, Andrew Gant, a spokesperson for the Volusia County Sheriff’s Office, told ABC News. A nine-day extension of the girl’s detention is expected, Hathaway said.

Both the girl and boy ran away from the Florida United Methodist Children’s Home in Enterprise, Florida, hours before they broke into the home, which was stocked with an AK-47, a handgun, a shotgun and a large amount of ammunition, authorities said.

Deputies surrounded the home and tried to persuade them into surrendering peacefully, but the boy and girl allegedly starting shooting with the homeowner’s guns, according to the sheriff’s office. The girl allegedly threatened to kill a sergeant, Volusia County Sheriff Mike Chitwood said.

The girl was seriously hurt in the shootout, which lasted for about 30 minutes, authorities said. She made references to the video game “Grand Theft Auto” during the shootout, investigators said.

The boy was not hurt and eventually surrendered, officials said.